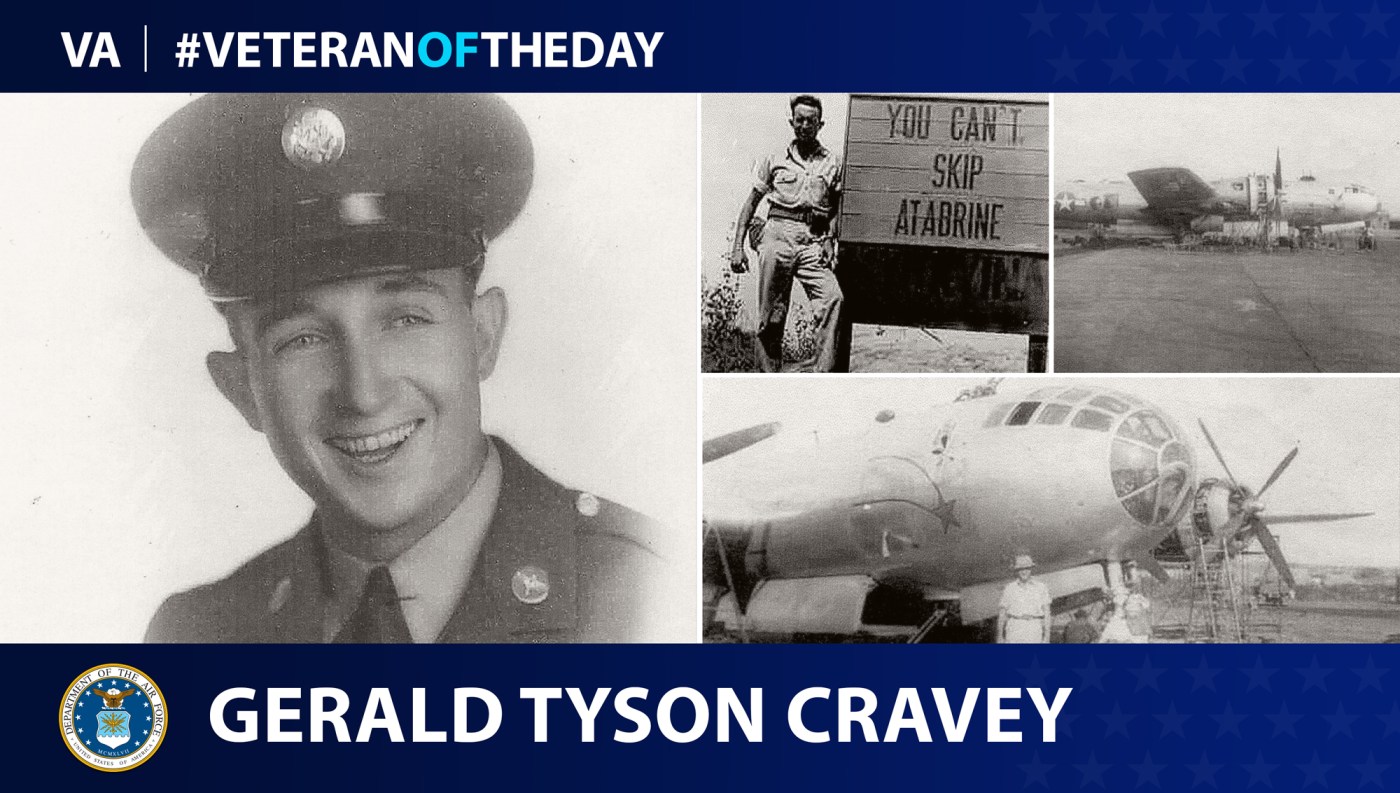 Veteran of the Day graphic by Emma Catlett.

Gerald began his first enlistment with the United States Army in 1938, serving as an artilleryman. During this enlistment, he spent two years stationed in the Panama Canal Zone before being discharged in September 1941. Just two days after being discharged from the U.S. Army, Gerald reenlisted with the newly established U.S. Army Air Forces.

Due to his prior military experience, Gerald was assigned to serve as a drill sergeant at Barksdale Field, Louisiana. Unhappy with his position as a drill sergeant, Gerald jumped on an opportunity to become a radio operator and was sent to Scott Air Force Base for training.

After receiving training in radio operation at Scott Air Force Base, Gerald was sent to George Field in Lawrenceville, Illinois, where, to his dismay, he was again assigned as a drill sergeant. A year later it was found that Gerald had been misassigned, resulting in him being reassigned as a high speed radio operator.

From Illinois, Gerald received orders to deploy overseas with the 20th Air Force in Kharagpur, India. There he was responsible for overseeing radio operators and destroying old communications.  After Kharagpur, Gerald was stationed in Myitkyina, Burma, where he served as a radio station chief.

Gerald was discharged at Camp Grant, Illinois on Nov. 2nd, 1945 at the rank of technical sergeant. For actions during his service, Gerald received an Asiatic-Pacific Campaign Medal with three service stars and a Good Conduct Medal. Upon returning home, Gerald attended the University of Illinois and received a degree in Mechanical Engineering.