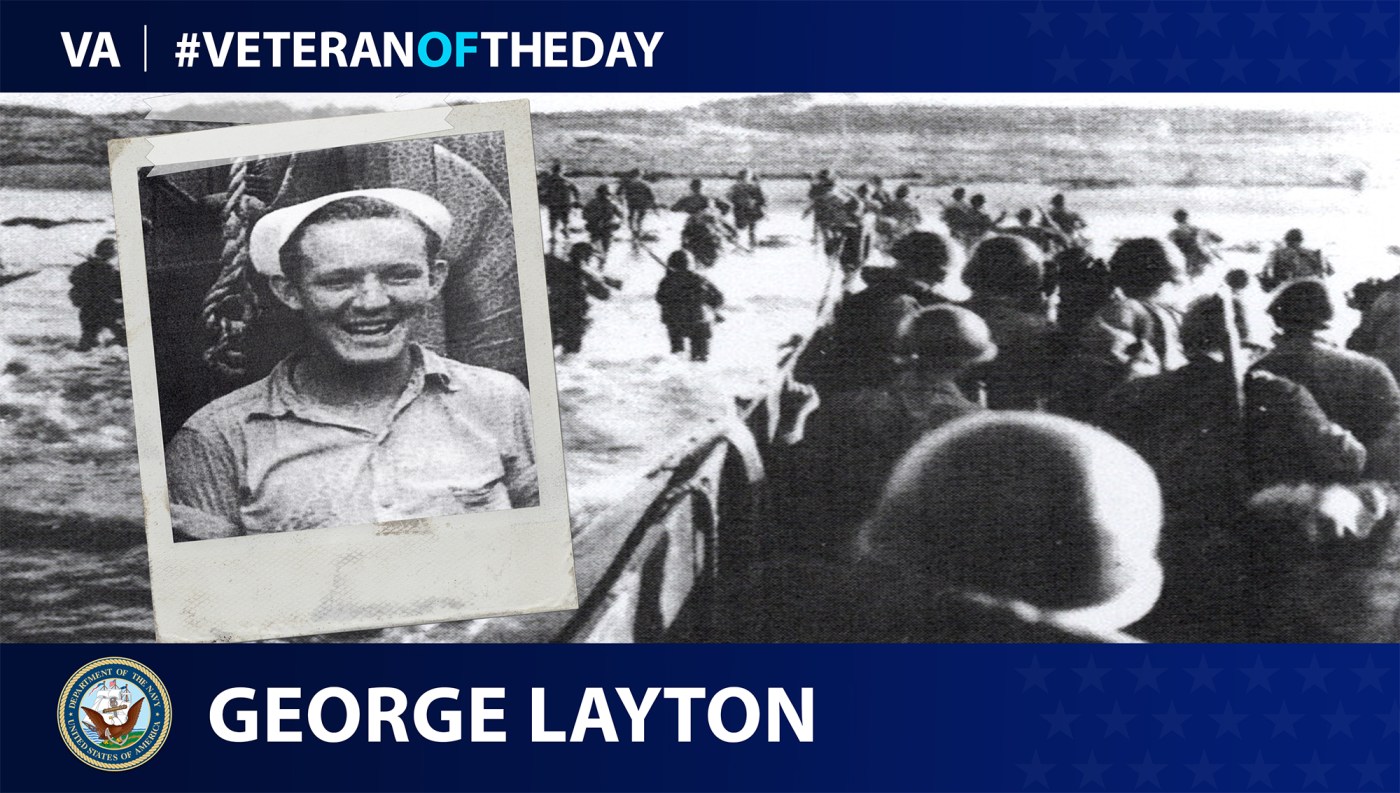 Veteran of the Day graphic by Tenzin Chomphel.

George was drafted into the United States Navy in 1943 and received basic training in Pensacola, Florida. After completing basic training, George was assigned to a clothing store on an Air Force base in Florida, where he served for six months before requesting a transfer.

After being approved for a transfer, George was sent to the Naval Amphibious Base at Little Creek, Virginia and assigned to serve aboard the USS Landing Ship Medium 208. There, he received gunnery training and was responsible for operating one of the ships 40mm guns. Following their training, George and his fellow sailors departed from Norfolk, Virginia for San Francisco. While en route, George and the LSM 208 encountered a bad storm, causing substantial damage to the ship.

After arriving in San Francisco, George and his crew made repairs to the ship before departing for Pearl Harbor, Hawaii. There, they prepared for the US invasion of Okinawa, in which they were responsible for landing the 713th Flame Throwing Tank Battalion on the beach. Upon reaching Okinawa, George manned the ships 40mm bow gun and assisted his crew in defending the ship from Japanese attacks. Despite fierce Japanese resistance, George and his fellow sailors managed to reach the coast and successfully deployed the 713th Flame Throwing Tank Battalion.

During this time, George and his fellow crewmen transported over 400 American prisoners of war from Sendai, Japan to the USS Rescue hospital ship. After serving a year in Japan, George returned to the United States. He was discharged in Bainbridge, Maryland at the rank of seaman first class and returned to his home in Bayard, West Virginia. After returning home, George worked several different jobs before beginning a career as a railroad worker.

Thank you for your service, George!