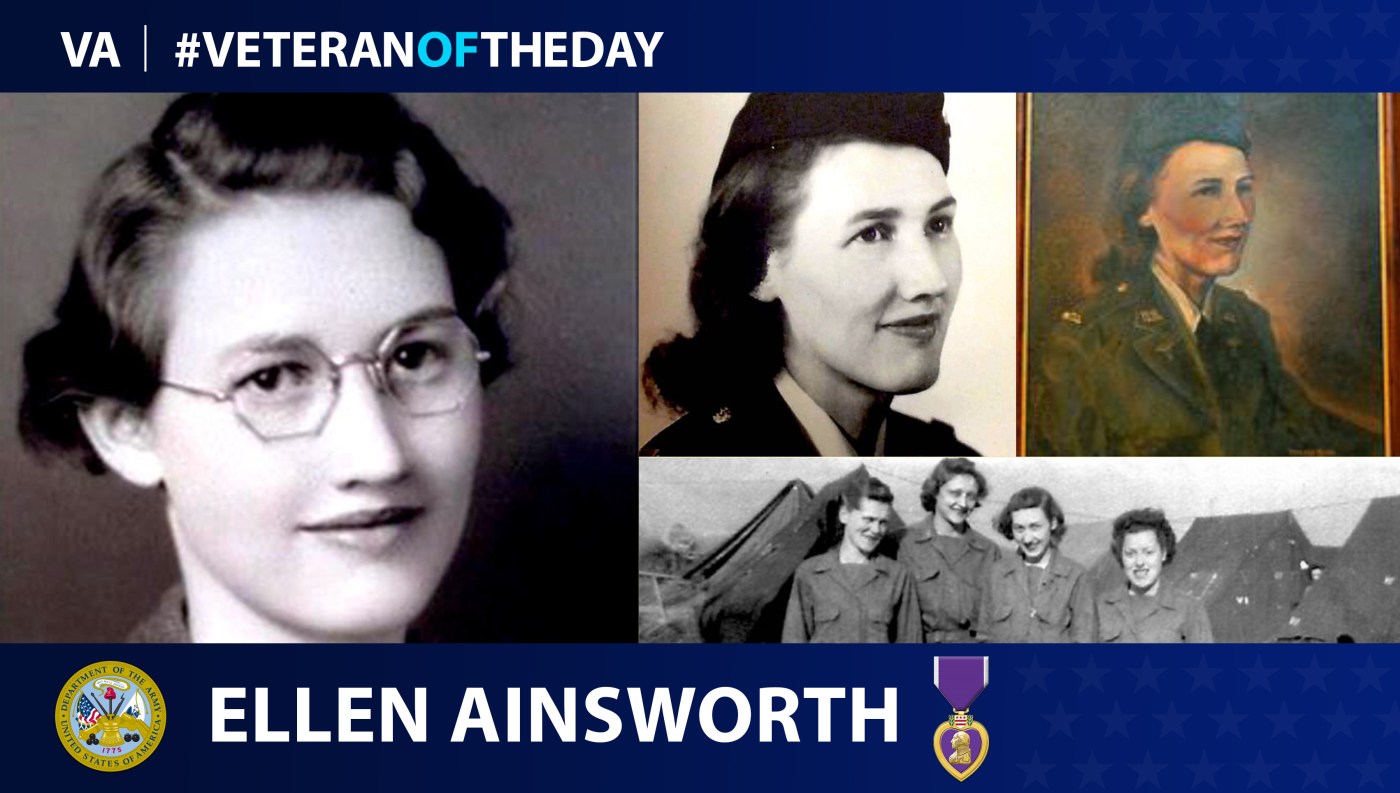 Veteran of the Day graphic created by Tenzin Chomphel for the U.S. Department of Veterans Affairs.

Ellen was born in Glenwood City, Wisconsin. She graduated from the Minneapolis Eitel Hospital School of Nursing in 1941 and joined the Army Nurse Corps in March 1942. Her first duty station was at Camp Chaffee, Arkansas until early 1943, when she was reassigned to the 56th Evacuation Hospital at Fort Sam Houston. The unit subsequently deployed to Tunisia before being relocated to Anzio, Italy. On Feb. 10, 1944, the Battle of Anzio reached the hospital where Ellen was on duty, and she sustained severe wounds from the artillery fire. Ellen remained calm and began to move her patients to safety. She died six days later due to the injuries sustained and was buried at the Sicily American Cemetery in Italy.

We honor your service, Ellen.

#VeteranOfTheDay Veteran of the Day