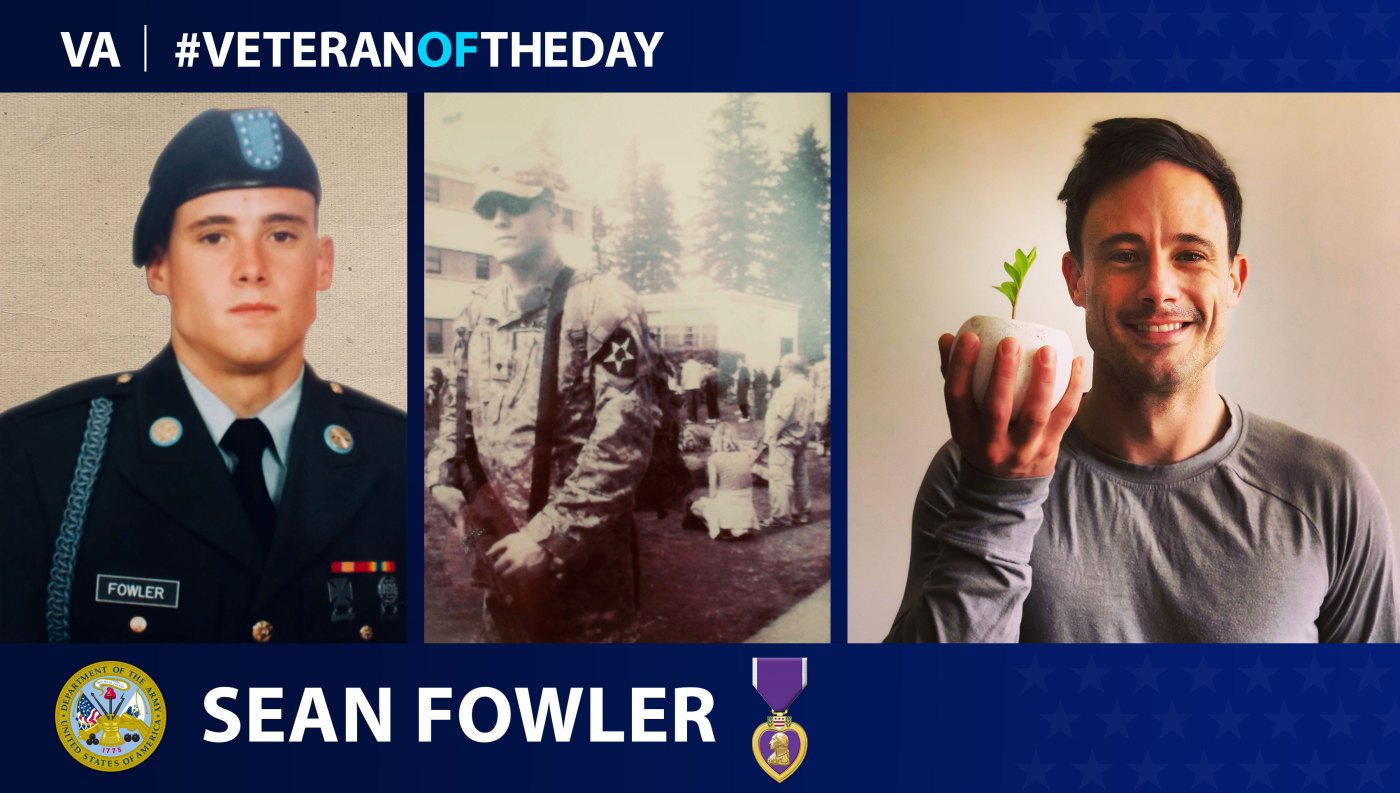 Born in Columbus, Ohio and raised in Reynoldsburg, Ohio, Sean enlisted with the United States Army in 2005. He received both basic and advanced training at Fort Benning, Georgia and was assigned to the 1-38th Infantry Battalion, 2nd Infantry Division. In 2007, Sean was deployed to Iraq in support of Operation Iraqi Freedom. There, he served as a fire team leader and radio telephone operator, responsible for ensuring the maintenance of communications equipment.

During his deployment to Iraq, while working security in southern Baghdad, Sean was tasked with investigating a rooftop. Unknown to Sean and his fellow soldiers, the roof had been rigged with improvised explosives. Upon reaching the roof, Sean was caught in the explosion, causing shrapnel injuries and knocking him unconscious.

Sean recovered from his injuries and went on to serve a second combat tour in Iraq from 2009 to 2010. For injuries sustained during his first deployment, Sean was awarded the Purple Heart. In addition to the Purple Heart, Sean earned the Combat Infantryman Badge for fighting in active ground combat.

While not on a combat deployment, Sean spent time stationed at Joint Base Lewis-McChord, Washington and Joint Base Myer-Henderson Hall, Virginia. In addition to serving with the 2nd Infantry Division, Sean spent time with the 3rd U.S. Infantry Regiment as a congressional escort for the Office of the Chief Legislative Liaison.

Following his time in Iraq, Sean suffered from chronic back pain and required major surgery on two of his lumbar vertebrae. As a result, after nearly 12 years of service, Sean was forced to retire from the Army in 2016 at the rank of staff sergeant.

Following his service, Sean began working as a program analyst for the Department of Homeland Security. In addition to his work, Sean began attending classes at George Mason University School of Business in Fairfax, Virginia, where he is earning his undergraduate degree in business. To deal with pain caused by his injuries, Sean practices yoga and meditation.

Thank you for your service, Sean!

#VeteranOfTheDay US Army Veteran of the Day