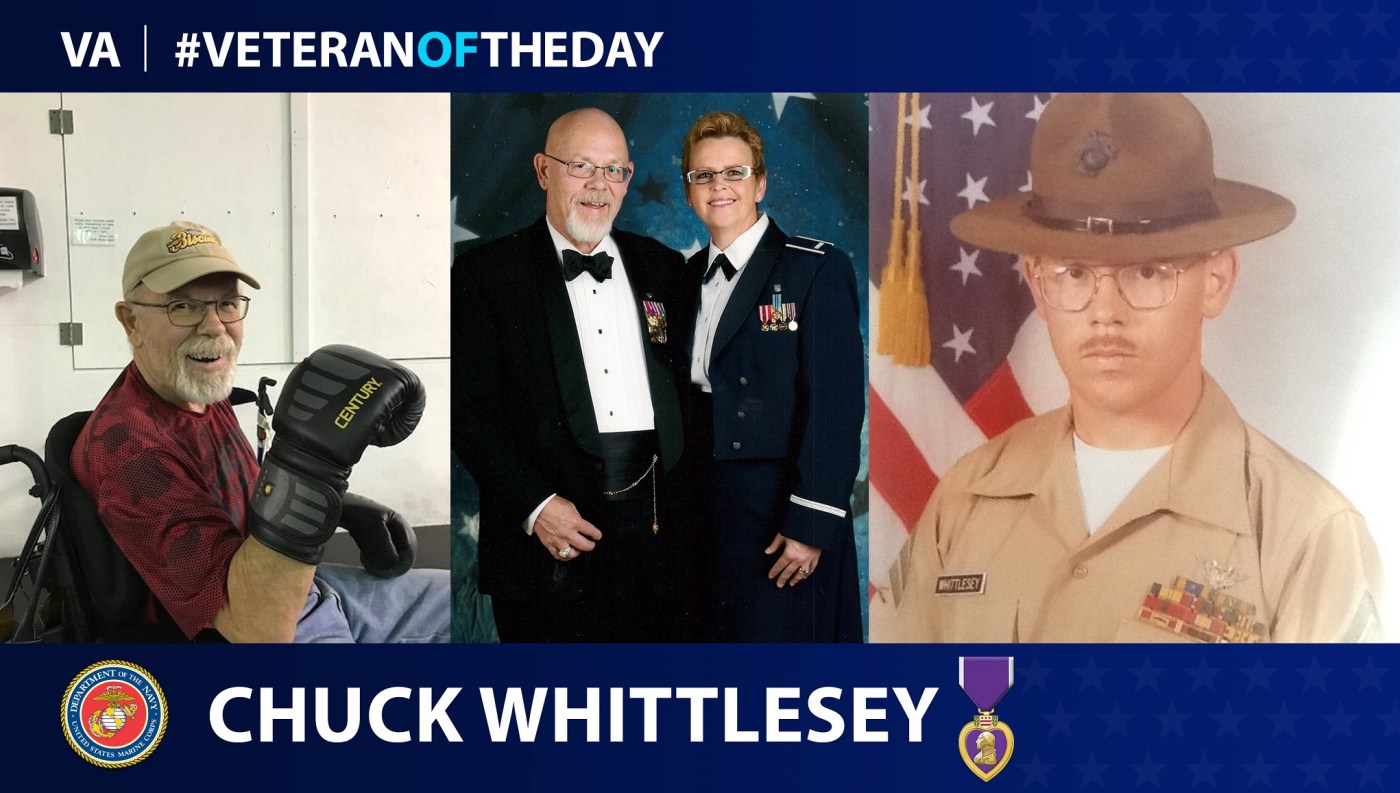 Veteran of the Day graphic created by Bryttni Carpenter for the U.S. Department of Veterans Affairs.

Chuck Whittlesey was a Marine Drill Instructor during his military career.

Chuck was born in 1945 and enlisted in the Marine Corps on March 21, 1967 as an infantryman. In his career, Chuck became a Marine Corps Drill Instructor and later rose to the rank of chief warrant officer four as a nuclear, biological and chemical officer. He also participated in the Vietnam War from 1969 to 1970, and Operation Desert Storm from 1990 to 1991.

Chuck retired from the Marine Corps in 1992 at the rank of CW4 and currently lives in Castroville, Texas.

Thank you for your service, Chuck!