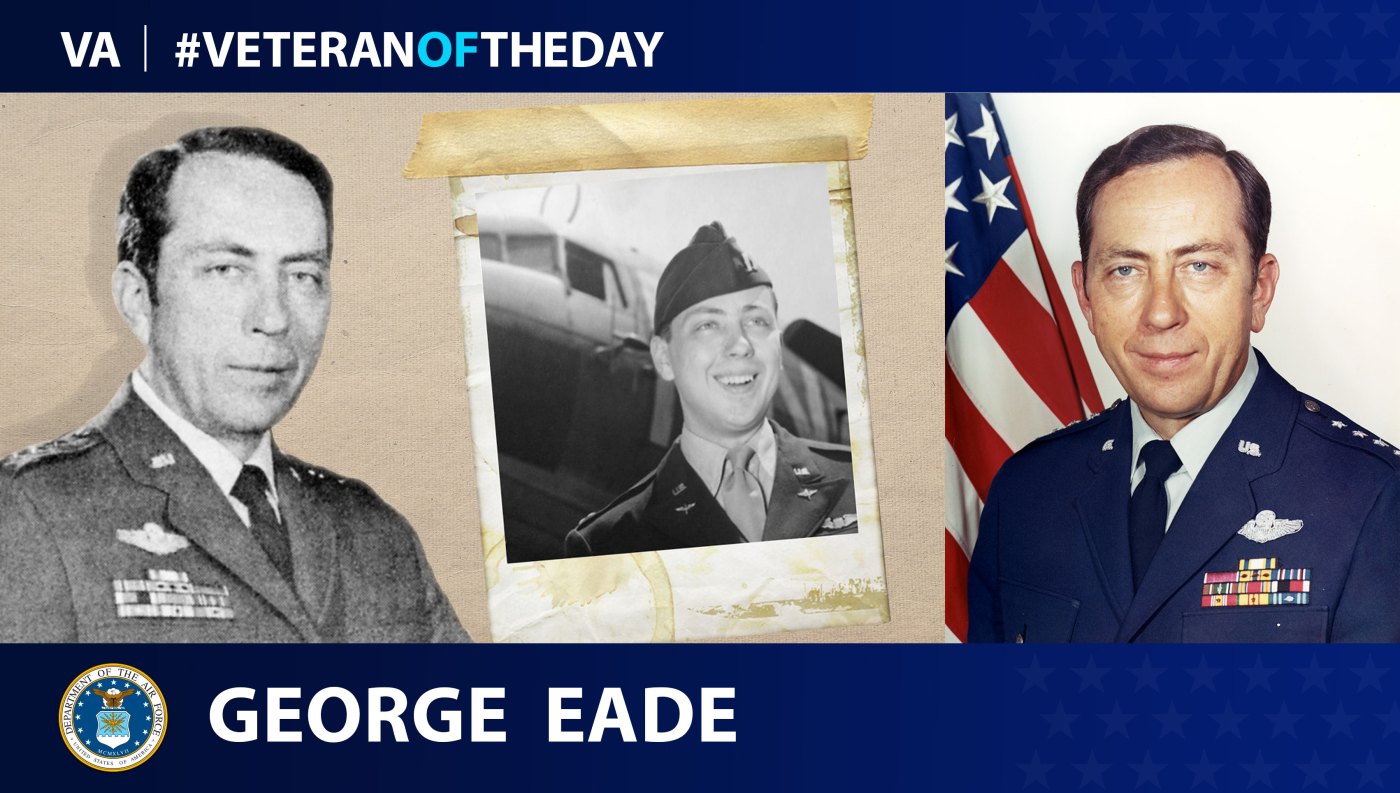 George was born in Lockney, Texas in October 1921. He later moved to the Chicago area, where he graduated from York High School in Elmhurst, Illinois. George went on to attend the Illinois Institute of Technology.

After Pearl Harbor, he entered the Army after completing flight school with the rank of second lieutenant. George fought in the European theater, flying several of his missions in North Africa. He flew 37 combat missions, even after being seriously wounded.

Upon returning home, George continued his service with the Air Force, joining the Strategic Air Command. He flew on B-29s with the 43rd Bombardment Wing at Davis-Monthan Army Field in Arizona. Eventually, he was promoted to commander of the 1st Strategic Support Squadron. From 1956-1958, he was the deputy director of SAC in England. George would return to the United States and command bomber units at Barksdale Air Force Base, Louisiana and Carswell Air Force Base, Texas. To finish his long and distinguished career, George worked as the Deputy Commander in Chief of United States European Command. During this time, he oversaw operations relating to the Arab-Israeli War and Greece-Turkey Conflict. George retired with the rank of four-star general and had received the Air Force Distinguished Service Medal for his leadership of some of the military’s most important units during the Cold War.

George and his wife, whom he met in Paris after WWII, retired to Healdsburg, California. He loved spending time in nature. George passed away in August 2018.