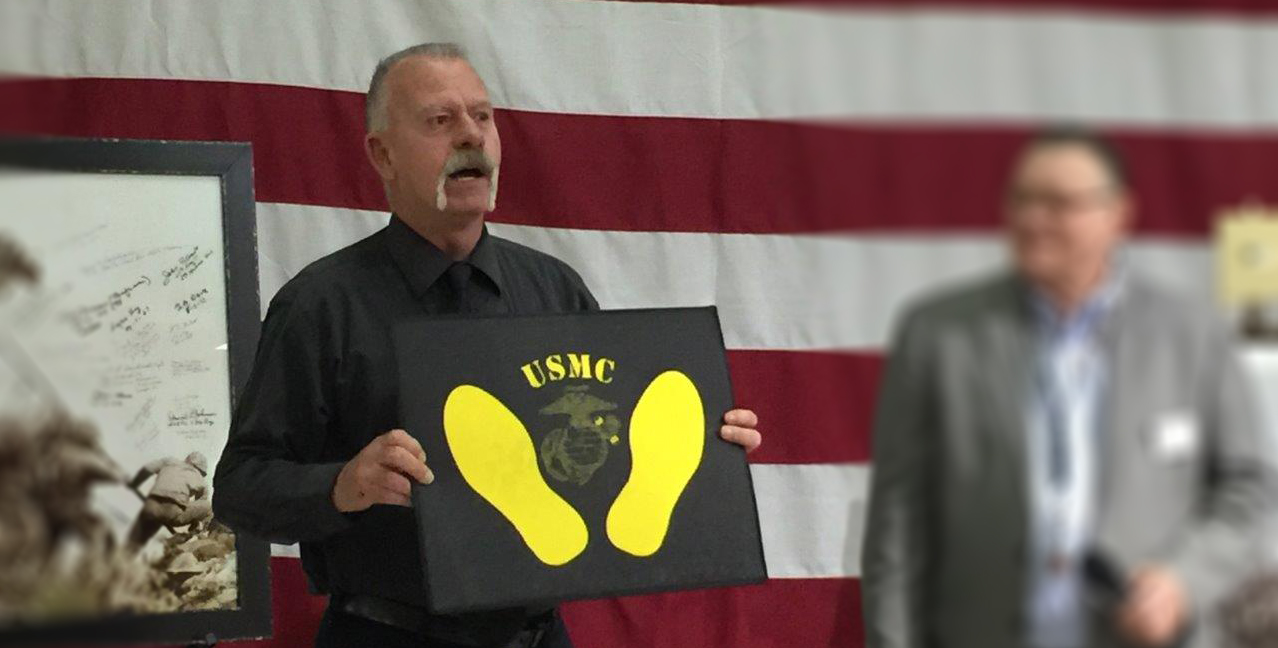 At 32 percent, VA has one of the highest rates of Veteran employees in the U.S. Government. This is a key reason the National Cemetery Administration routinely scores a customer satisfaction rate close to 100%. It is due, in part, to the idea that Veterans are passionate about serving other Veterans.

That idea is epitomized in Dallas-Fort Worth National Cemetery Director Larry Williams.  He served in the Marine Corps from 1970 to 1973, assigned to the 2nd Reconnaissance Battalion. When he started work with NCA, he brought the same dedication and “Semper Fidelis” spirit with him.

He said that he loves the job because, “I get to meet the public. I serve Veterans every day. This is what we’re all about here at the NCA. I think it’s really rewarding.”

Williams dedication extends beyond his own actions, he also fosters it in his employees. Deb-B Kamisato was the administration officer with Williams at the Dallas-Fort Worth National Cemetery from 2012 to 2017.

“He’s a stand-up man. He takes care of everything. He trains people to do that too. He expects everyone to know the whole operation. You don’t get to just be an admin person. He knows that a family member will come up to any of us and ask a question.

They don’t know what your job is. They just see the NCA shirt. And if we are serving them as best we can, they don’t have to ask three people to get the right answer,” she said.

Cemetery Director and former Marine, Larry Williams receives a set of yellow footprints for his support of the Dallas-Fort Worth Veterans Center. The footprints are similar to the ones Marine recruits stand on during their first day in basic training.

Kamisato stated that thanks to his dedication and commitment to his employees, she was the first administrative officer to serve as a mentor to a cemetery director. Kamisato said when people voiced concern at having and administration officer be a mentor, “Larry said, ‘She can do everything I can,’” and she was made a mentor.

“Larry set me up for success. He does that for everyone.” She said.

Kamisato said that Williams also takes on many Compensated Work Therapy referrals from the Veterans Health Administration, the part of VA responsible running hospitals. CWT Veterans often have a history of substance abuse and/or criminal convictions. Kamisato said Williams is almost always willing to take a chance on them. He takes the time to get to know them and know that he’s taking a risk by allowing them to work at the cemetery. Kamisato said that sometimes CWT Veterans can relapse, when that happens, Williams takes personal care to do what’s best for the CWT Veteran and help them achieve a better outcome in their life.

While Larry accredited his passion to simply, “not having a life outside of work,” Kamisato believes there’s something more.

“He truly believes in veterans. He tells us that at the NCA, it’s the last chance we have to do right by the veteran. … It saddens him that people aren’t as passionate about veterans as he is. He’d still be a GS-5 director if you told that’s what he had to do.”