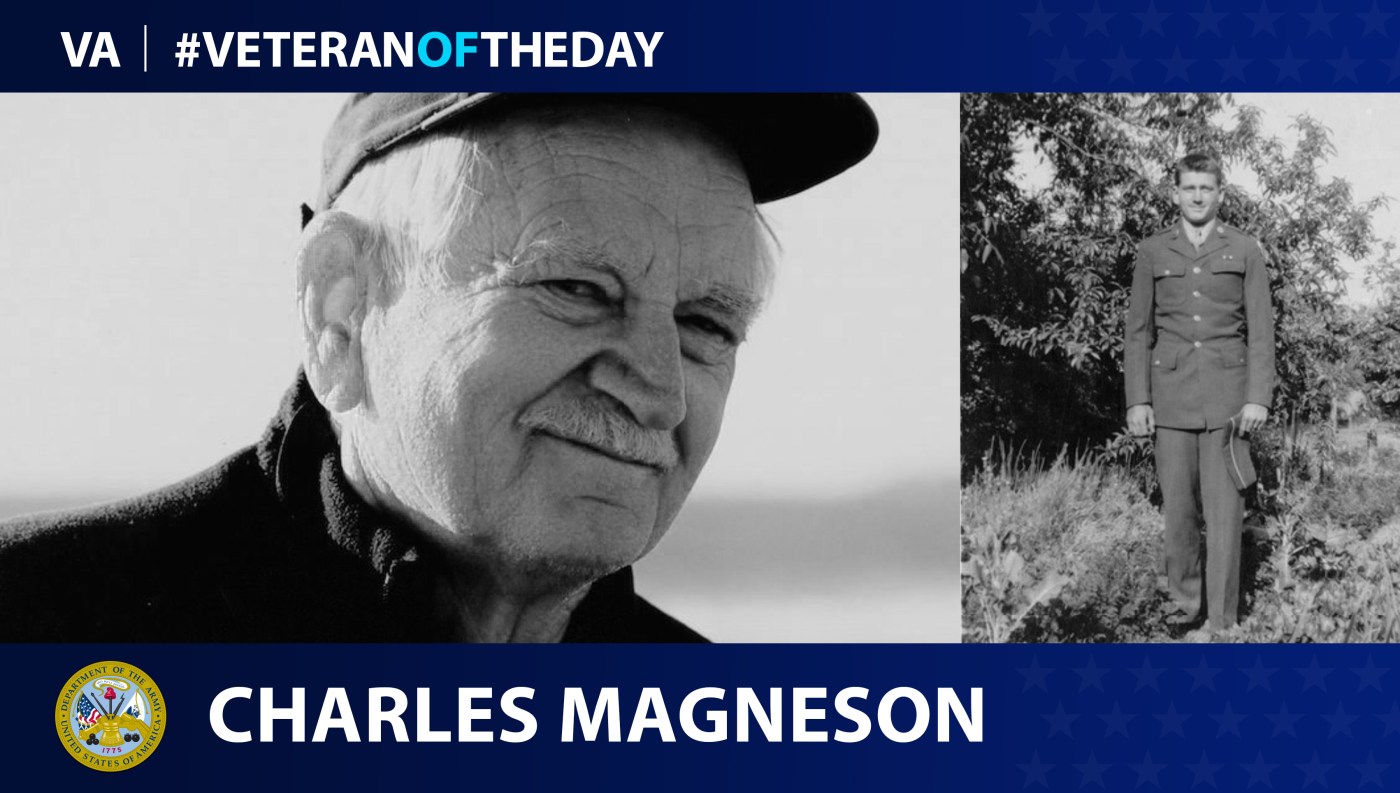 Veteran of the Day graphic by Tenzin Chomphel.

Charles was not happy at college, so he decided to enlist in the Air Force. He later joined a specialized training program and transferred to the Army. As part of the program, Charles attended Clarkson College for nine months and trained to become an engineer. There were no civilians at the college at the time, it had been taken over completely by the Army. Charles finished this training in March 1944 and was sent to Louisiana to do maneuvers with the 75th Division. During this time, Charles would sometimes have to march for eight or nine hours a day and do maneuvers all night. He went on leave after this before his unit was set to go overseas, but he fell very ill and was not ready to leave when the rest of his unit left.

Charles ended up going overseas as an individual replacement and joined the 99th Division. When he first got there, they asked for volunteers for a carpentry project, so Charles volunteered. The captain did not have much experience with carpentry, so he was concerned because he did not know how to make a building square. Charles was able to help the captain complete the project and make sure the building was square. He then returned to his unit and spent his time in a dugout, which was very uncomfortable when the snow and ice began to thaw and got everything in his dugout wet. Charles carried a bazooka across Belgium and France. His unit encountered a lot of resistance at the Battle of the Bulge, taking many casualties. Charles ended up near Nuremberg when the war ended. He finished up college after he was discharged. Charles passed away in 2017. More of his story can be found at http://memory.loc.gov/diglib/vhp/story/loc.natlib.afc2001001.34961/