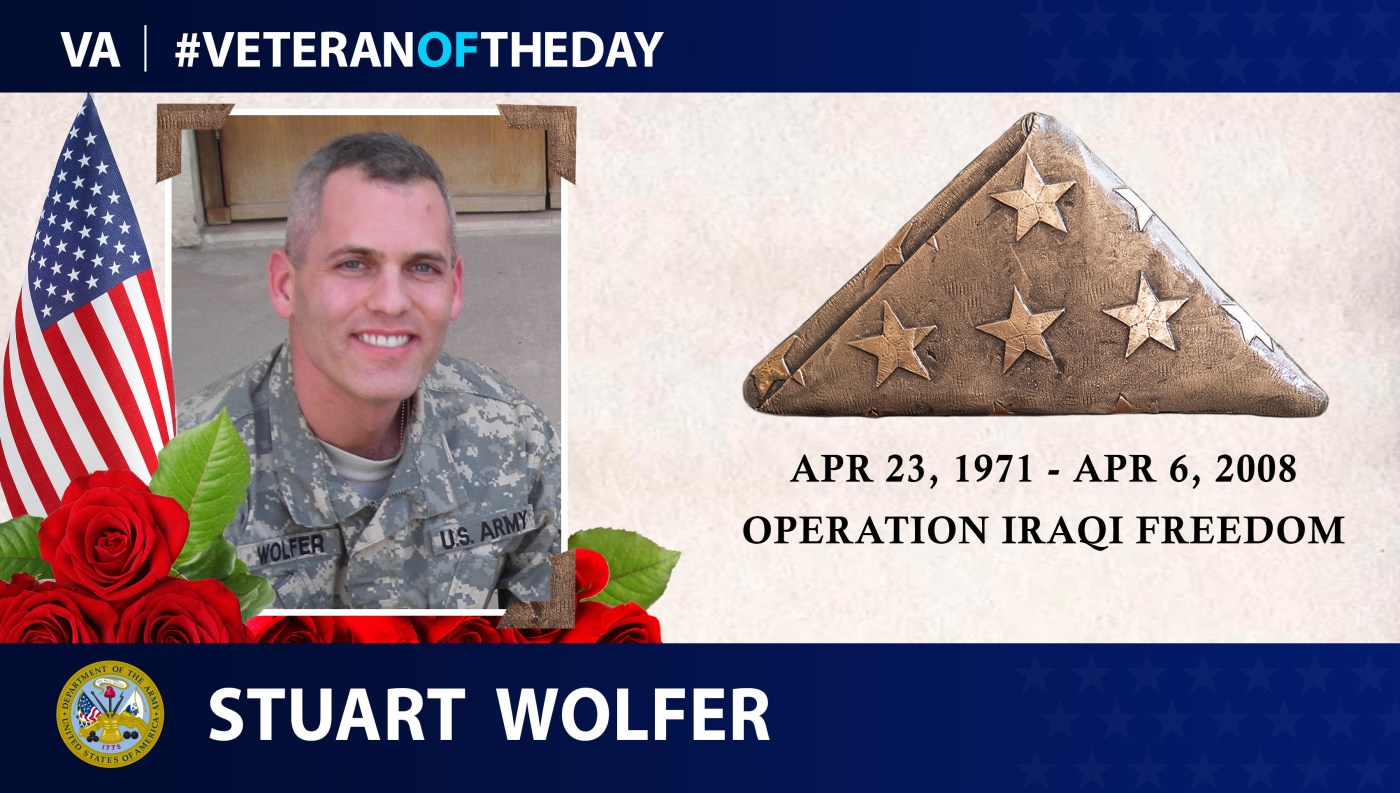 Veteran of the Day graphic by Alexandria Craig.

Stuart joined the Reserve Officer Training Corps while attending classes at Washington University in St. Louis, Missouri. In May 1993 after completing his degree, Stuart was commissioned as a 2nd lieutenant in the United States Army Reserve. Upon completing his training, Stuart was assigned as a logistics officer with the 11th Battalion, 104th Division out of Boise, Idaho.

On Dec. 29, 2007, Stuart was deployed to Iraq with the 11th Battalion in support of Operation Iraqi Freedom. There he served as a logistics officer with the Multinational Security Transition Command as a member of the Civilian Police Transition Team out of Phoenix Base, Baghdad. Stuart and his fellow soldiers were responsible for assisting local government forces to establish an effective Iraqi police force.

On April 6, 2008, while stationed in Baghdad, Stuart and a fellow soldier were struck and killed by indirect fire. During his time in Baghdad, Stuart served honorably, spending his free time assisting the Boy Scouts of Iraq. He is interred at Glendale Cemetery in Des Moines, Iowa.