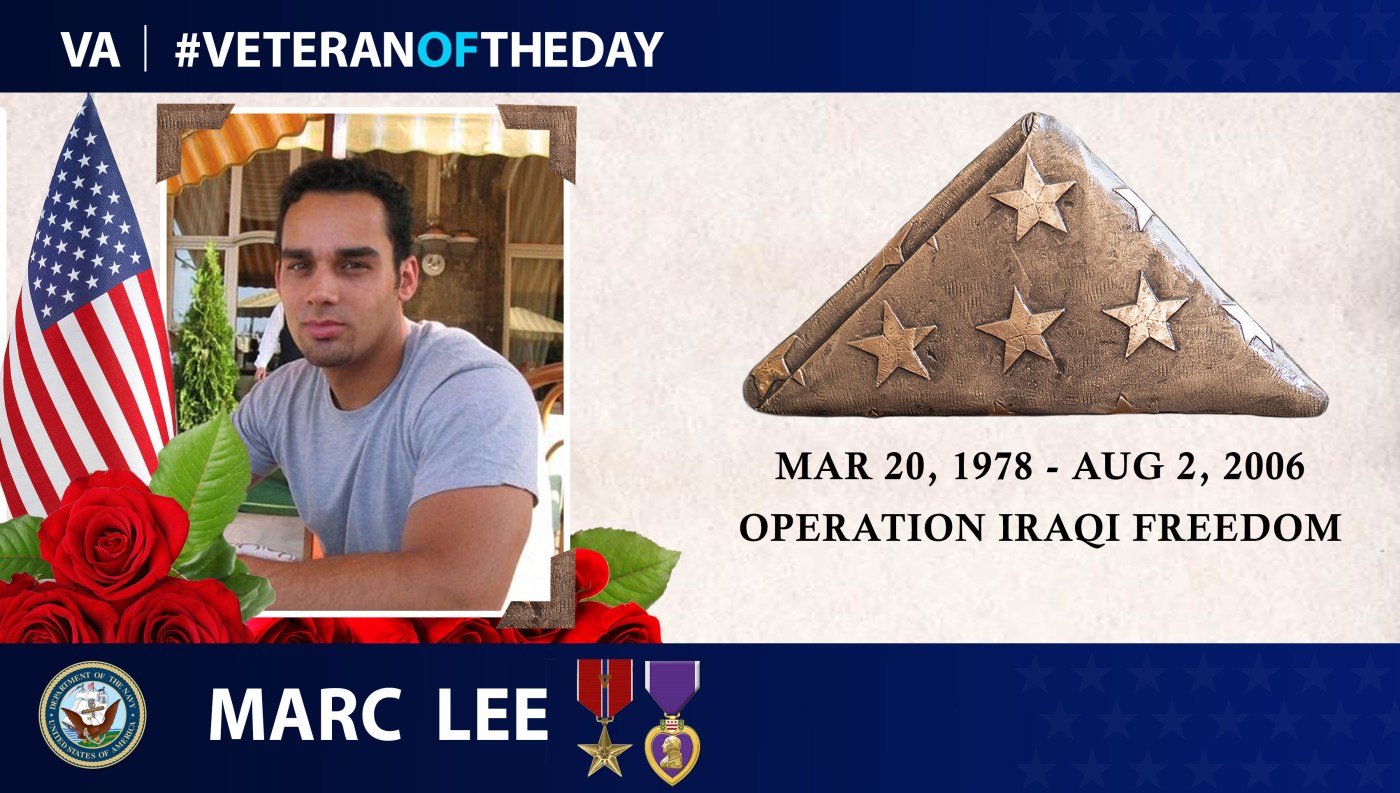 Marc enlisted in the United States Navy SEAL program in May 2001 and began the Basic Underwater Demolition/Sea Air and Land training at the Naval Special Warfare Center in Coronado, California. During the course of the program, Marc developed pneumonia and was forced to drop out. In 2004, after deploying as an aviation ordnance technician aboard an aircraft carrier, Marc returned to SEAL training. He went on to complete the program in November 2004 and was assigned to Charlie Platoon, Task Unit Bruiser of SEAL Team 3.

Marc and his platoon were deployed to Iraq in support of Operation Iraqi Freedom. In 2006, Marc and his fellow Navy SEALs joined U.S. and Iraqi soldiers in support of an offensive against an insurgent stronghold in Ramadi, Iraq. During one engagement, Marc and his team came under intense fire from heavily armed and aggressive insurgent forces. In an effort to protect his fellow teammates, Marc exposed himself to direct fire and engaged the enemy with his machine gun. During his efforts to protect his fellow service members, Marc was fatally wounded.

Marc was laid to rest at Fort Rosecrans National Cemetery in San Diego, California. He was the first Navy SEAL to be killed while deployed in support of Operation Iraqi Freedom. Throughout his time with the U.S. Navy, Marc reached the rank of aviation ordnanceman petty officer 2nd class. In addition to the Bronze Star with Valor and the Purple Heart, Marc was posthumously awarded the Silver Star for his actions on that day.