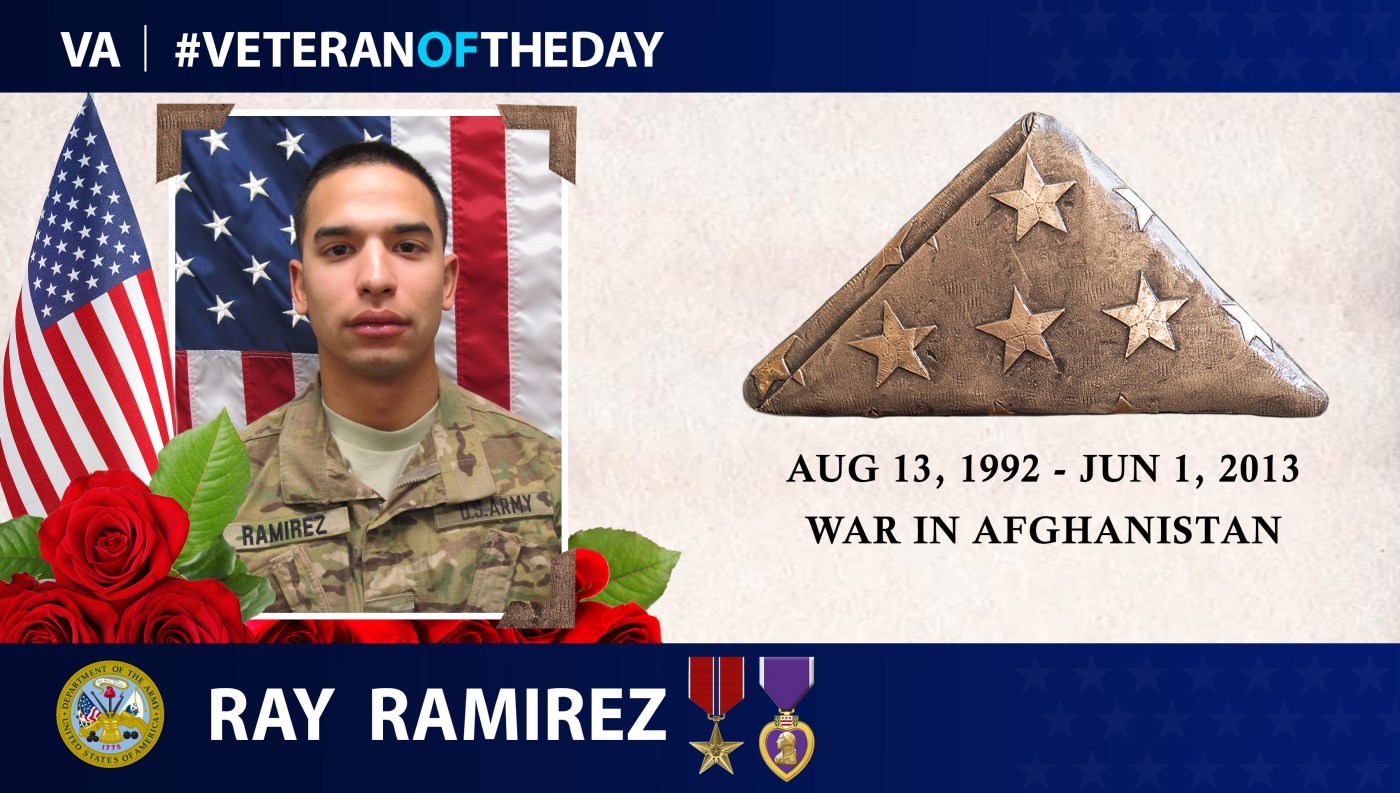 In March 2011 after graduating high school, Ray declined a scholarship to play Division I college baseball and instead chose to enlist with the United States Army. After completing his training, Ray was assigned to the 3rd Battalion, 15th Infantry Regiment, 3rd Infantry Division’s 4th Infantry Brigade Combat Team stationed out of Fort Stewart, Georgia.
On June 1st, 2013 while serving a combat deployment in Wardak province, Afghanistan, Ray was mortally injured by an improvised explosive device. He was 20 years old.

Ray’s final rank was specialist. For actions during his service, Ray was awarded the Bronze Star and the Purple Heart. He is interred at the Sacramento Valley National Cemetery in Solano County, California. Ray is remembered as a loving son and dedicated service member.