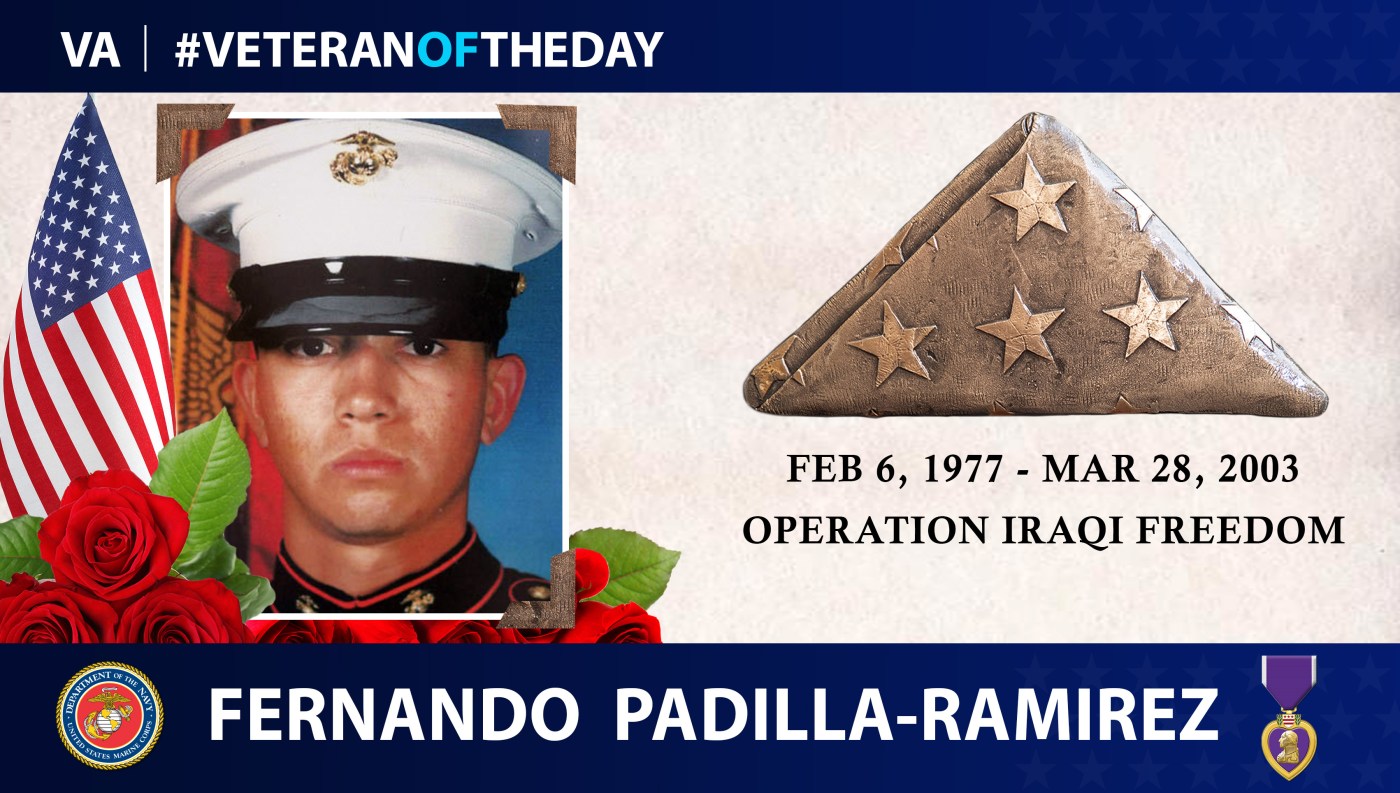 Born in Mexico, Fernando was brought to the United States as a child and grew up in San Luis, Arizona. There, he became fascinated with law enforcement and sought a career as a police officer, joining the Police Explorers Program at the age of 12.

After graduating high school, Fernando enlisted in the United States Marine Corps for four years and later extended his service for another three. After completing his training, Fernando was assigned to Marine Wing Support Squadron-371, Marine Wing Support Group-37 stationed out of Marine Corps Air Station Yuma, Arizona. He was naturalized as a United States citizen in 2001.

On March 28, 2003 while deployed near the town of Nasiriyah, Iraq in support of operation Iraqi Freedom, Fernando’s convoy was attacked. Fernando went missing in the ensuing battle. His remains were identified on April 10, 2003.

During his service, Fernando reached the rank of sergeant and earned the Purple Heart. He is interred at Sunset Vista Cemetery in Yuma, Arizona. Fernando is remembered as a respectful and driven individual.