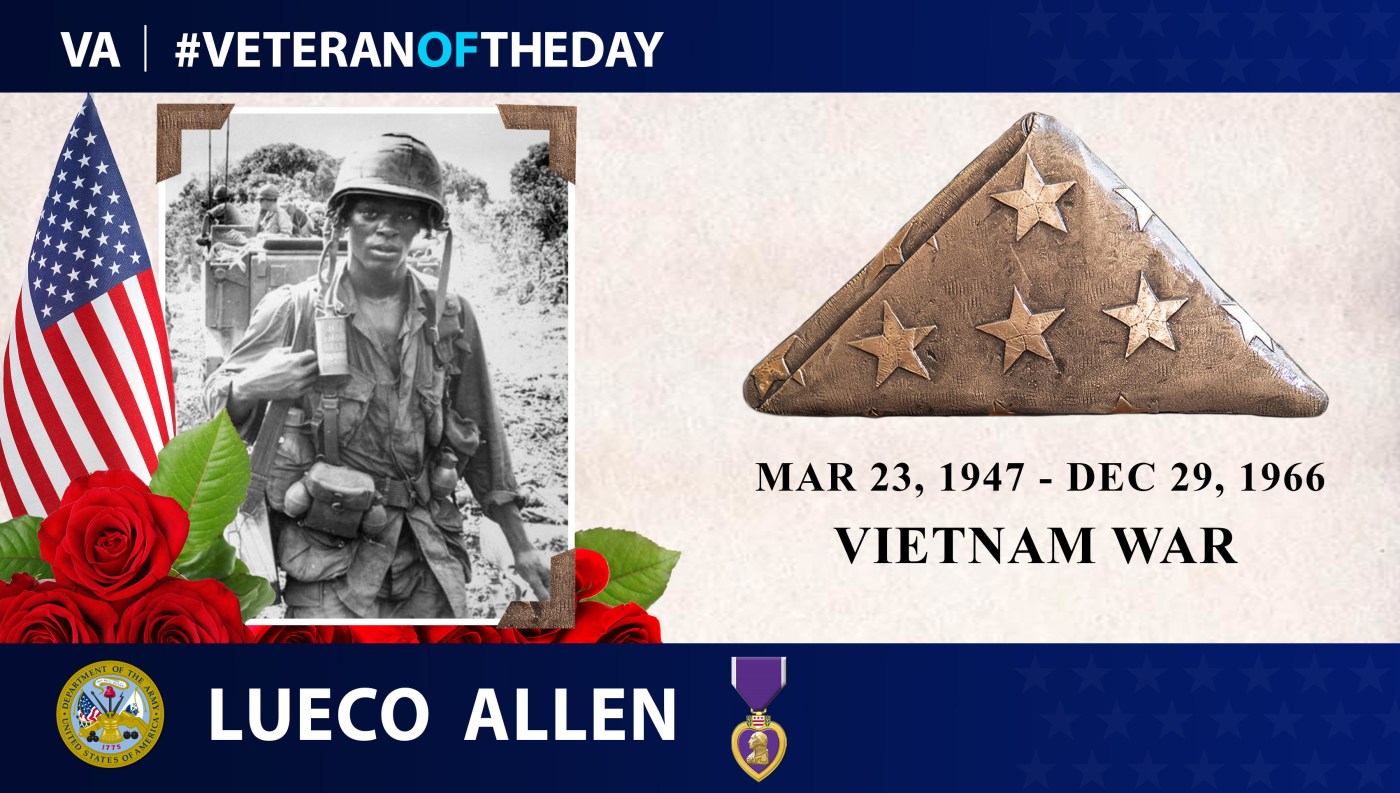 On Dec. 29, 1966 the Ohio native was leading his unit as point man on patrol near Bong Son, Vietnam, where he and his fellow soldiers were ambushed by enemy forces. Lueco was the first to return fire before being hit and killed. Two other soldiers were killed in the engagement before aerial rocket artillery arrived to provide support.

Lueco was laid to rest at Green Lawn Cemetery in Columbus, Ohio. During his service, Lueco reached the rank of private first class and was awarded the Purple Heart. In addition, Lueco is honored on Panel 13E, Row 95 of the Vietnam Veterans Memorial.