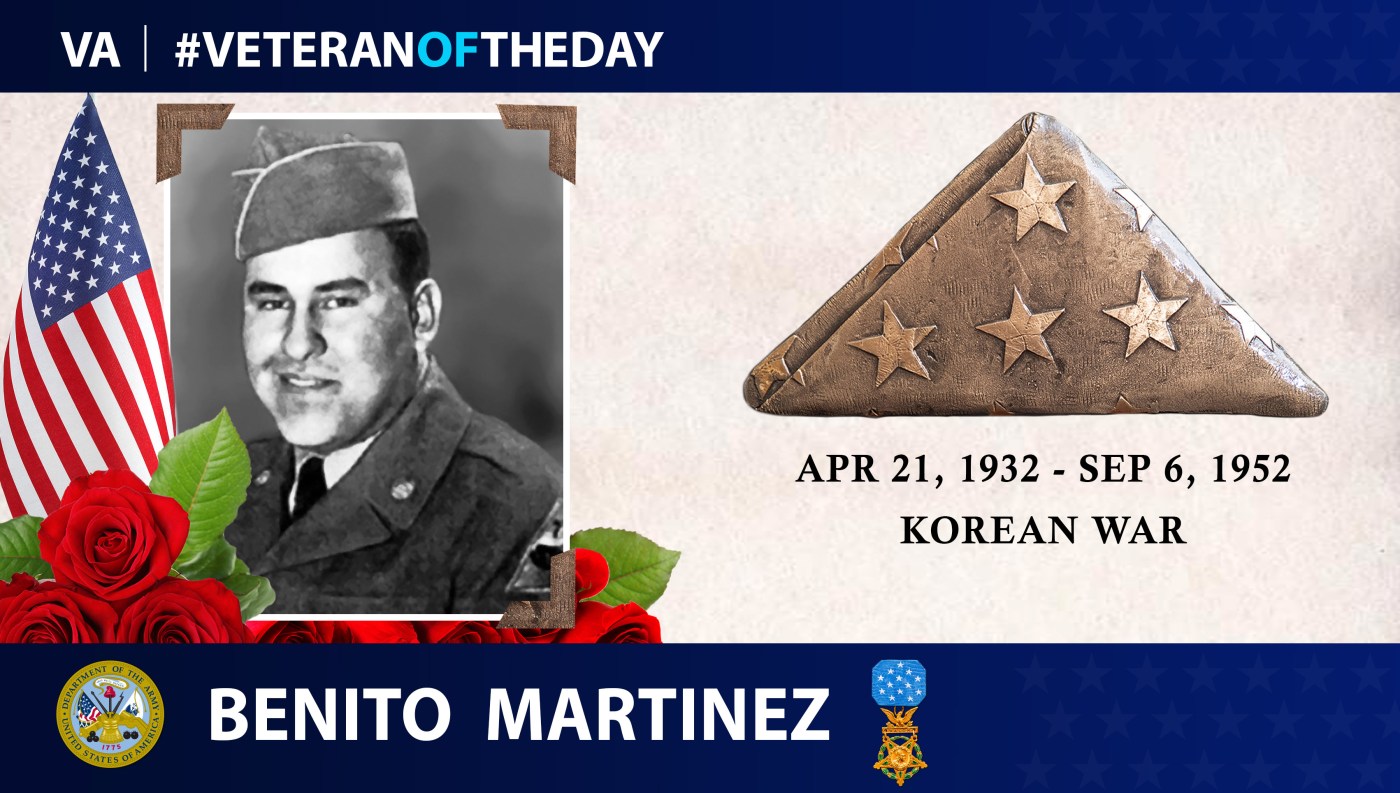 Benito enlisted with the United States Army in 1951. After completing basic training, he was assigned to A Company of the 1st Battalion, 27th Infantry Regiment, 25th Infantry Division. Benito was then deployed to Korea in support of the United Nations Security Council’s mandated defense of South Korea.

On Feb. 23, 1952, Benito and his division were stationed on the front line near the Mundung-ni Valley, northeast of the Hwacheon Reservoir, South Korea. Benito was assigned to 2nd Platoon of A Company and stationed at forward listening post Anges, comprised of barbed wire fencing and a small four-man bunker.

On Sept. 6, 1952, shortly after midnight, Benito’s position came under artillery fire from enemy forces. As the shelling stopped, Benito and his fellow soldiers observed enemy forces attempting to breach the barbed wire perimeter. Realizing his platoon could not defend the position, Benito ordered the three other men under his command to retreat while he stayed behind to hold the position.
Alone, Benito blocked the enemy’s advance, inflicting numerous enemy casualties from his entrenched machine gun position before running out of ammo. He then retreated to a new fortified position and continued engaging the enemy with his Browning Automatic Rifle before being mortally wounded.

Benito was laid to rest at Fort Bliss National Cemetery in El Paso, Texas. His actions on that day saved the lives of his fellow soldiers and allowed his unit to quickly recapture the position. For this, Benito was posthumously awarded the Medal of Honor and the Purple Heart.