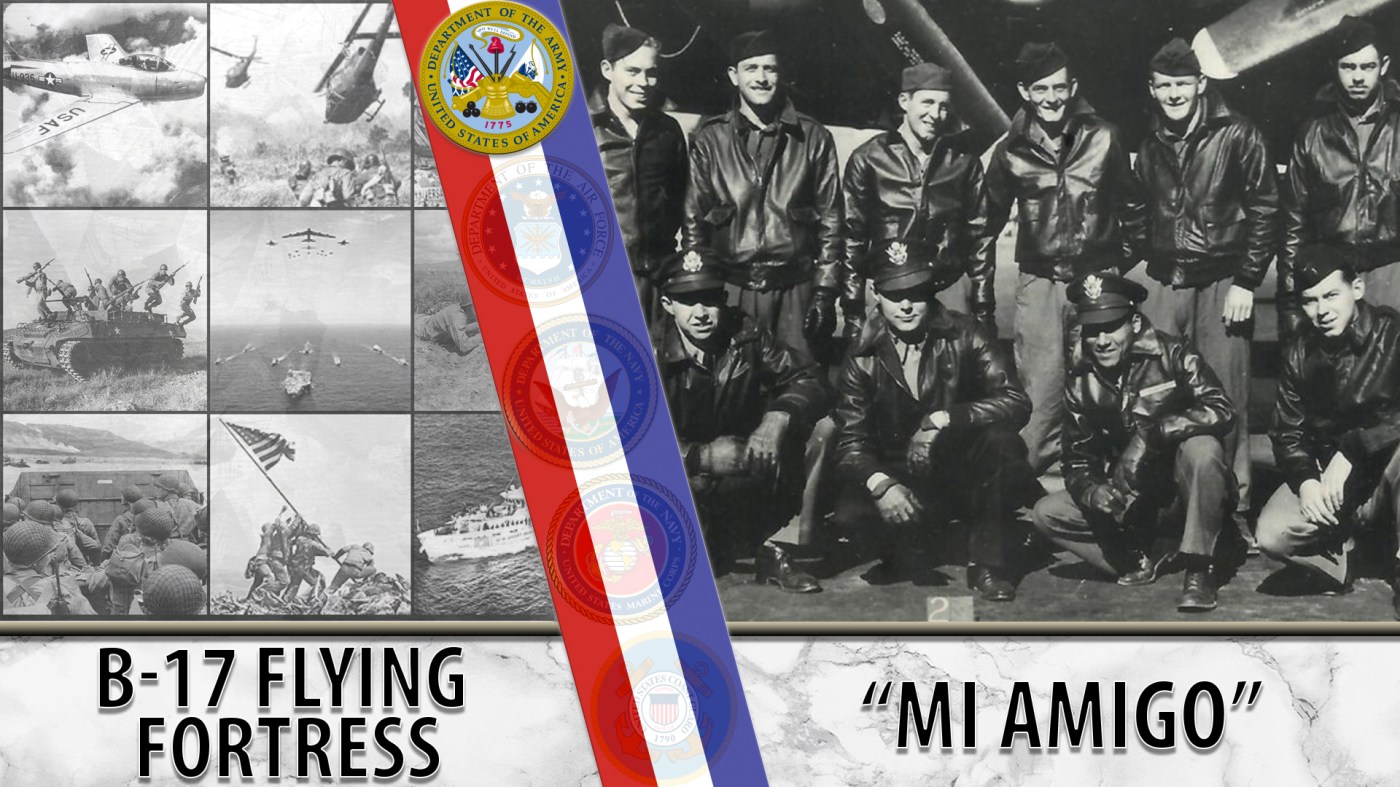 Seventy-five years after the fact, Tony Foulds from Sheffield, United Kingdom has devoted his life to honoring the American bomber crew that he says saved his life.

On Feb. 22, 1944, the 10-man crew of the B-17 “Mi Amigo” flew a bombing mission with the 305th Bombardment Group, 8th Army Air Force to Denmark, with the goal of destroying a Nazi air base. Due to weather conditions, the mission was not completed and the group returned to their base in England. On the return flight, the “Mi Amigo” sustained heavy damage from Nazi fighters. The crew lost contact with the bomber group and ended up flying nearly 80 miles off their route toward Sheffield.

That afternoon, Foulds was playing in Endcliffe Park with his friends when he saw the disabled bomber circling the field and the pilot, Lt. John Kriegshauser, waving to the boys hoping they would clear the field so he could safely bring the plane down. Instead, the plane ended up losing altitude and crashed into a forest. The B-17 exploded immediately, killing the ten Americans on board.

Foulds credits the pilot, who received the Distinguished Flying Cross, for saving his life. Lt. Kriegshauser’s decision to crash the plane into the trees saved the lives of the British children playing in the park that afternoon. Foulds vowed he would never forget what the men did for him.

In 1969 a memorial was established in the park with ten American oak trees, dedicated to the crew of the “Mi Amigo.” Since then, Foulds has dedicated countless hours of his time to preserving the legacy of the crew members.

For the 75th anniversary of the crash in 2019, Foulds, with the help of the British Broadcasting Company, planned an elaborate military flyover to honor the fallen men. Ten planes from the Royal Air Force and United States Air Force participated in the memorial ceremony. The planes circled the field three times like the “Mi Amigo” did before the crash. Four F-15 Strike Eagles also performed the missing man formation, an aviator tribute to lost aircraft crews.

The 75th anniversary tribute was a fitting way for Foulds to give thanks to those who serve. The little known story of the “Mi Amigo” crew is another important chapter to the countless stories of American servicemen giving their lives for the cause of freedom during World War II.