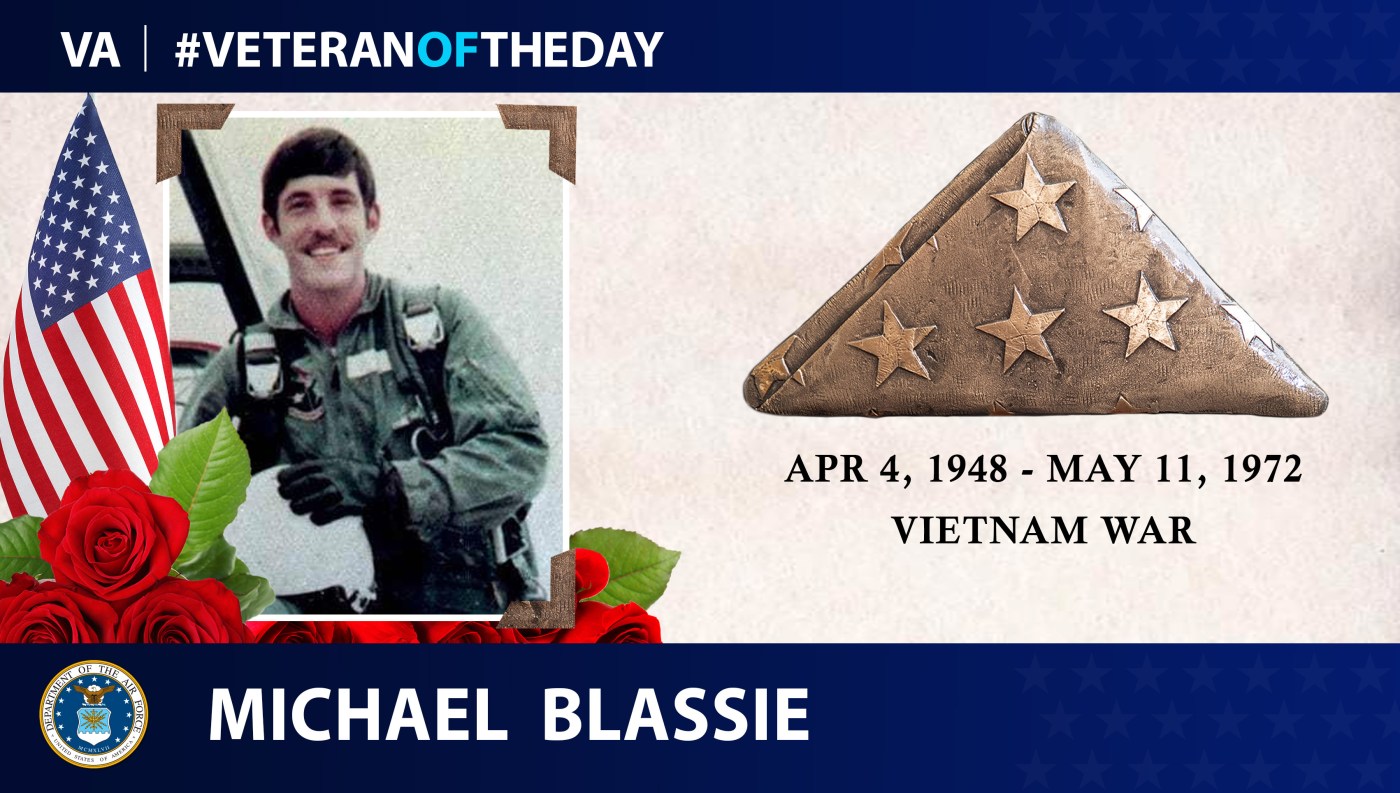 Veteran of the Day graphic created by Michael Blassie for the U.S. Department of Veterans Affairs.

Michael was killed in action on May 11, 1972, when his A-37B Dragonfly was shot down near An Loc, Vietnam. Five months after being shot down, Michaels remains were recovered. Despite strong indications that the remains recovered belonged to Michael, a positive identification could not be made. As a result, his remains went on to be designated as the unknown service member of the Vietnam War and were interred in the Tomb of the Unknowns at Arlington National Cemetery on May 28, 1984.

On June 30, 1998, advances in DNA testing allowed Michael’s remains to be positively identified. He was then returned to his family in Saint Louis, Missouri and reinterred at the Jefferson Barracks National Cemetery.