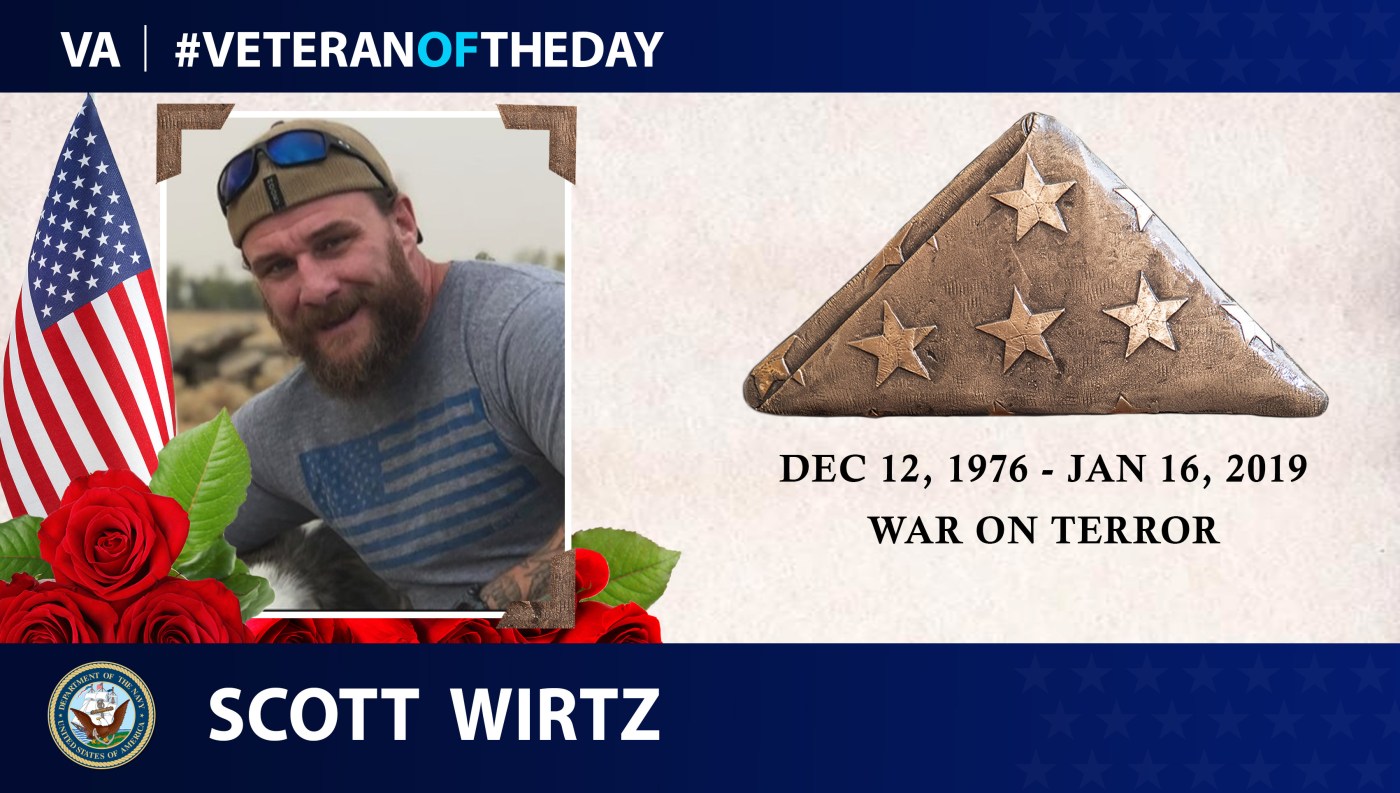 Scott enlisted with the United States Navy in 1997 and began the Basic Underwater Demolition/Sea Air Land training program at Coronado, California. After successfully completing his training, Scott served as a Navy SEAL for eight years. Throughout his enlistment, Scott served several combat deployments before ending his service in 2005 at the rank of petty officer second class.

In February 2017, Scott began working as a civilian with the Defense Intelligence Agency as an operations support specialist, responsible for guiding intelligence operatives on the ground in Syria as part of Operation Inherent Resolve. On Jan. 16, 2019, while on assignment in Syria, Scott and three other Americans were killed by an Islamic State suicide bomber.

Scott is interred at Jefferson Barracks National Cemetery in Saint Louis County, Missouri. Throughout his service as a Navy SEAL, Scott earned multiple awards and commendations, including the Navy and Marine Corps Achievement Medal, the Good Conduct Medal and the National Defense Service Medal. He is remembered by those he knew as a fearless and humble warrior, allowing his actions to speak for themselves.