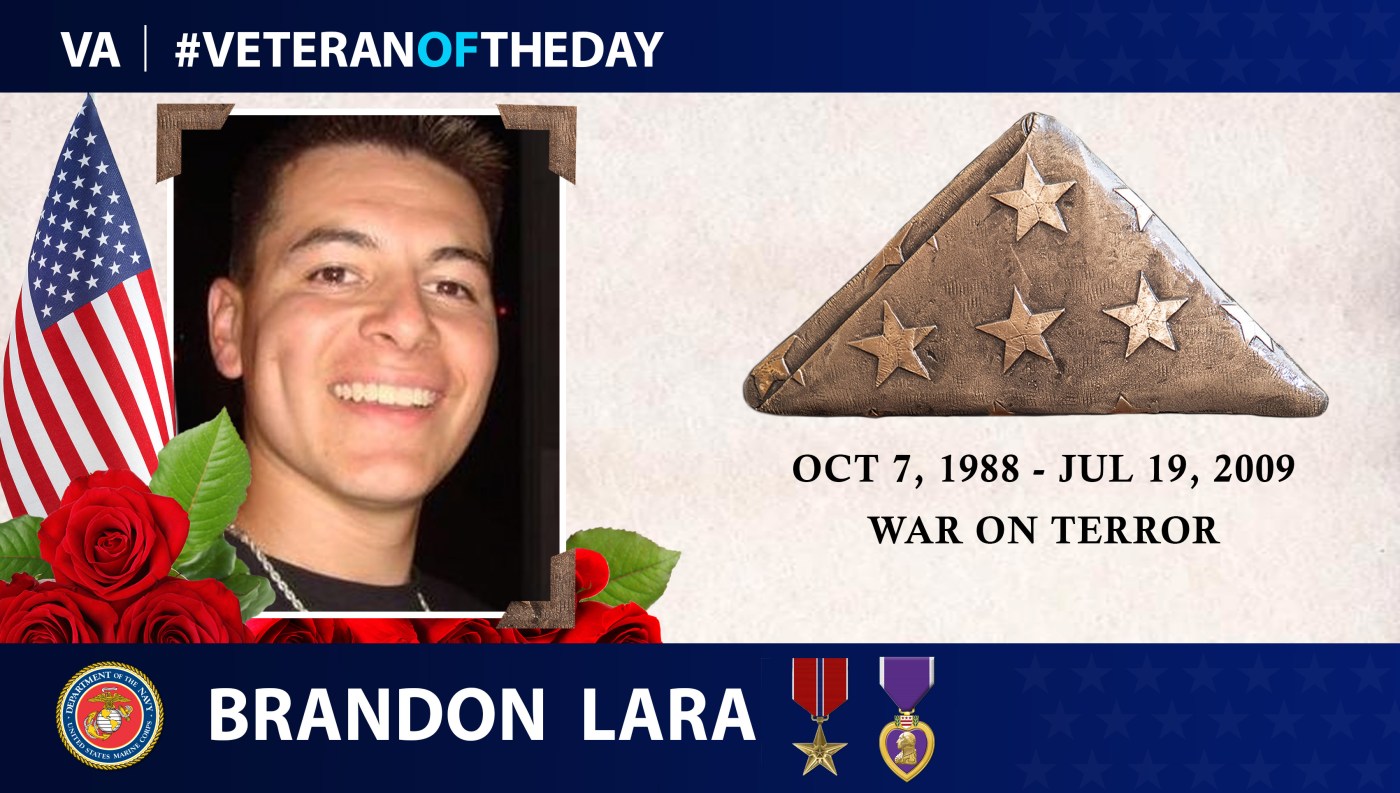 Passionate about serving his country, Brandon enlisted in the United States Marine Corps after turning 18 in 2006. After completing boot camp, Brandon was assigned to 3rd Battalion, 4th Marine Regiment, 1st Marine Division, I Marine Expeditionary Force out of Camp Pendleton, California. During his enlistment, Brandon volunteered for two combat tours in Iraq.

Brandon was killed in action on July 19, 2009, while supporting combat operations in Anbar Province, Iraq. He is interred at Fort Sam Houston National Cemetery.

During his enlistment, Brandon reached the rank of lance corporal. For actions during his service, Brandon was awarded the Bronze Star and Purple Heart. He is remembered as being loving and dedicated to his friends, family and country.