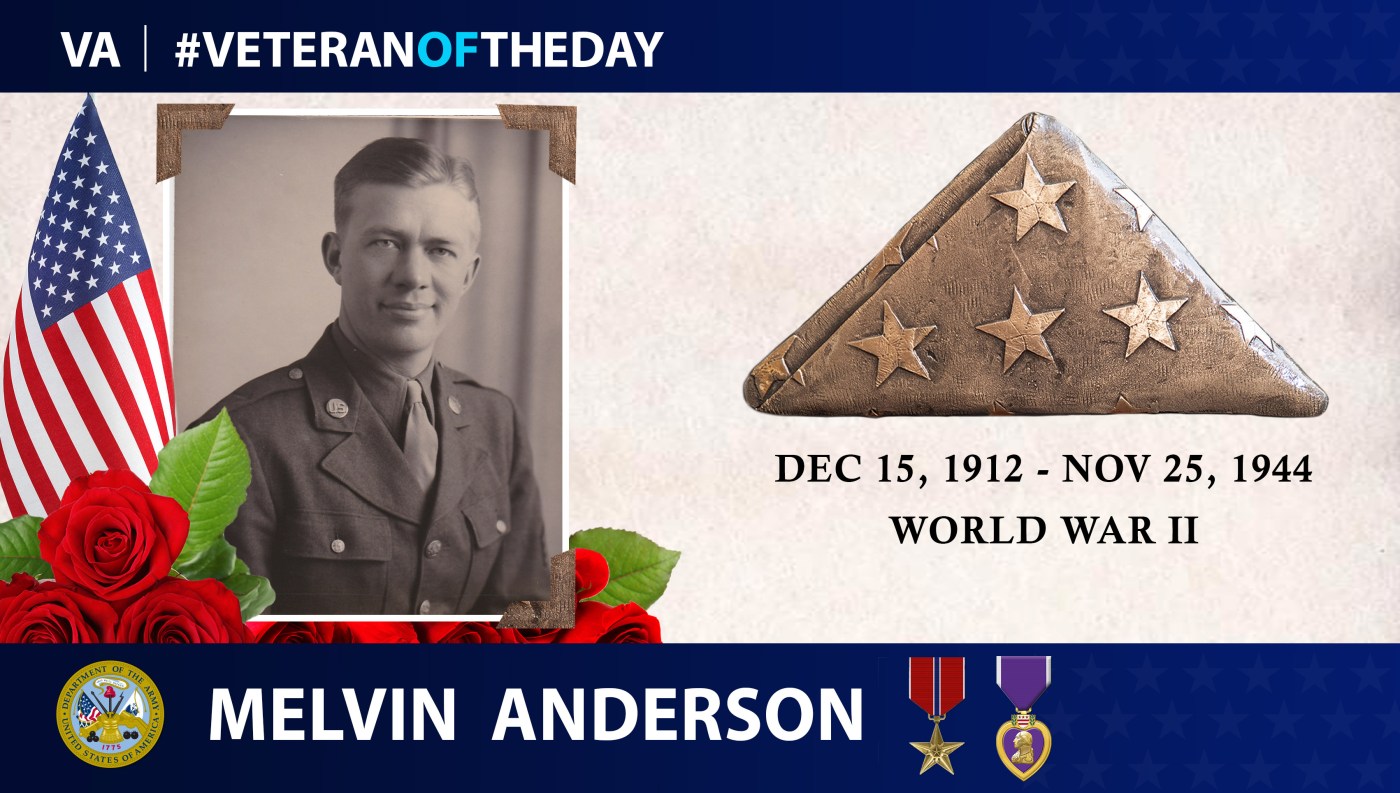 Today we honor Army Veteran Melvin Anderson in remembrance of his service and sacrifice for our country.

Melvin landed in Normandy on June 10. Soon after arriving in France, Melvin was wounded by a sniper’s bullet. After three months of recovery, he returned to action with his unit.

On Nov. 25, 1944, during the battle for Hürtgen Forest on the German-Belgian border, Melvin’s M10 tank destroyer was set ablaze by German artillery fire. Melvin and his crewmate, Joseph Akers, were unable to escape.

Melvin’s remains were retrieved in 1947, but could not be identified with forensic methods available at the time. In 1951, Melvin was interred in an unknown grave at a U.S. Military cemetery in France.
For actions during his service, Melvin was awarded the Bronze Star and Purple Heart.

In spring 2018, advances in forensic science allowed Melvin’s remains to be identified. He was returned to his family and buried with full military honors at Omaha National Cemetery in his home state of Nebraska.