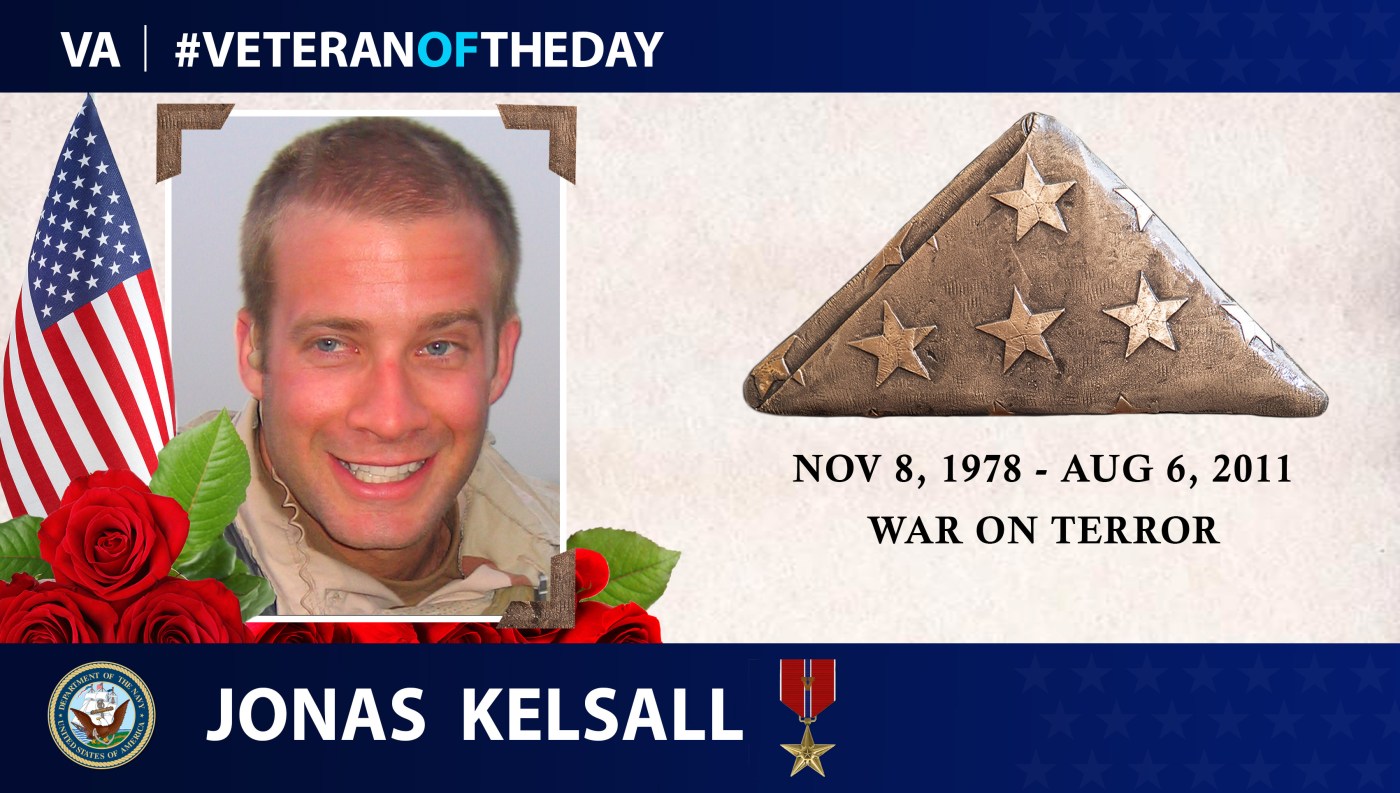 Today we honor Army Veteran Jonas Kelsall in remembrance of his service and sacrifice for our country.

Jonas enlisted with the United States Navy in 1996 and completed the Basic Underwater Demolition/SEAL training program at Coronado, California in 1997. He then served as a member of the Naval Reserve Officer Training Corps while attending classes at the The University of Texas at Austin.

After earning his bachelor’s degree in 2001, Jonas received his commission with the U.S. Navy, serving with SEAL Team Seven stationed out of Coronado, California. In May 2008, Jonas was reassigned as a troop commander with the Naval Special Warfare Development Group stationed out of Dam Neck, Virginia.

On Aug. 6, 2011, during a deployment in Afghanistan, Jonas was killed after insurgent forces shot down his transport helicopter.

Jonas is interred at Arlington National Cemetery in Virginia. Throughout his service, Jonas served multiple overseas combat deployments, reaching the rank of lieutenant commander and becoming highly decorated. For actions during his service, Jonas earned the Legion of Merit, three Bronze Star Medals with Valor, the Purple Heart, the Joint Service Commendation Medal with Valor and numerous other awards and commendations. He is remembered by his friends and family for his strong sense of humor and positive outlook on life.