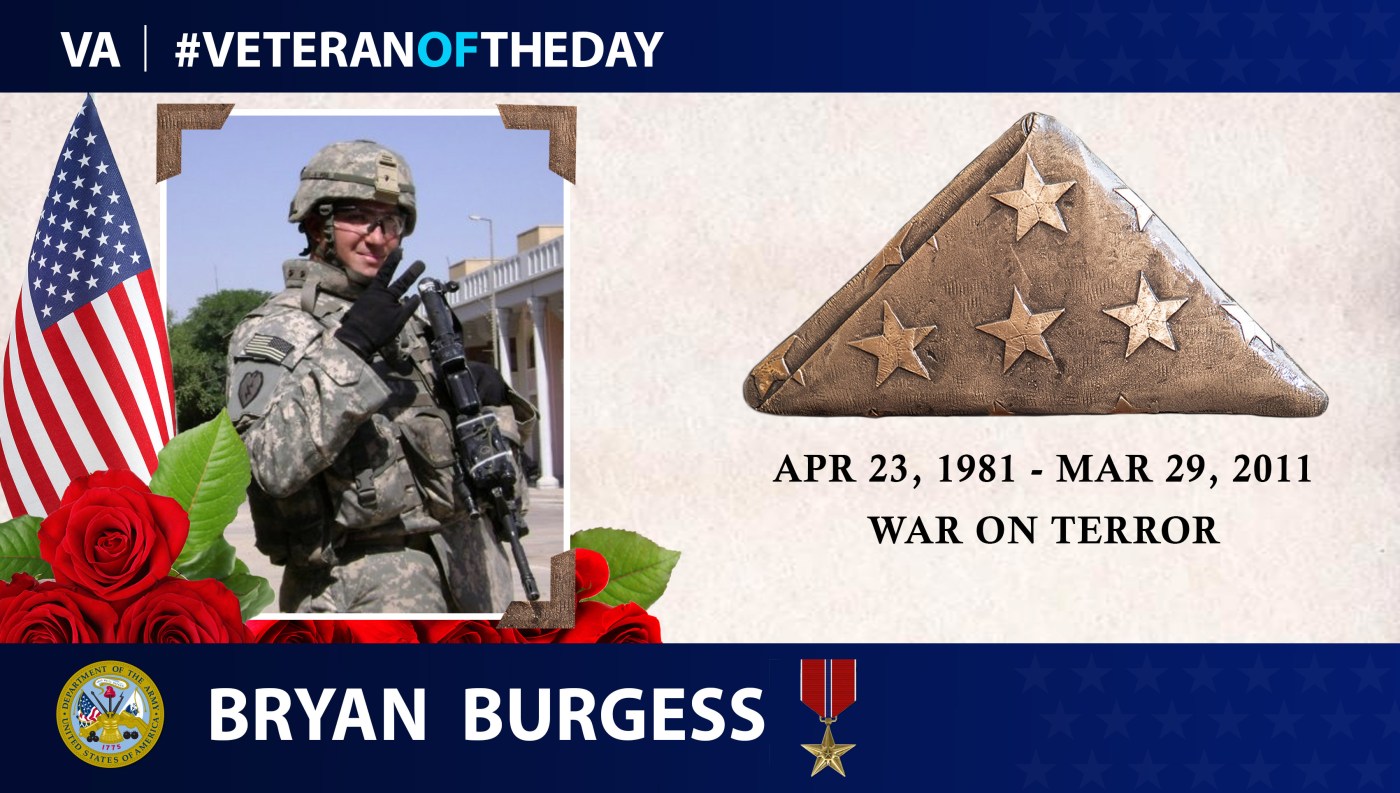 Today we honor Army Veteran Bryan Burgess in remembrance of his service and sacrifice for our country.

Bryan enlisted with the United States Army in 2003. After completing his training, Bryan was assigned to the 2nd Battalion, 327th Infantry Regiment, 1st Brigade Combat Team, 101st Airborne Division based out of Fort Campbell, Kentucky. Over his eight years of service, Bryan served two combat tours in Iraq and one in Afghanistan.

On March 29, 2011, while conducting operations in Kunar Province, Afghanistan, Bryan was mortally wounded by enemy small-arms fire.
Bryan’s last combat operation, Operation Strong Eagle III, was captured on film by an ABC News correspondent and featured in the war documentary “The Hornets’ Nest.”

Throughout his service, Bryan reached the rank of staff sergeant and earned several awards and commendations, including the Bronze Star, the Purple Heart and the Army Commendation Medal. He is remembered by those he knew for his strong will and ability to lead by example.