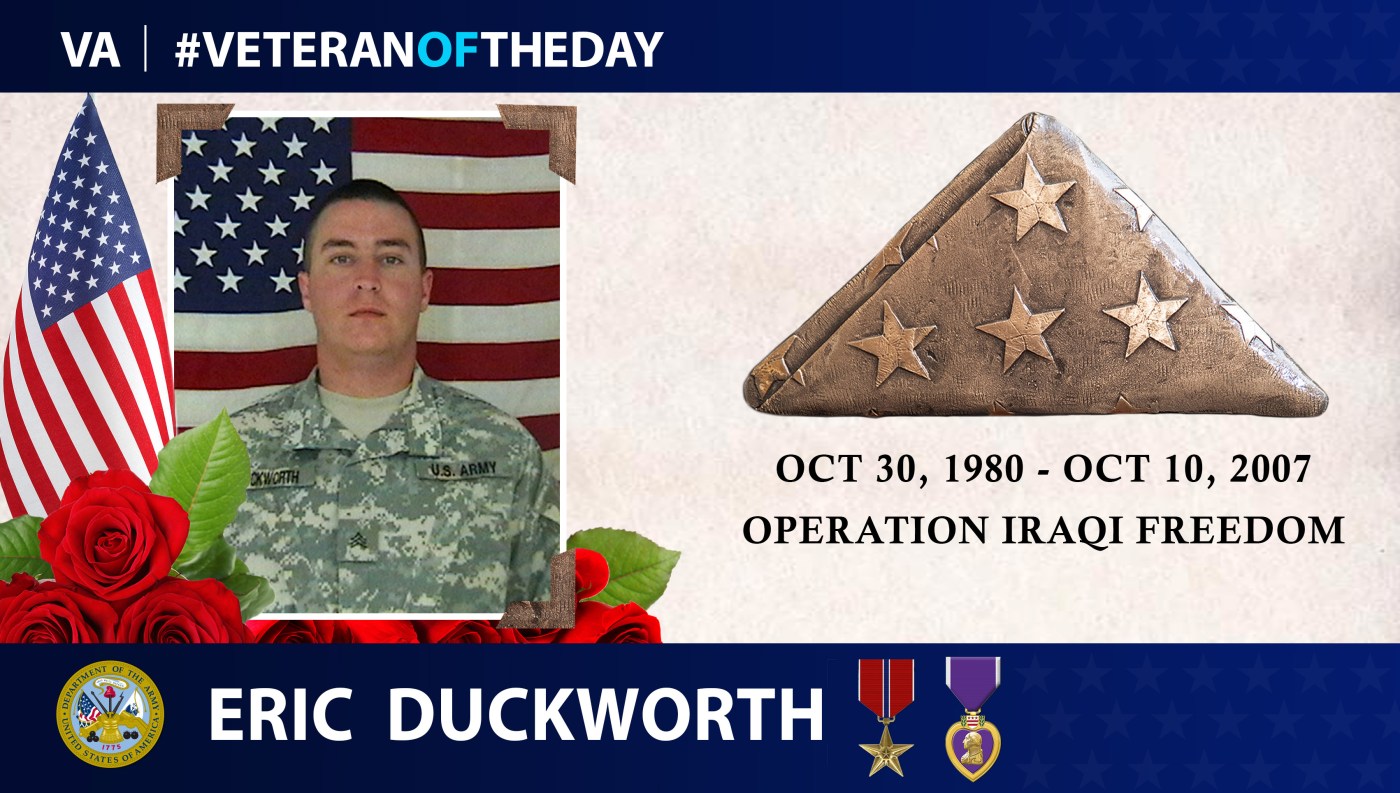 On Oct. 10, 2007 while leading a convoy in Baghdad, Iraq, Eric was mortally wounded after his vehicle was struck by an improvised explosive device.

Eric is interred at Arlington National Cemetery in Virginia. For actions during his service, Eric was awarded the Bronze Star and the Purple Heart. He is remembered as a dedicated soldier, a devout family man and a passionate sports fan.