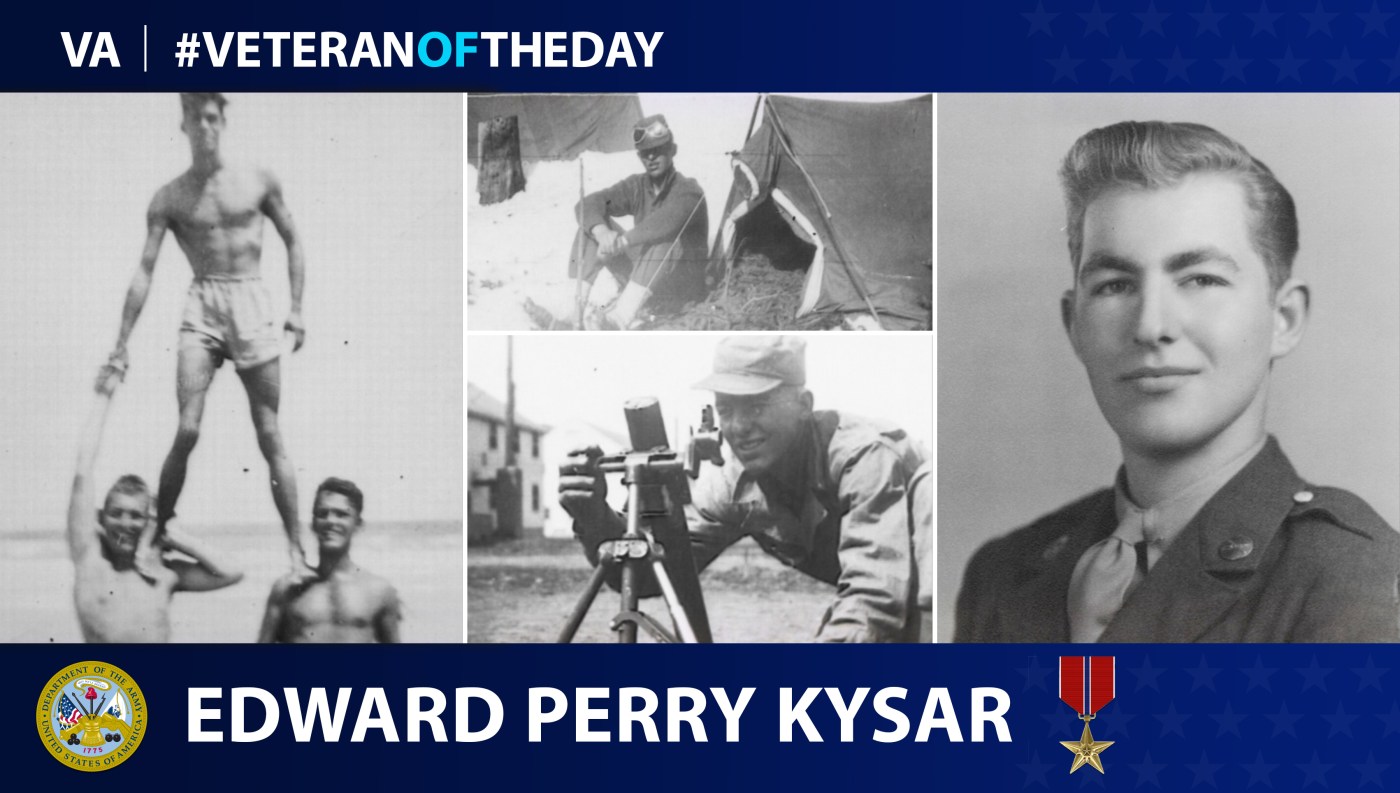 When the war began, Edward was living at home in Los Angeles with his parents. In 1942, at 18 years old, he decided to enlist in the Army because he wanted an adventure and wanted to be involved in the war effort. Edward chose the mountain infantry and went to Camp Hale, Colorado for basic training. He enjoyed basic training because he liked the regimentation and the marching. At one point during his training, Edward was up in the mountains training with a 60-millimeter mortar for the first time when he heard an unexpected loud bang. The shell had exploded inside the barrel and killed the two gunners. After basic training Edward was assigned to the 87th Mountain Infantry Regiment as a crewman on a 60-millimeter mortar. He then went to the Aleutian Islands, which he found fascinating. On the first day he got there he remembered that there were no trees on the island and there was a thick fog.

Edward returned to Camp Hale and then went to the South Pacific. He did not like being in the Pacific, as he had been training for fighting in mountains and cold-weather conditions. When Edward arrived, he was assigned to the 37th Infantry Division. When they had just finished up a brutal fight in Bougainville, Edward arrived and was in a foxhole when he discovered there was a rat in there as well. Edward thought about killing the rat but instead put it in his helmet and released it. For fun, Edward saw entertainers such as Bob Hope and played pranks on his friends. One of his friends did not like bugs, so Edward picked up a beetle and put it down his friend’s shirt, causing his friend to dance around crazily trying to get the bug out. Edward was discharged in 1945, earning the Bronze Star for his service. He later used his G.I. Bill to attend college and then worked as an advertising designer. More of his story can be found at http://memory.loc.gov/diglib/vhp/story/loc.natlib.afc2001001.01606/