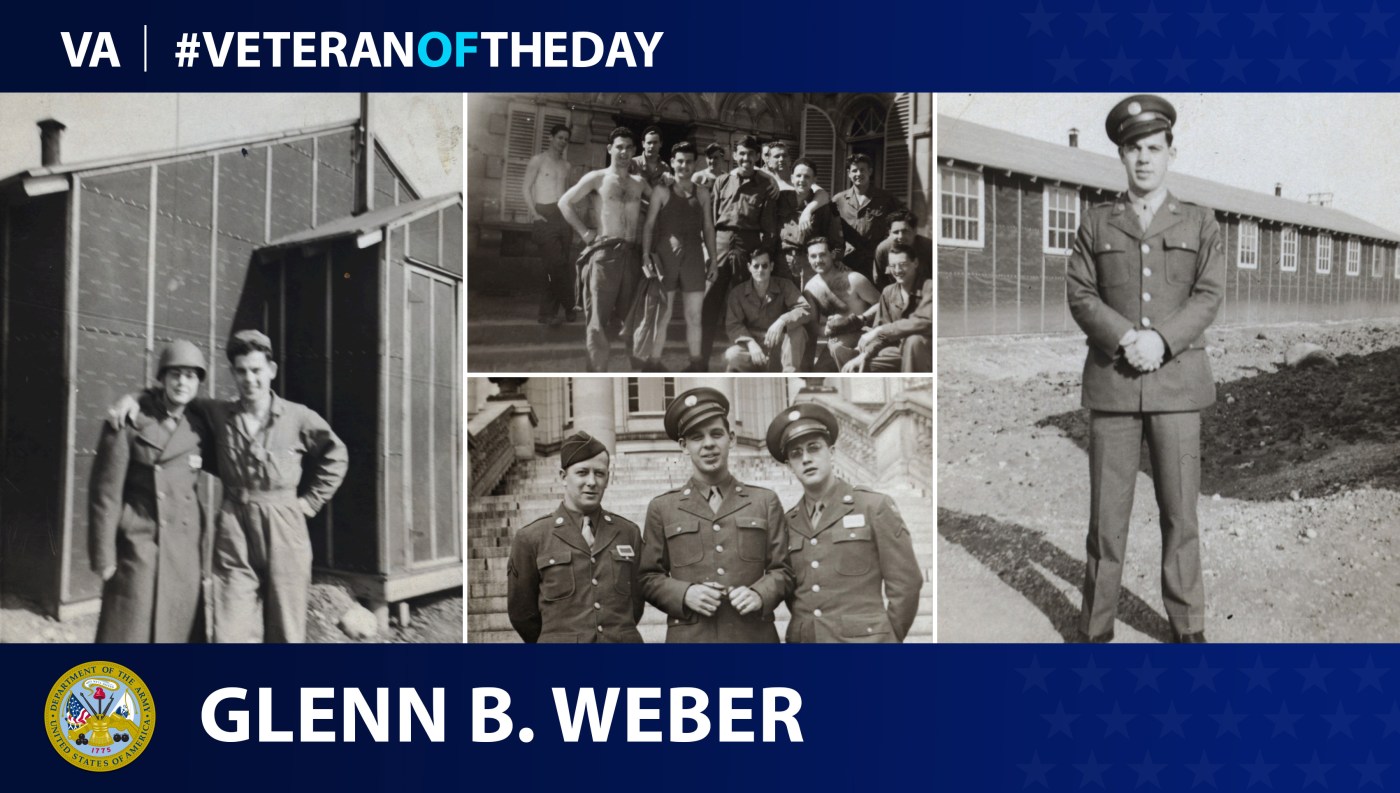 Today’s #VeteranOfTheDay is Army Veteran Glenn B. Weber. Glenn served during World War II from 1942 to 1945.

Drafted into the Army on November 21, 1942. Glenn took a defense training course and became a machinist before going to Allison Engineering and then to Camp Atterbury in Indianapolis. After training, he was sent to Madison, Wisconsin, where he learned Morse code in radio school. After radio school, he was sent overseas aboard the Queen Mary. During the war, he used Morse code to locate enemy bomber groups and alert American fighter groups. He worked for eight to nine hours every day breaking codes. Glenn then started a company with his father, and then went to Columbus Business College. He later went on to marry his wife, who he kept in touch with throughout the war, and raised a family.

Thank you for your service, Glenn!