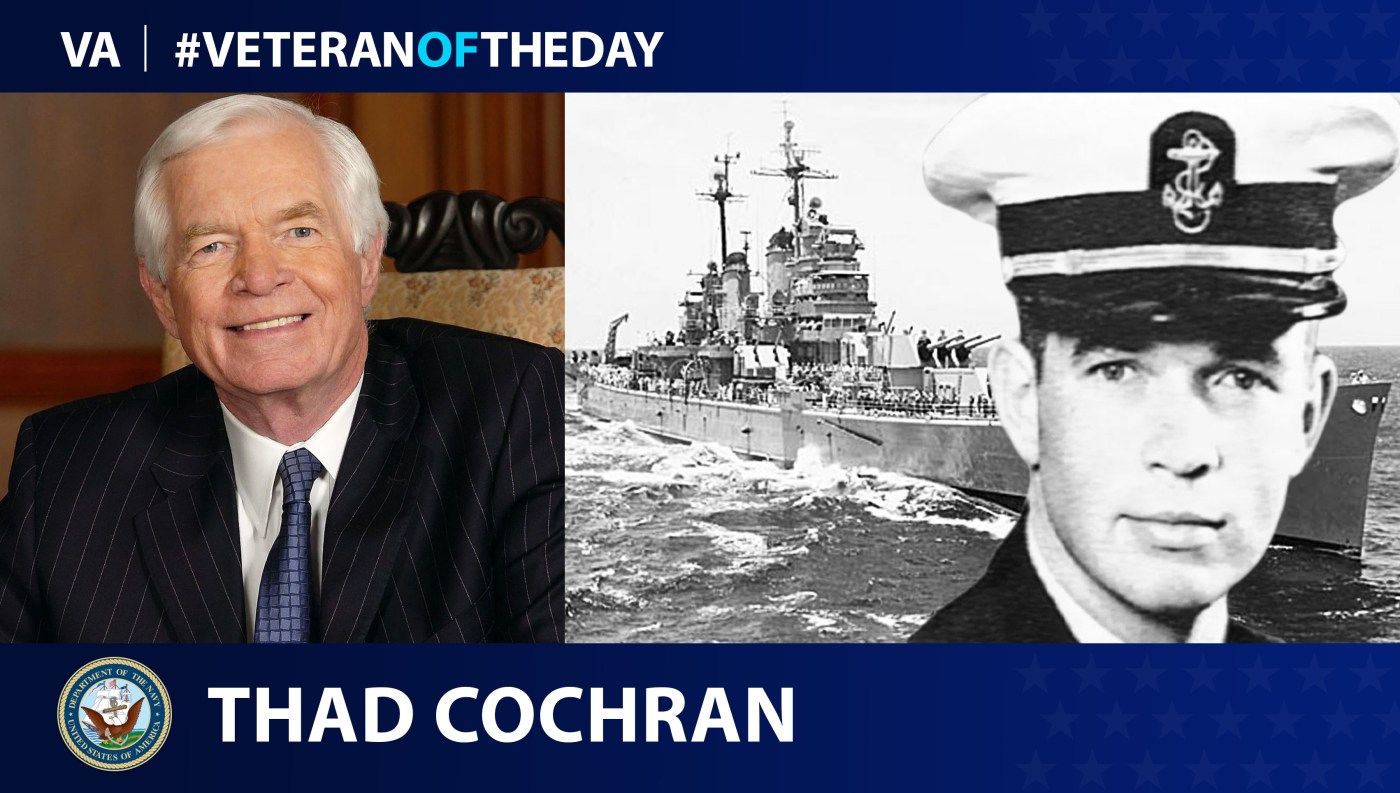 Today’s #VeteranOfTheDay is Navy Veteran Thad Cochran. He served from 1959-1961.

Cochran was born in Pontotoc, Mississippi on Dec. 7, 1937. After graduating from the University of Mississippi with a bachelor’s degree in psychology in 1959, he began his service in the United States Navy.

Cochran was commissioned an Ensign in the U.S. Naval Reserve and served aboard the USS Macon (CA-132), a Baltimore-class heavy cruiser. He spent 18 months aboard the USS Macon, eventually becoming the ship’s legal officer. Upon the decommissioning of his ship, Cochran was transferred to New Orleans, Louisiana to finish his 2-year tour of duty assigned to the staff of the Commandant of the Eighth Naval District. Cochran completed his service with the United States Navy in 1961.

Cochran went on to earn a law degree from the University of Mississippi School of Law and practiced law for several years before entering politics. In 1972, he was elected to Mississippi’s 4th congressional district and in 1978, he was elected the United States senator from Mississippi. Cochran held this position until retiring on April 1, 2018, making him one of the longest-serving senators in U.S. history.