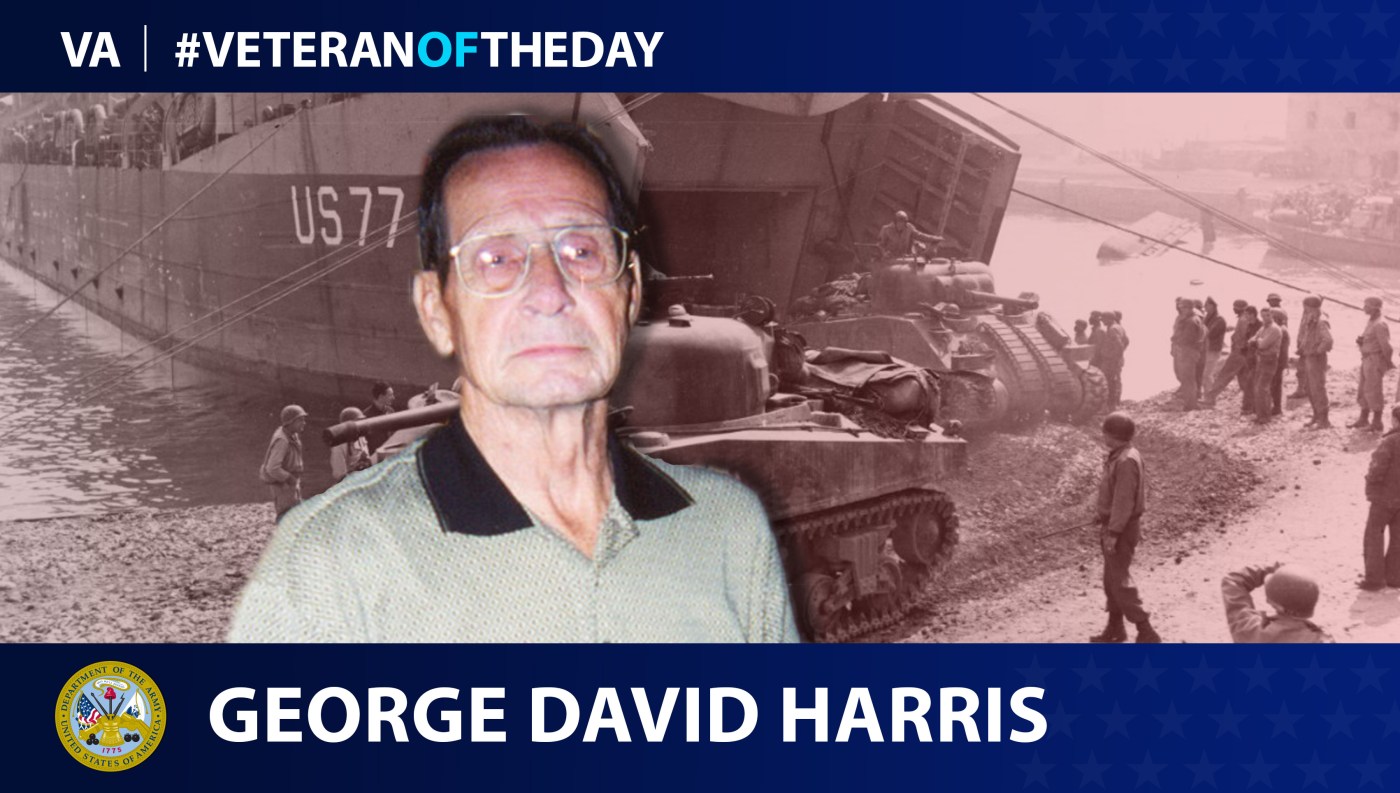 At age 19, George was working in the coal mines of Indiana when he was drafted into the Army. He went to Fort McClellan, Alabama for basic training. George was supposed to be an infantryman but his records were lost, so he had the opportunity to take aptitude tests to see what job he was best fit for. Through this testing, he was assigned to the 112th Ordnance Company, part of the 34th Division. George was sent overseas to Africa where he received two weeks of training in preparation for the invasion of Italy. George’s job was to work on and fix military equipment. He found this position hard to do because he spent most of his time at Anzio beachhead where was frequently shot at. George’s company was three miles inland of Anzio and very close to the Germans. He recalled that the Germans would talk to the American troops and try to damage their morale, saying that they would drive the Americans back into the sea.

However, the Germans never were able to push the Americans back, and, in May 1944, the Allies broke out of Anzio and moved through Italy. When George’s company got to Milan, he was able to see Benito Mussolini’s dead body hanging in the courtyard. George remembered that the Italians would spit on and mutilate Mussolini’s corpse. He also remembered the Italians being generally glad the Americans were there, and, at one point when George was driving a truck with a water tank attached, he emptied the tank and handed the water to Italian villagers who had none. After the war ended in Europe, George was sent over to the Pacific to prepare for the invasion of Japan. He learned that the bombs had been dropped and then went to the Philippines for a few months before he was sent back to the United States. He returned home two days after Christmas in 1945 and soon returned to work in the coal mines. In 1953, George began working for the postal service, which he retired from in the late 1980s. He was also a member of the Veterans of Foreign Wars. George passed away in 2012. More of his story can be found at http://memory.loc.gov/diglib/vhp/story/loc.natlib.afc2001001.02890/