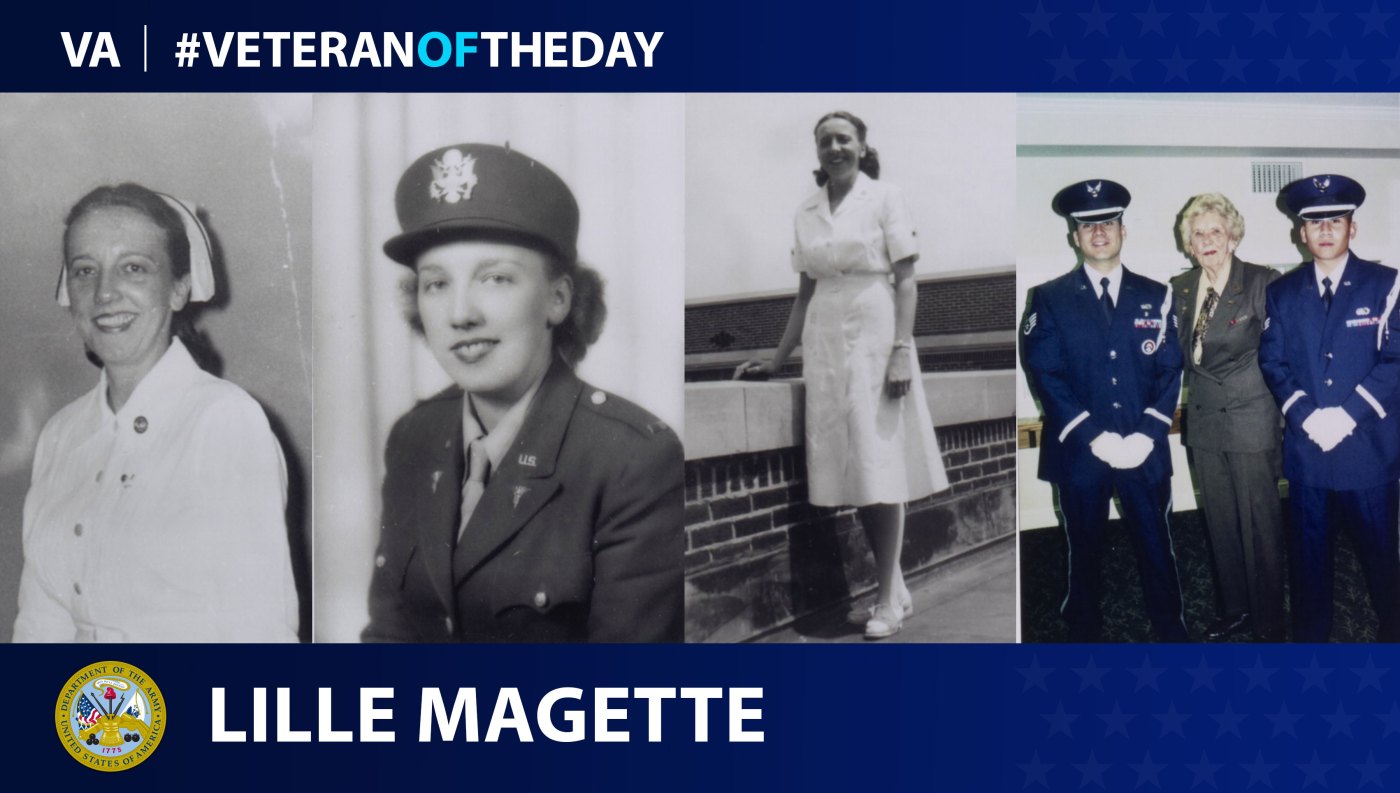 Lille got married and her husband died a few years later from cancer, so as a young widow she decided to pursue nurse training. She went to St. Mary’s College to learn how to become a nurse, and while she was there Pearl Harbor was bombed. Lille wanted to serve so badly that as soon as she was able to, she enlisted in the Army Nurse Corps. She was assigned to various posts in the United States before being stationed at Fort Jackson in preparation for going overseas.

Lille was sent overseas on a big luxury ship. She landed in England and worked at a psychiatric hospital. She saw many men who had been wounded by gun fire, and men who had a hard time adjusting to military service.

In July 1944, Lille was sent to France to set up a tent hospital. While there, she saw soldiers walking along the road and she heard live fire, but she was never scared. Lille saw men with serious wounds, and she treated them with pain medication and antibiotics that made them comfortable until they could be transferred to a hospital further behind the lines.

After being discharged in 1945, Lille worked at a VA hospital until retirement. Lille died in 2014.