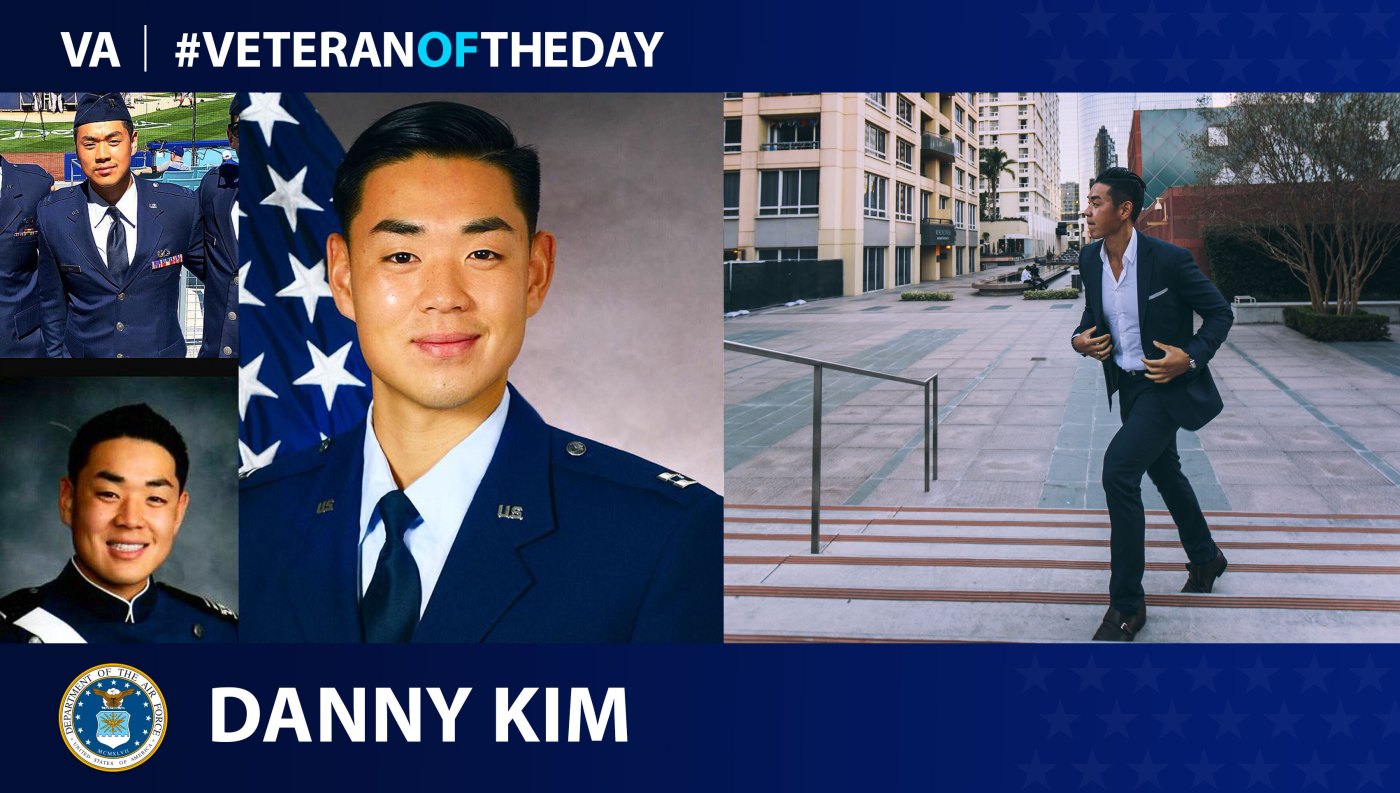 Danny Kim graduated from the Air Force Academy and served overseas in Korea.

Today’s #VeteranOfTheDay is US Air Force Veteran Danny Kim. Danny served from 2012 to 2018.

Danny was born to immigrant parents in New Jersey. In high school, Danny worked hard. He wanted to attend the United States Air Force Academy, but he also applied to West Point. His father proudly cried when he was accepted to the Air Force Academy.

After graduating from high school, Danny attended basic training. For him, the experience was “brutal,” and he was not prepared for the yelling. But he succeeded, and at graduation, his parents yelled in Korean from the stands.

The Air Force Academy, too, was difficult. In the beginning, Danny was unable to recite the Airman’s Creed and was forced to stand up in the front of the class while his classmates did push-ups. He wondered about his high school friends who were getting the “traditional college experience.”

Danny graduated from the Air Force Academy in 2012, earning a degree in systems engineering management. He was then stationed in South Korea, and later Oklahoma and Los Angeles, before leaving the Air Force in 2018.

Today, Danny is a freelance model, and an advisor and coach at a dating and lifestyle consulting company. Danny enjoys spending his free time exercising and traveling internationally.

Thank you for your service, Danny!