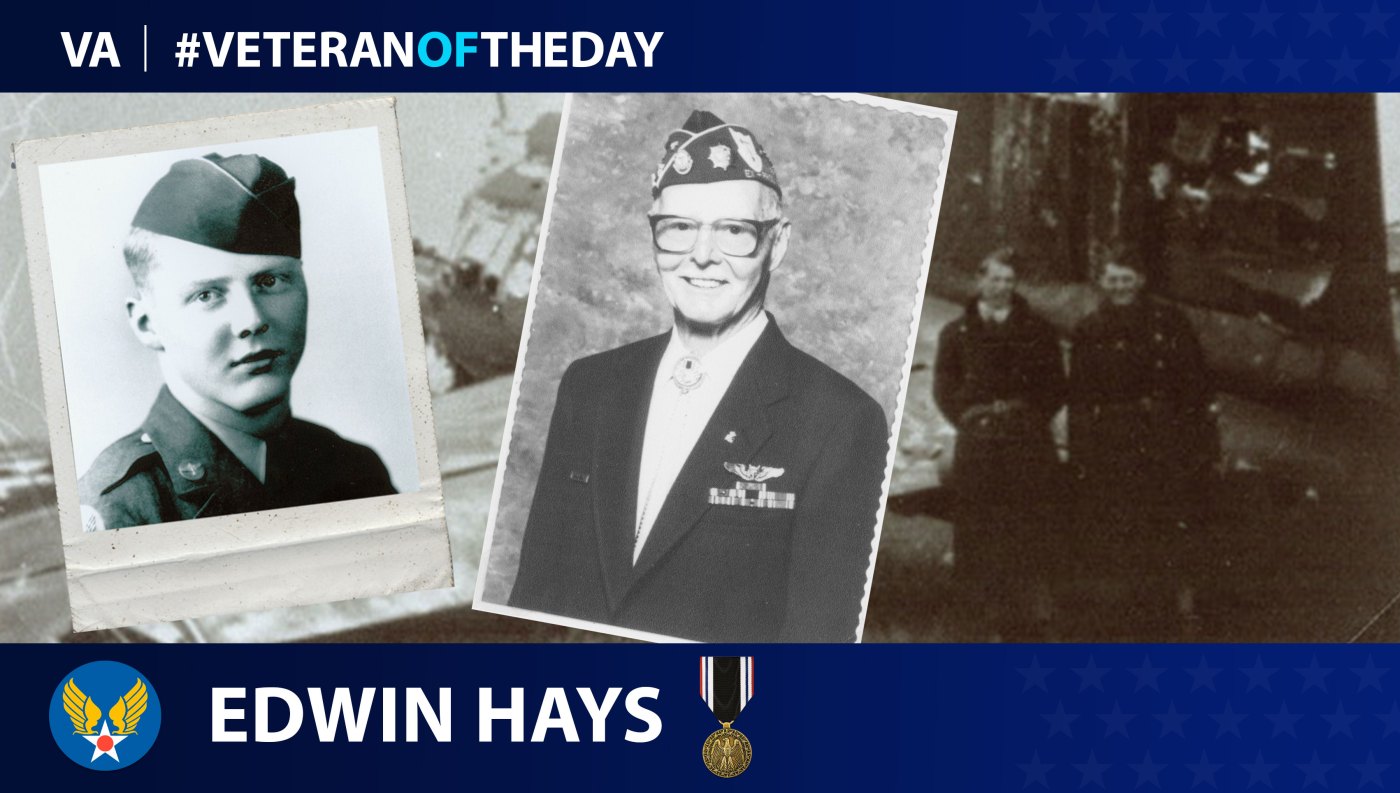 When the Japanese bombed Pearl Harbor, Edwin was a senior in high school. He wanted to enlist right away but his parents insisted he graduate first. Edwin joined the Army Air Forces in October 1942. After months of training which included gunnery school and armor school, Edwin was sent overseas and assigned to the 335th Bomb Squadron of the 8th Air Force. Edwin and his crew continued to train while in England and completed their first mission in December 1943. After 13 missions, Edwin’s plane, “The Just Elmer’s Tune,” was shot down over Denmark. Most of the crew were badly injured including Edwin with a broken ankle and fractured skull. He was rescued by a young Danish boy who brought Edwin back to his farmhouse. However, the Germans knew that Edwin and his crew were there and after allowing them to obtain medical treatment, transferred them to prisoner of war camps.

Edwin first went to an interrogation center before being sent to Stalag Luft VI in Poland. He stayed there until July 1944, when the Germans evacuated the camp due to the advancing Russian Army. Edwin and his fellow prisoners were packed in the hold of a ship for two days until they arrived at a railroad station. The Germans then handcuffed pairs of prisoners together and forced them to run to Stalag Luft IV. While running the prisoners were harassed by German police dogs and beaten with clubs and bayonets. Edwin and his partner fell down a couple times and were badly beaten with rifle butts. In January 1945, Edwin was again evacuated to Stalag Luft I, where he stayed until the end of the war. He was discharged in October 1945 and used his G.I. Bill to attend college.

51 years to the day after his plane had been shot down, Edwin was contacted by the Danish boy that had rescued him and was invited to Denmark to help celebrate the 50th anniversary of the liberation of Denmark. Edwin visited the Danish town where he had been shot down and they dedicated a memorial to him and his crew. Edwin also had a chance to meet the pilot of the German plane that shot him down. Edwin was also a member of the American Ex-Prisoners of War, where he helped advocate for fellow prisoners of war. Edwin passed away in 2007. More of his story can be found at http://memory.loc.gov/diglib/vhp/story/loc.natlib.afc2001001.01621/