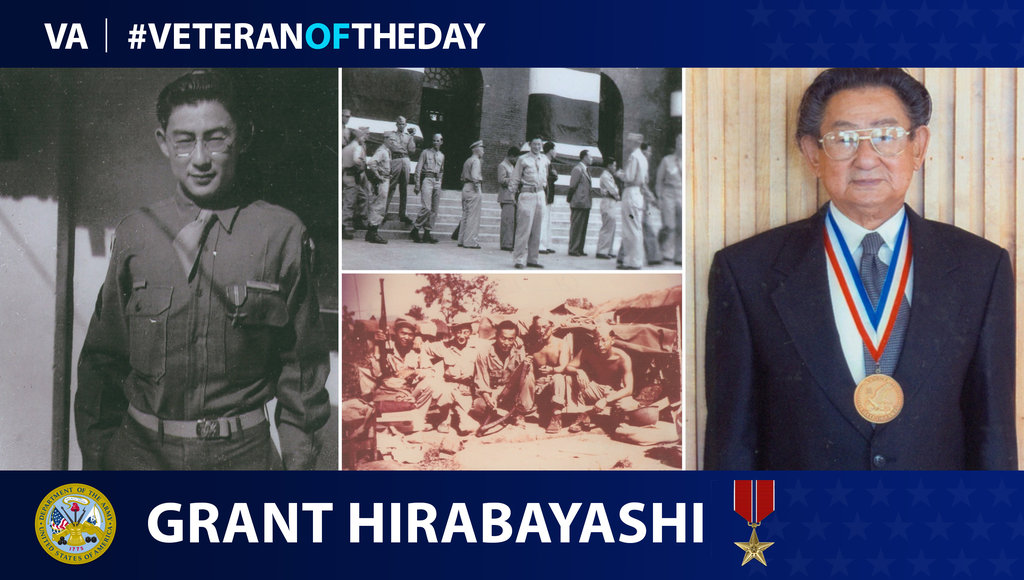 At the urging of his older brother, and when he was just eight-years old, Grant Jiro Hirabayashi left Japan. It was 1940, and his brother felt the deteriorating relations between Japan and the United States would soon make conditions dangerous.

A year later, following the attack on Pearl Harbor, Hirabayashi and other Japanese-American citizens were sent to an internment camp at Jefferson Barracks.

Hirabayashi earned his US high school diploma ten years later, and was quickly drafted into the army. When he graduated basic training, he served as a flight clerk for the Army Air Corps until 1942–where all Japanese-Americans in the Air Corps were reassigned. Later, Hirabayashi was sent to Military Intelligence School, and became deeply immersed in the Japanese language. While there, he volunteered for a dangerous and secret mission to Burma in 1943.

In Burma, Hirabayashi and his fellow soldiers were trained in jungle warfare by both American and British instructors. The goal of his unit, Merrill’s Marauders, was to defeat the Japanese 18th Division and capture the all-weather airstrip of Myitkyina to disrupt supply of Japanese troops. It also allowed American supply planes a route into China.

After five major battles and 30 minor engagements, the Marauders were successful in capturing the airstrip. Hirabayashi spent the remainder of the war in China as an interpreter and interrogator of Japanese prisoners. When the war ended, he served as the personal interpreter for the American observer to the Japanese surrender in China.

Hirabayashi was discharged in Nov. 1945 and went to teach Japanese at the Military Intelligence School in Minnesota. In 1947, he worked for the Supreme Commander of the Allied Power Legal Section, where he translated and interpreted the Yokohama war crime trials. Afterwards, Hirabayashi returned to the United States and earned a degree in International Relations from the University of Southern California. He worked for the Department of the State and the Library of Congress, and later retired from the National Security Agency in 1979. In 2004, he was inducted into the Ranger’s Hall of Fame. Grant Hirabayashi died in 2010. He was 91.