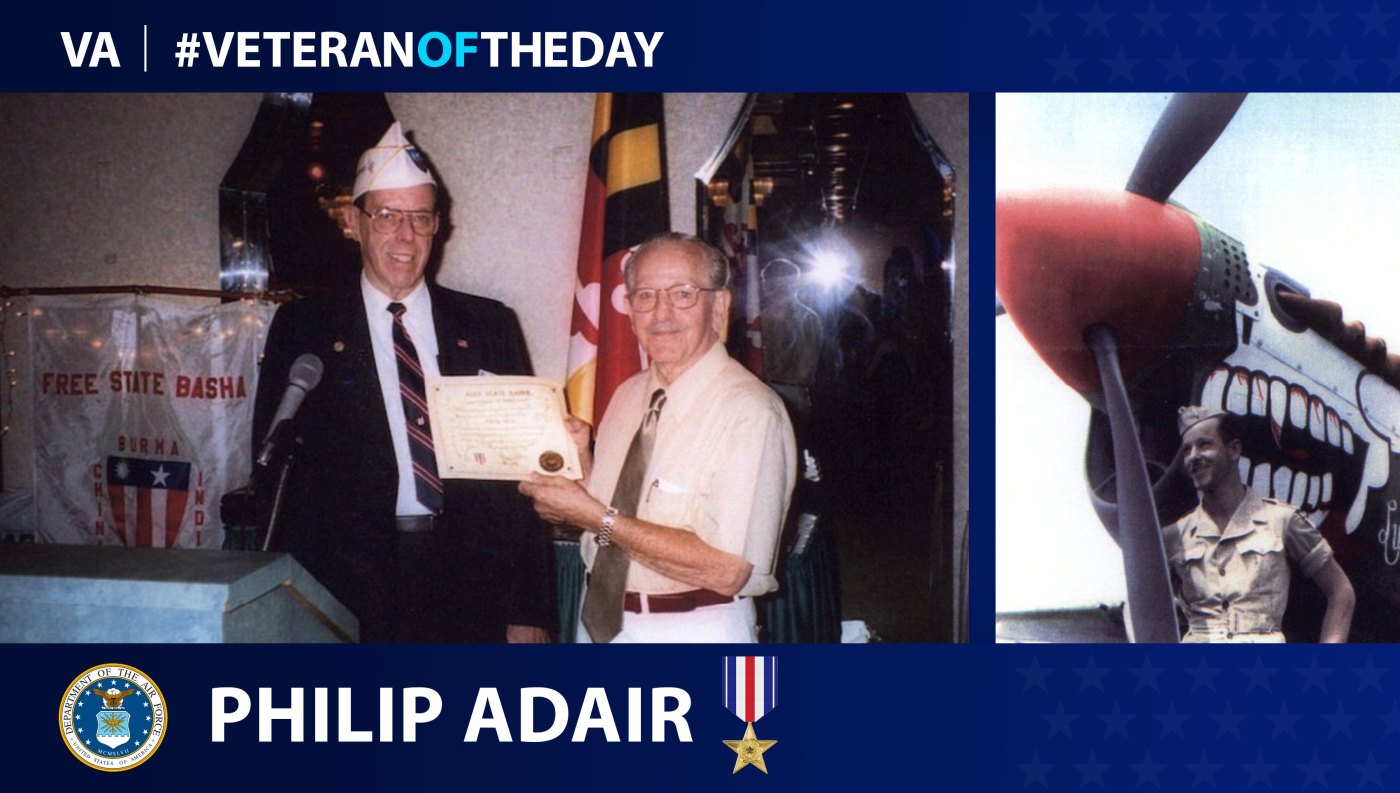 Philip Adair was born in rural Oklahoma in 1920. He always wanted to be a pilot. Immediately following Pearl Harbor, Adair enlisted in the Air Force. He completed training in Luke Field, Arizona, and was then sent to Mitchell Field, New York, where he was assigned to the 89th Fighter Squadron and 80th Fighter Group. In late spring 1943, Philip’s group was given a top secret assignment.

The group was shipped to India to protect supply bases that were being flown over the “hump” into China to aid other military groups in the east Pacific. Adair’s fighter group continuously flew protective missions to ensure the safety of transport aircraft and deter attacks from Japanese Zeros based in Burma. The 80th Fighter Group became known as the Burma Banshees for their actions against Japanese aircraft from Burma.

In one incident, Adair alone faced a group of 64 Japanese fighters and bombers. Their goal was to attack Allied supply bases in north India. While Adair was the only American fighter in the sky, he managed to shoot down two confirmed Japanese Zeros, and deterred the attack. For his actions, he was awarded the Silver Star.

Throughout the remainder of the war, Adair was credited with shooting down numerous enemy aircraft and disabling several Japanese bases in South Asia. Adair retired as a colonel in 1971. He was also rewarded the Legion of Merit, Air Medal and Distinguished Flying Cross.

Adair retired to Virginia after his service, and died in 2017. He was buried at Quantico National Cemetery.