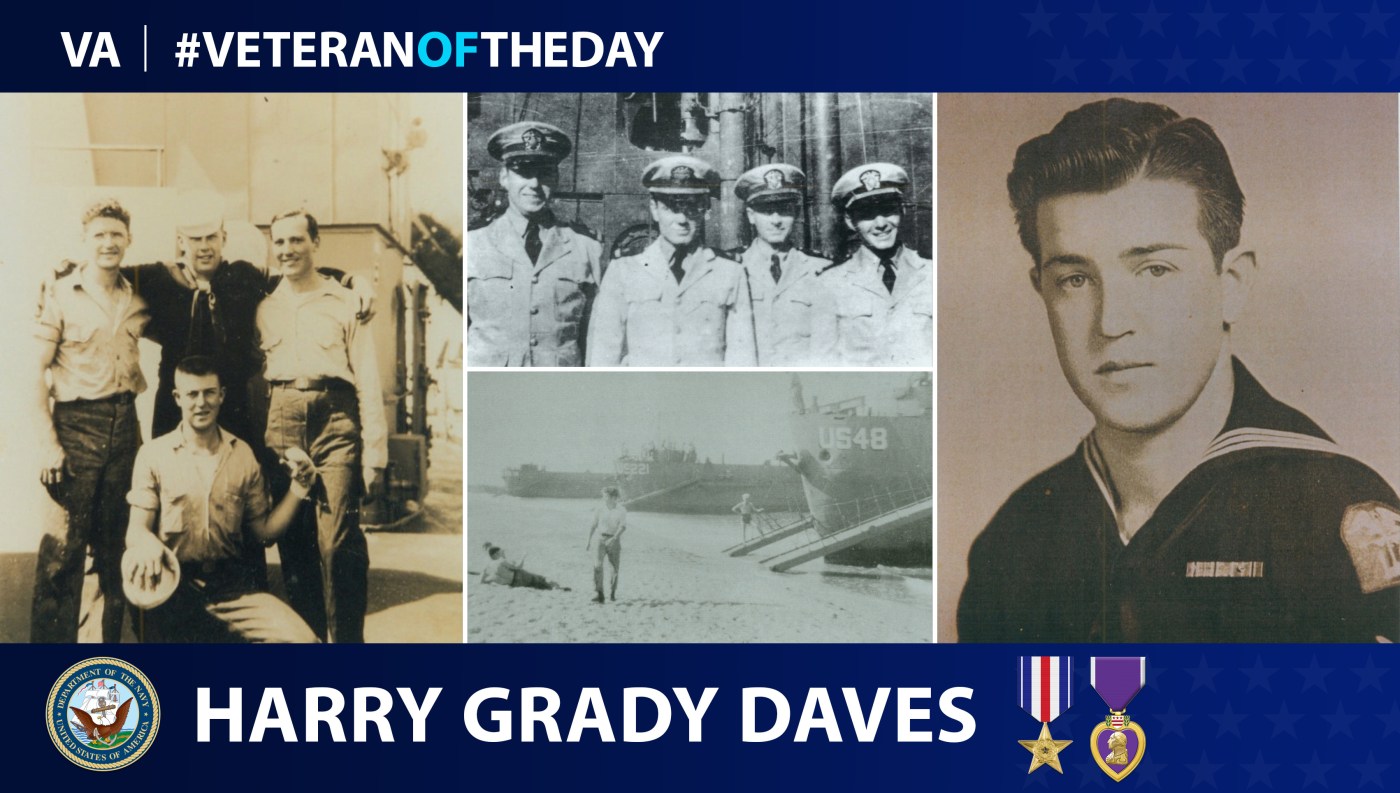 Harry Grady Daves, Jr., had just graduated from high school when Pearl Harbor was attacked. He wanted to enlist in the Navy but did not meet the age requirement, so his father signed him away, permitting his service. After boot camp in California, Daves was assigned to the USS Landing Craft Infantry 48, part of the 8th Amphibious Forces, a team of Navy and Marines establishing beachheads.

Before participating in these major landings, Daves and his unit were loaned to the British and French forces to help invade the island of Elba. Later, on July 16, 1943, Harry was manning his gun on the landing craft when shrapnel hit nearby. Later that day, another fragment hit him in the arm, earning him the Purple Heart.

After his discharge in Oct. 1945, Daves went to work as a machinist at Humble Oil Refinery, where he worked for 31 years until his retirement in 1977. He was also a chaplain for the Son’s of Confederate Veterans, an ordained Baptist minister, and president of the Jacob Shannon Evergreen Cemetery, a burial ground started by his ancestors. Daves died in 2008. More of his story can be found at http://memory.loc.gov/diglib/vhp/story/loc.natlib.afc2001001.11033/