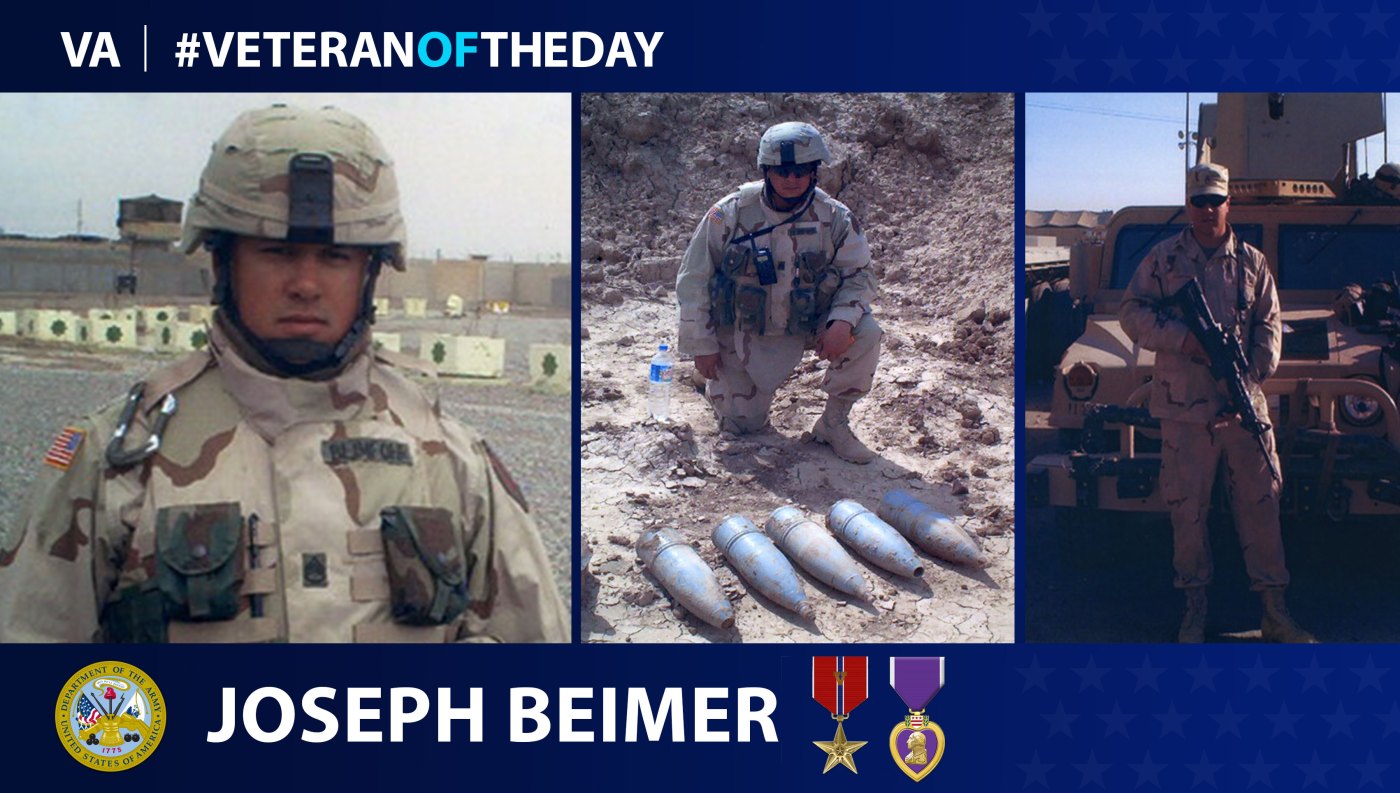 Today’s #VeteranOfTheDay is Army Veteran Joseph Arden Beimfohr. Joseph served during the Iraq War and served from 1995 to 2006.

Joseph Beimfohr enlisted in the Army at 17. At the time, he was living with his grandmother and did not have a lot of money, but he wanted to go to school. He completed 16 weeks of basic and advanced training to become a cavalry scout.

After basic training, Beimfohr was sent to Korea, where he was fascinated by the culture he was immersed in. After Korea, he was deployed to Iraq. One day. while searching a small town outside Baquba, Beimfohr was injured by an IED and lost both of his legs from amputation. Although Beimfohr went through a great deal of hardship because of his injuries, he was able to keep a positive outlook. He learned that he was stronger than he thought–and that limitations could be pushed as long as he put in hard work. Beimfohr believes that his injury has made him a stronger and better person.

He earned a Purple Heart and a Bronze Star for his actions.