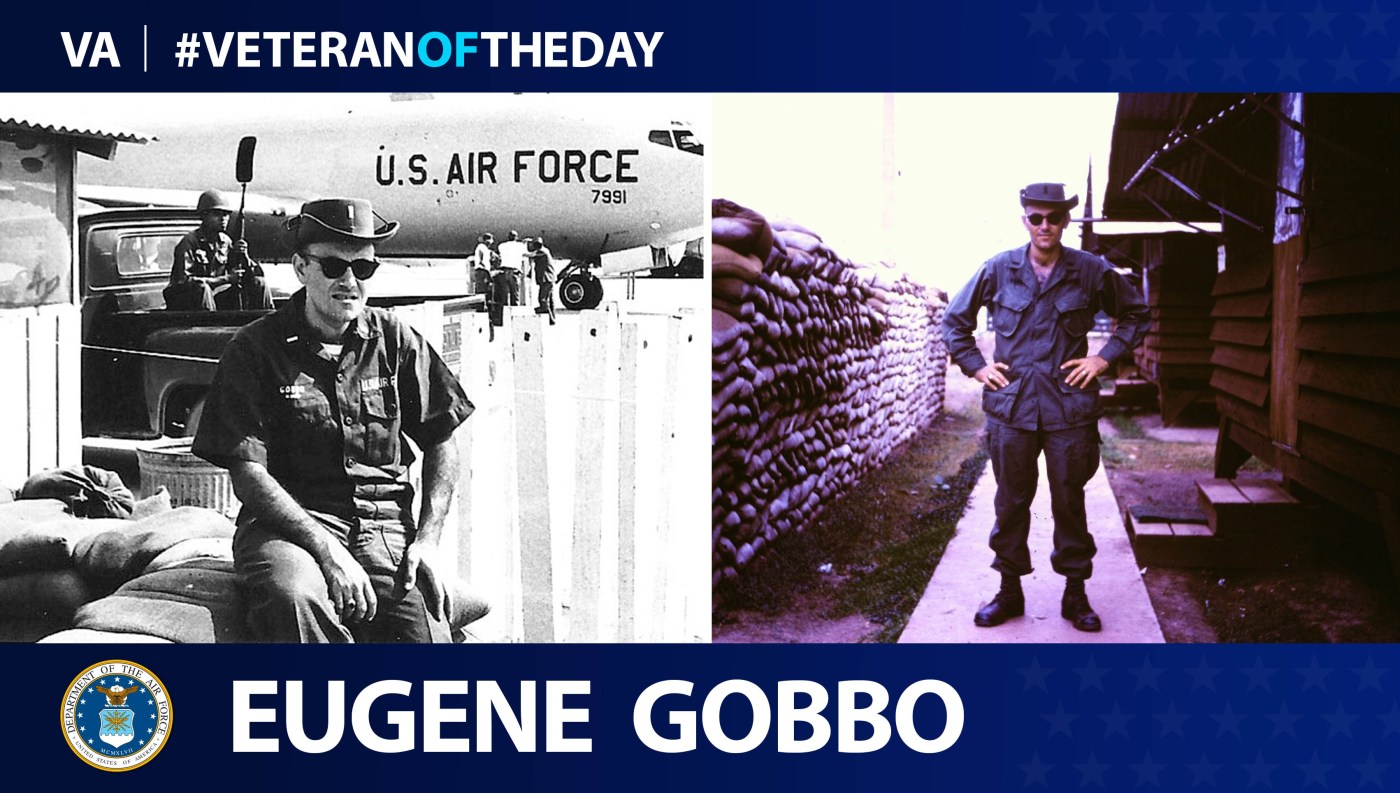 Eugene “Gene” Gobbo commissioned into the US Air Force as a transportation engineer following ROTC graduation at Newark College of Engineering (New Jersey Institute of Technology) in June 1964.

In his 30 years of active and reserve Air Force service, Gobbo retired at the rank of Colonel, and had earned a Vietnam Service Medal, Vietnam Campaign Medal, and the Air Force Commendation Medal.

Though he retired from military service to Sacramento, California, Gobbo hasn’t stopped working or serving. Throughout his reservist career, Gobbo had concurrently built civilian careers at the Federal Highway Administration and the University of California, Berkeley. In both roles, he earned multiple appreciation and engineering awards, including the California Small Business Administration’s “Bridging the Gap” for his work in uniting minority communities in California with the federal government.

Perhaps most fulfilling for Gobbo, though, has been his four decades of membership and service to the Knights of Columbus, a national and international Catholic men’s charitable organization where he has served in many leadership roles. In addition to this responsibility, Gene actively participates in regional stand downs for homeless Veterans; he also serves his local parish, and fundraises for a summer camp benefiting the intellectually disabled.

Thank you for your service, and for continuing to serve, Gene!