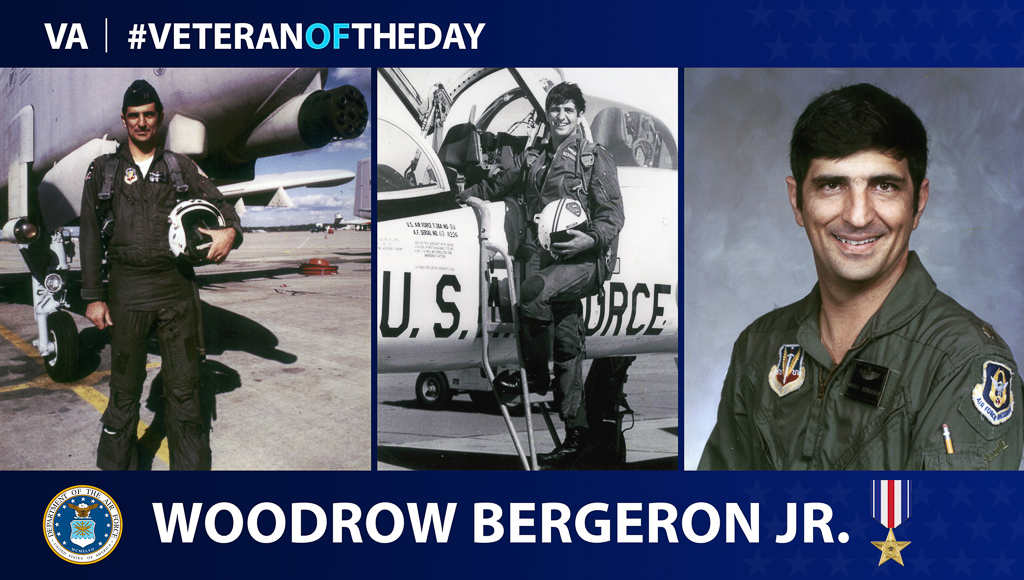 Woodrow Joseph Bergeron Jr. was born in Louisiana. He received an Air Force commission in 1967 to fight in the Vietnam War, but also served in Germany, Korea, England, and multiple stateside locations.

Bergeron served aboard an F-4 (part navigation, part pilot) for half of his career, and the other half in an A-10 (pilot and test pilot).

During the Vietnam War, Bergeron was part of the biggest rescue mission of the Vietnam War. While in flight, his trailing aircraft was shot after dropping its ordnance on the Ho Chi Minh trail in Ban Phanop, Laos. This trail was used to connect supplies from North Vietnam to South Vietnam.

First Lieutenant Bergeron and the pilot, Captain Benjamin Danielson, had ejected 65 miles away from the Nakhon Phanom Royal Thai Air Base in a jungle surrounded by limestone cliffs. As the United States tried to send helicopters in to rescue the soldiers, the enemy continued to shoot down their rescue attempts. Bergeron was cluster-bombed, napalmed, and shot at during this time but was never hit. This three-day rescue mission had a total of 336 sorties flown by Skyraiders and HH-3 and HH-53 helicopters.

Bergeron earned a Silver Star for his intelligence on enemy operations. After the war, he flew A-10 Thunderbolt II attack jets, then retired in 1987 as a lieutenant colonel.

Thank you for your service, Woodrow!