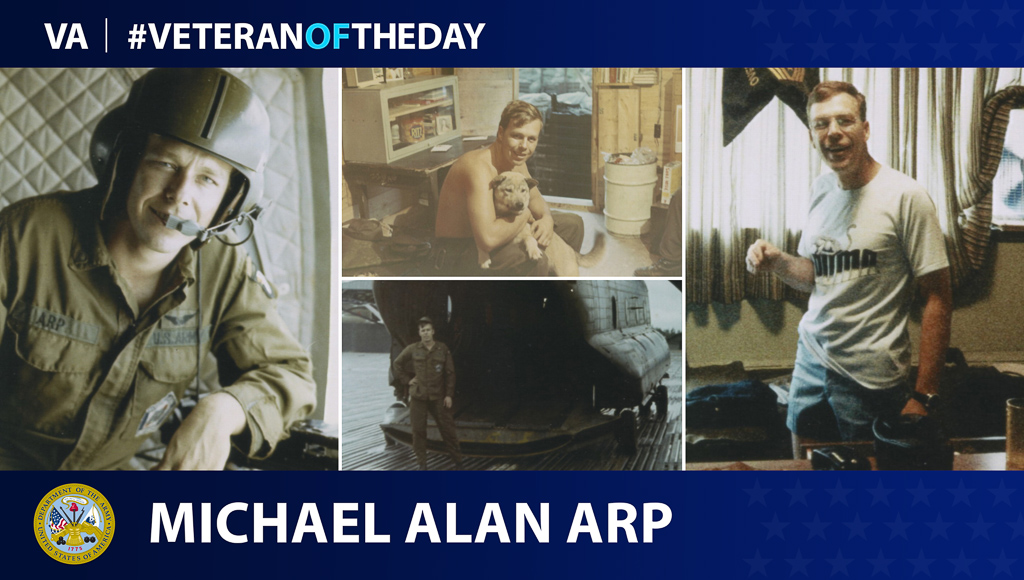 Today’s #VeteranOfTheDay is Army Veteran Michael Alan Arp. Michael served during the Vietnam War and Persian Gulf War. He served from 1970 to 1991.

Michael Alan Arp was born in Chattanooga, Tennessee, and came from a military family. Growing up, he dreamed of becoming an engineer. After graduating high school, Arp planned to attend DeVry University, but were derailed when he was drafted and sent to Vietnam.

During his time in the Army, Arp served in Company A, 159th Aviation Brigade, 101st Airborne Division and worked on helicopters. He later served in the Persian Gulf War, where he was promoted to First Sergeant. For his actions in service, Arp earned the Meritorious Service Medal, the Air Medal, and the Army Commendation Medal.

Thank you for your service, Michael!