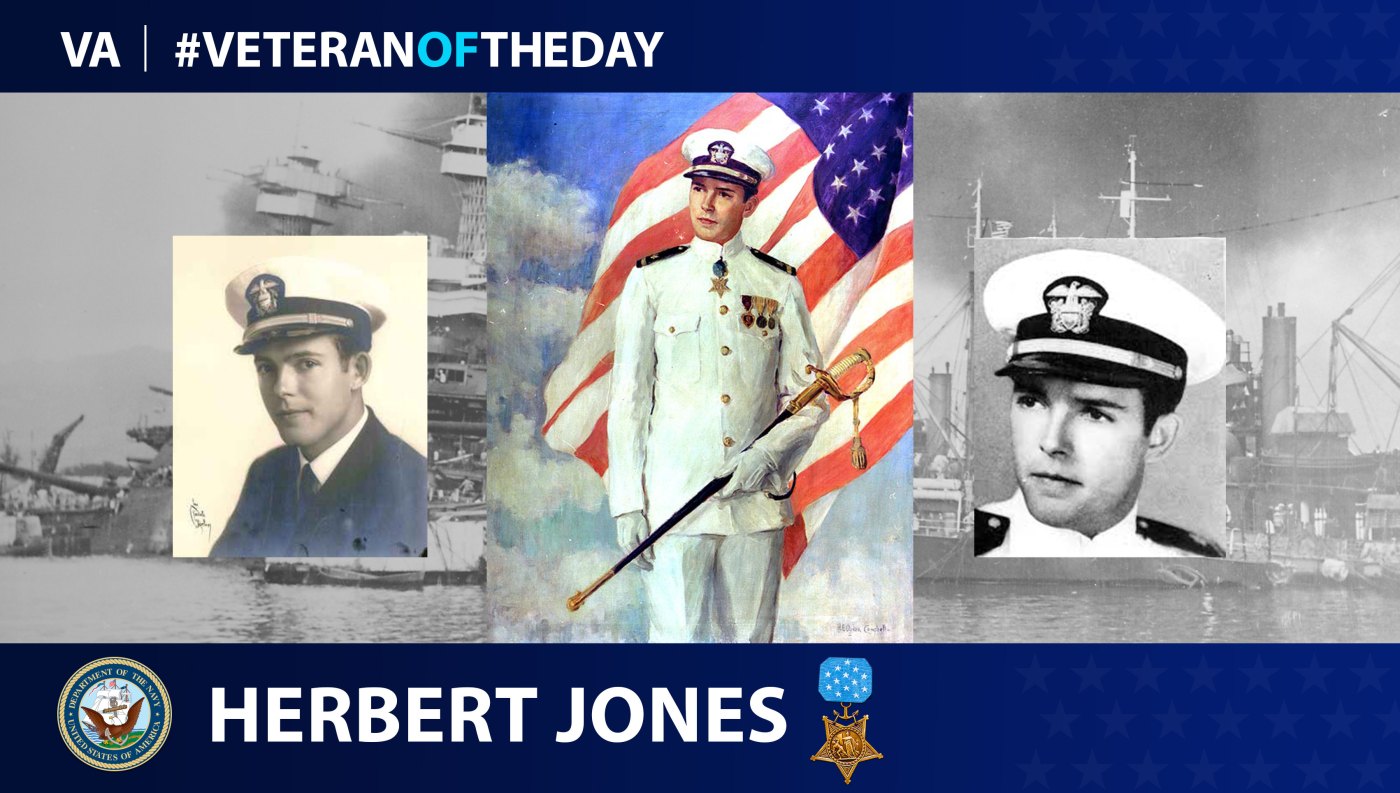 Today’s #VeteranOfTheDay is Ensign Herbert C. Jones, who served in the United States Navy from 1935 to 1941.

Herbert C. Jones enlisted in the United States Naval Reserve in May of 1935 at the age of 17. After receiving Midshipmen’s training on the drill boat Prairie State, he was commissioned an ensign in November of 1940. A couple of weeks later, he reported to the USS California in Pearl Harbor.

On December 7, 1941, he was on the deck of the California when Japan launched an air raid on Pearl Harbor.

During the first wave of the attack, the California sustained hits from a bomb and a torpedo. After rescuing an injured sailor from a smoke-filled compartment, Jones took command of an anti-aircraft battery as the second wave of the attack began. He fired his guns until he was out of ammunition. The torpedo hit had rendered the ship’s ammunition hoist useless. Jones then organized a party of volunteers to pass ammunition up by hand, but just as the rounds reached the battery, another bomb hit the ship, wounding Jones. He then refused evacuation out of fear for the lives of his rescuers.

We honor your service, Herbert.