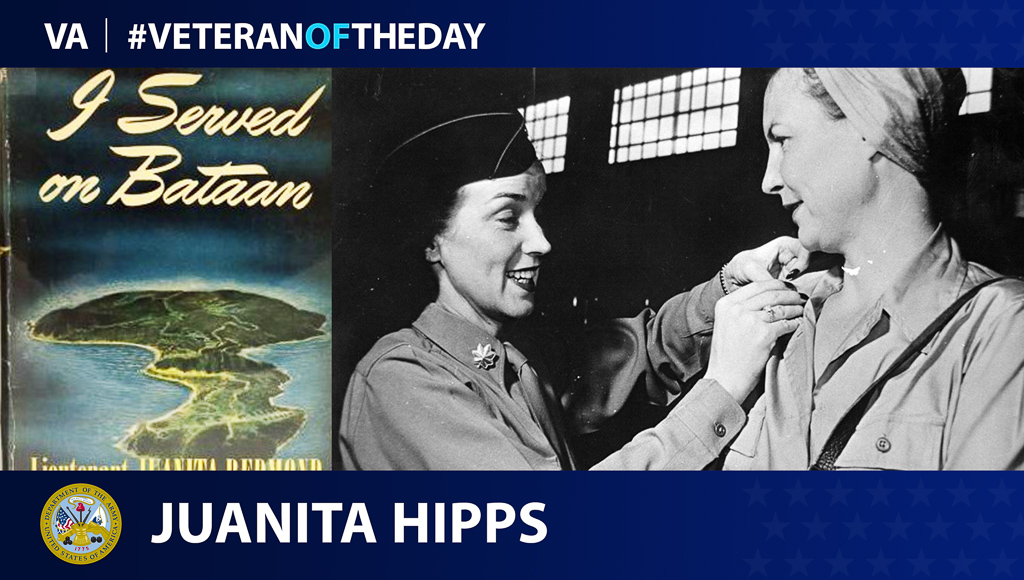 Today’s #VeteranOfTheDay is Lieutenant Colonel Juanita Redmond Hipps was a United States Army Nurse from 1936 to 1969.

Juanita Redmond Hipps trained as a nurse at South Caroline State Hospital and joined the Army Nurse Corps in 1936. She was sent to Manila, in the Philippines, soon after joining.

In 1941, following the Japanese attack on Pearl Harbor, she was assigned to Bataan where she became known as one of the Angels of Bataan. Unlike many of the nurses stationed in the Philippines, Hipps was evacuated to Australia prior to Japanese occupation. She spent the remainder of the war in the United States promoting war bonds and recruiting nurses for the war effort. She was awarded the gold flight wings and helped establish the United States Army Air Corps flight nurse program.

In 1943, her book I Served On Bataan became a bestseller and inspired the movie So Proudly We Hail.

For her service, she was awarded the Purple Heart, Bronze Star and three presidential unit citations.

Following the war, she married United States Army Air Forces Officer William Grover Hipps and had one son. She spent the remainder of her life following William to posts in the United States and around the world. She retired from the Army is 1969.

We honor your service!