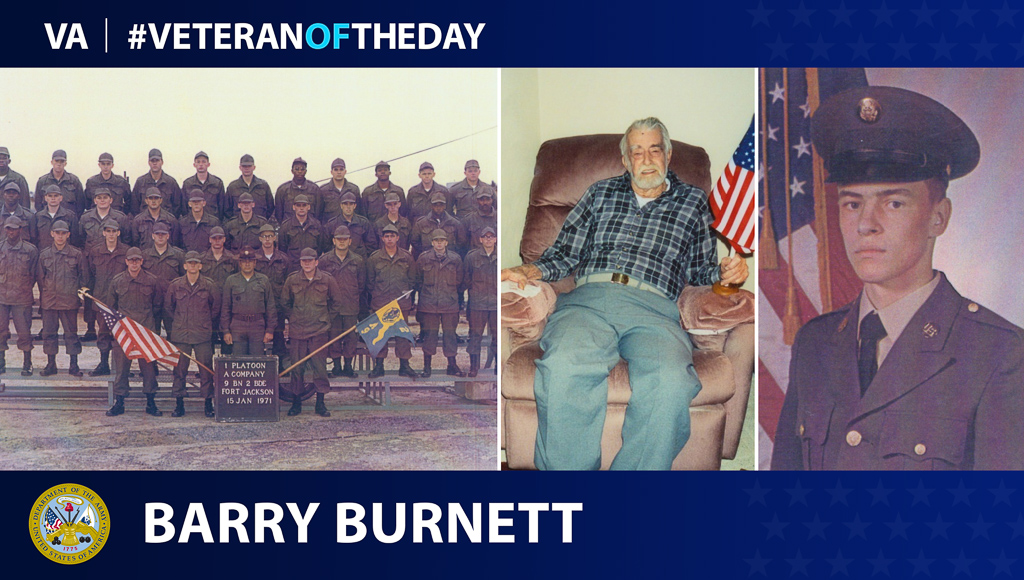 Today’s #VeteranOfTheDay is Army Veteran Barry A. Burnett. Barry served from 1970 to 1973.

Barry A. Burnett was born in 1952 in Salem, Indiana, and joined the Army in 1970. He attended basic training in Fort Jackson, South Carolina, and was then sent to Fort Devens, Massachusetts, for training by the Army Security Agency in basic Morse code.

Burnett was next assigned to the Attorney General’s office at the Pentagon in Washington D.C. In May 1972, he served in Baumholder, Germany, as a data processing clerk with the 708th Maintenance Battalion. During his service in Germany, Burnett traveled to Holland, London and Dunkirk.

Burnett completed his service in 1973 and returned Louisville, Kentucky. After his service, Barry used the GI Bill and attended Ivy Tech Community College where he completed an Associate Degree in Industrial Maintenance.

During his service, Burnett was awarded the National Defense Service Medal.

Thank you for your service, Barry!