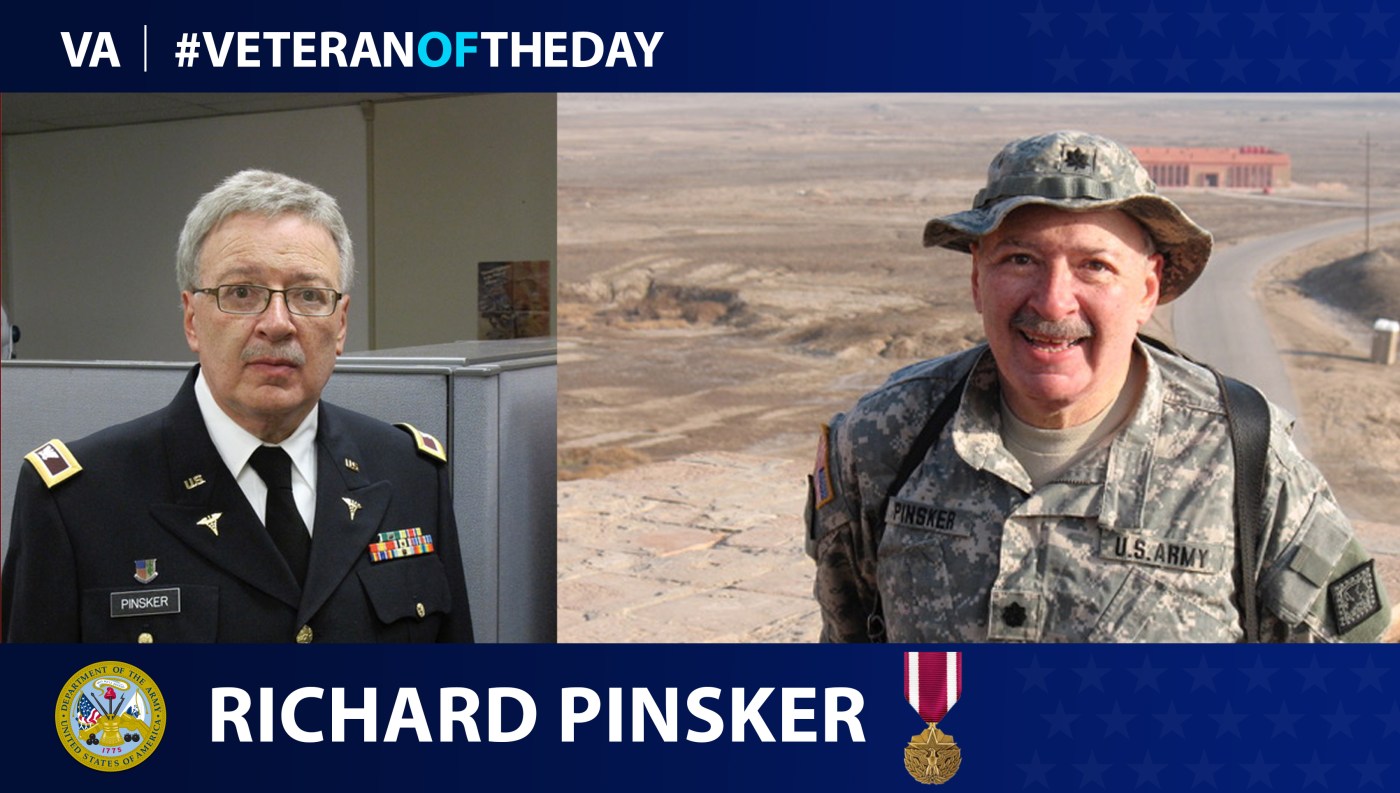 Following the events of 9/11, 56-year old Dr. Richard Pinsker left his position as the Internal Residency Program Director at Jamaica Hospital in Queens, New York, to join the New York Army National Guard. Having extensive prior experience in medicine, Pinsker was tasked with supervising medical care for over 12,000 soldiers, conducting Period Health Assessments and Fit for Duty physicals for the New York National Guard. In addition to his standard duties, he often volunteered for additional assignments and disaster readiness training programs at Floyd Bennett Field in Brooklyn.

In 2006, Pinsker began working at Camp Smith and in Staten Island, where he was responsible for ensuring the medical welfare of 12,000 National Guard soldiers. He also began tenure as a medical review officer for the Joint Substance Abuse Program. For his excellent work in this field over a sustained period of time, he was awarded the Meritorious Service Medal from the New York Army National Guard Medical Command.

In June 2006, following extensive flooding in and around Binghamton, New York, Pinsker volunteered to serve with the New York Army National Guard’s 204th Engineer Battalion in support of disaster relief operations. There, he treated civilians and soldiers suffering from Lyme disease, which become endemic to the region following the floods.

In 2007, at the age of 61, Pinsker volunteered to deploy to Iraq in support of Operation Iraqi Freedom, where he was assigned to the 213th Area Support Medical Company. As the Senior Physician at Contingency Operating Base Adder Troop Medical Clinic, he provided routine and emergency medical care to over 1,600 Soldiers, local nationals and civilian contractors. In addition, Pinsker was able to train other medics. In recognition of his service, he was awarded the Iraq Campaign Medal and his first Army Commendation Medal.

In 2010, at the age of 64, Pinsker volunteered for a second deployment in support of Operation Iraqi Freedom. At Contingency Operating Base Bucca, he served as the senior medical provider and physician for the 204th Area Support Medical Company, conducting split-based operations. In addition, he served as the theater consultant for endocrinology, providing medical care for over 2000 coalition forces, civilian contractors, and third-country nationals in and around COB Bucca. In recognition of his service during this deployment, he was awarded the Iraq Campaign Medal with Campaign Star and a second Army Commendation Medal.

Dr. Richard Pinsker retired at the rank of colonel.