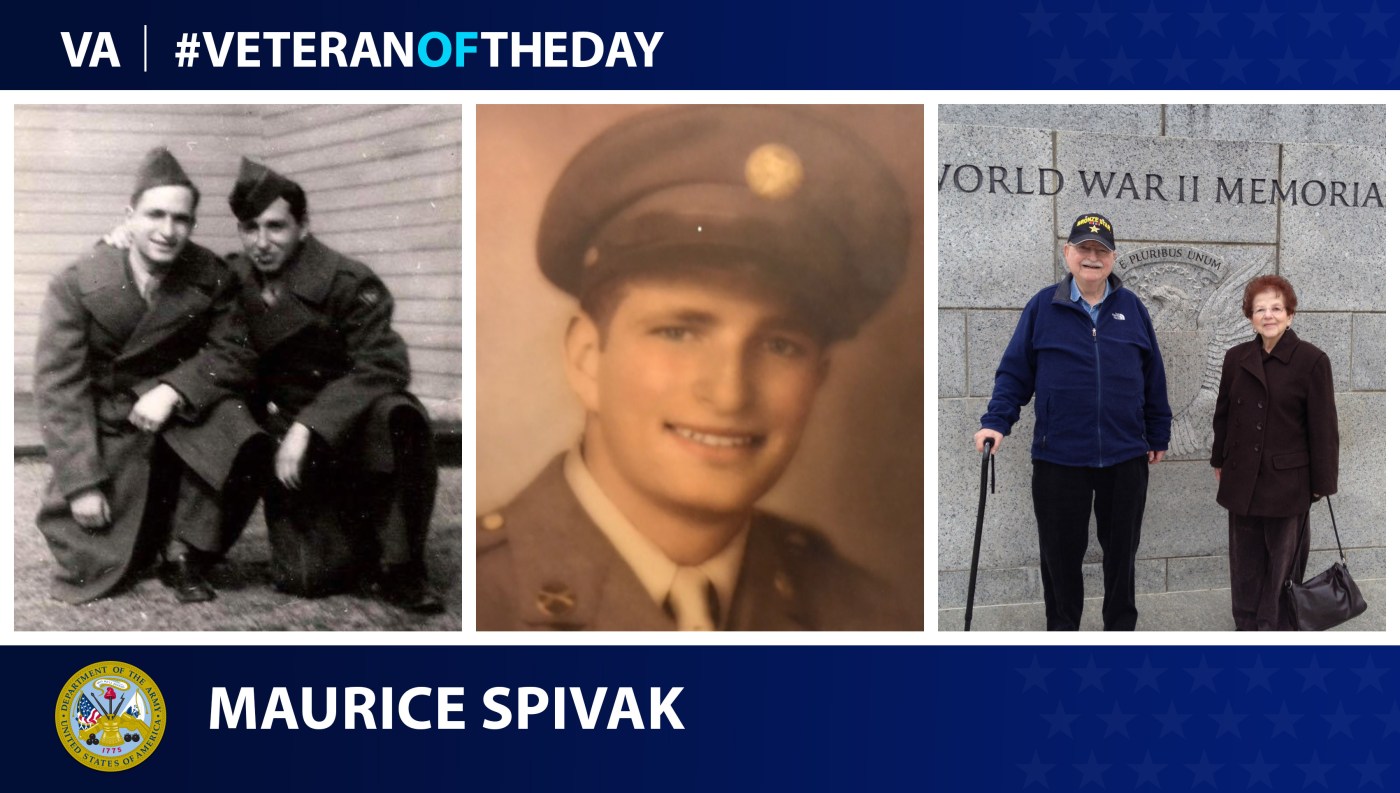 Today’s #VeteranOfTheDay is Army Veteran Maurice Spivak, who served during World War II and earned the Bronze Star for his actions in Europe.

Maurice Spivak enlisted in the Army on April 17, 1943, at the age of 17, and was selected to join the Army Air Corps.

Following his training, Spivak deployed to Europe and served under General George S. Patton. Throughout his combat deployment, he participated in several major battles, including the Battle of the Bulge and the push through the Rhineland.

During the battle for Saarlautern, on the French-German border, Spivak spent 13 days manning a fortified machine gun position in the cellar of a home. There, he and his unit faced heavy resistance from German troops. During a German counteroffensive, Spivak and his unit were directed to pull back from their position. After retreating, Spivak learned that some of his fellow soldiers had not yet made it out of the cellar. Upon learning some were still trapped, Spivak voluntarily returned to rescue them, for which he earned the Bronze Star.

As the war was ending, Spivak’s unit participated in the liberation of seven concentration camps, including the Mauthausen camp, where future Korean War Medal of Honor recipient Tibor Rubin had been held as a child.

Having been fluent in German, Spivak served as a special agent in the Counter Intelligence Corps immediately following the war. There, he was responsible for translating testimonies from German officers during the Nuremberg and post war trials.

After the war, Spivak was commissioned with the United States Naval Reserves, serving aboard the USS Champlain. In 1950, he graduated from The Citadel and earned post-graduate degrees in both bio-chemistry and civil engineering. He went on to work with the Department of Defense for 33 years and earned his doctorate in engineering at the age of 70.

Thank you for your service, Maurice!