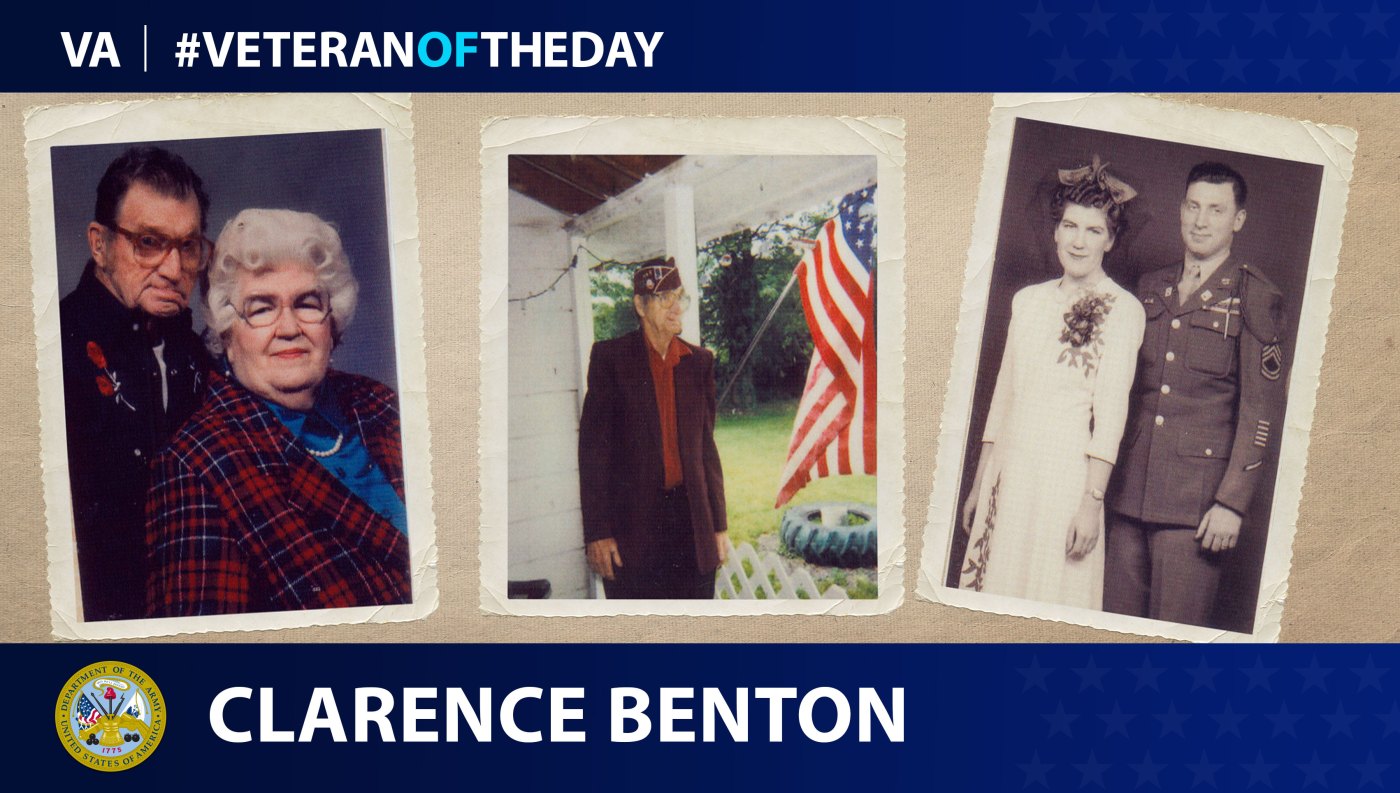 Today’s #VeteranOfTheDay is Army Veteran Clarence Benton, who served during WWII with the 1st Infantry Division in the Allied invasion of North Africa.

Clarence Benton was born in LaGrange, Ohio, in 1918, and was drafted into the Army in March 1941. He was sent to Camp Atterbury for basic training and then to Camp Blanding, Texas, for infantry training. After graduating infantry training, Benton was assigned to the 1st Infantry Division, Company A, 16th Infantry.

Benton served in Operation Torch, the Allied invasion of North Africa. During the invasion, Benton was injured from shrapnel and needed several months at a hospital to recover from his wounds. Later, after returning to battle, Benton was captured by enemy forces and taken to a prisoner of war camp in Tunisia. While in captivity, he attempted to escape by playing dead during an Allied  strafing attack. Benton was briefly successful, but was then recaptured. He remained in captivity for 30 days until the invasion ended, and was then transferred back to his unit.

After Operation Torch, Benton was sent to England to for the invasion of Sicily and then the D-Day invasion of France, where he landed on Omaha beach as one of the first waves of the invasion.

Clarence Benton died in 2015. He was 96. He enjoyed reading, farming, his grandchildren, traveling, and was part of VFW Post #1079.

We honor your service, Clarence.