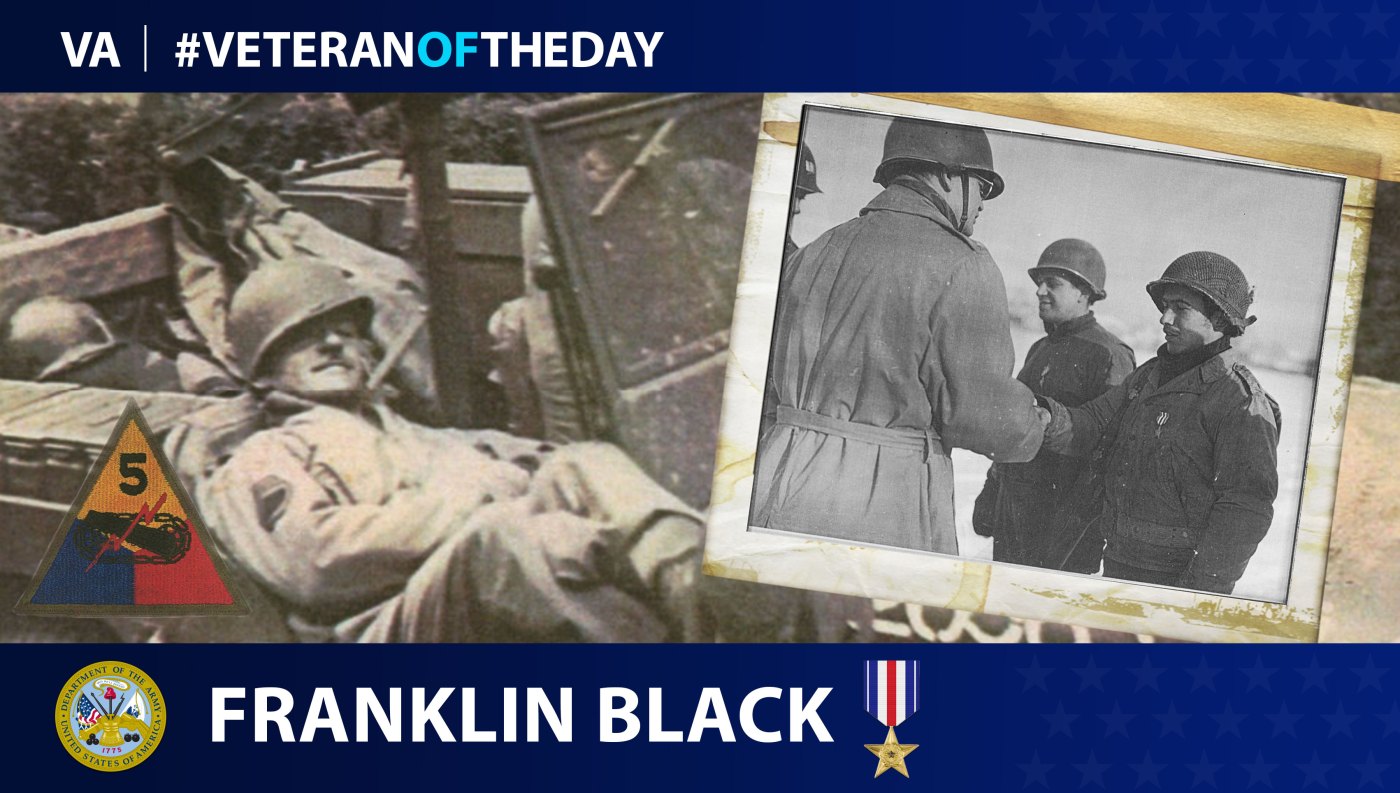 Today’s #VeteranOfTheDay is Army Veteran Frank Black, who served during World War II and for his actions was awarded the Silver Star.

Frank Black was inducted into the Army during World War II. After completing basic training, he was assigned as a rifleman to the 5th Armored Division and deployed to Europe. There, Black and his division fought their way through France, Belgium, Luxembourg, Holland and Germany. Throughout the war, Black and his division provided armored support with their M4 Sherman tanks to break through German positions, and coordinated with air units to direct close air support.

Black and the 5th Armored Division faced particularly heavy resistance from German forces in Belgium. During the battle for the city of Bergstein, Black’s unit was ordered to connect with another unit not far away. After volunteering for the dangerous trek, Black enlisted the help of another soldier. On their way down the road, Black stopped to investigate an abandoned German machine gun nest. There, the men encountered a German patrol. Out manned and out gunned, the men attempted to flee, but in their haste to escape accidentally ran into a German Panzer tank. The men were then engaged by the tank’s machine gun and dove into a shell crater for cover. The tank then began firing artillery shells at them in an attempt to break through their cover. After determining how long it took for the tank to reload each shell, the men waited for the tank to fire and then took off, managing to escape before the gun could be reloaded. For this, Black was awarded the Silver Star.

Black’s division continued its push through Europe, participating in the liberation of France and eventually crossing the Rhine into Germany. Following the end of the war, Black returned to New York City on the E.B. Alexander troop ship. He was discharged having reached the rank of corporal.

After leaving the service, Black returned to his home state of Pennsylvania, where he married and began a new career as a welder with the Crain Company and Pentex Foundry. In addition, he served as a member of the New Castle Area Honor Guard, the New Castle Veterans Council and the Civilian Conservation Corps.