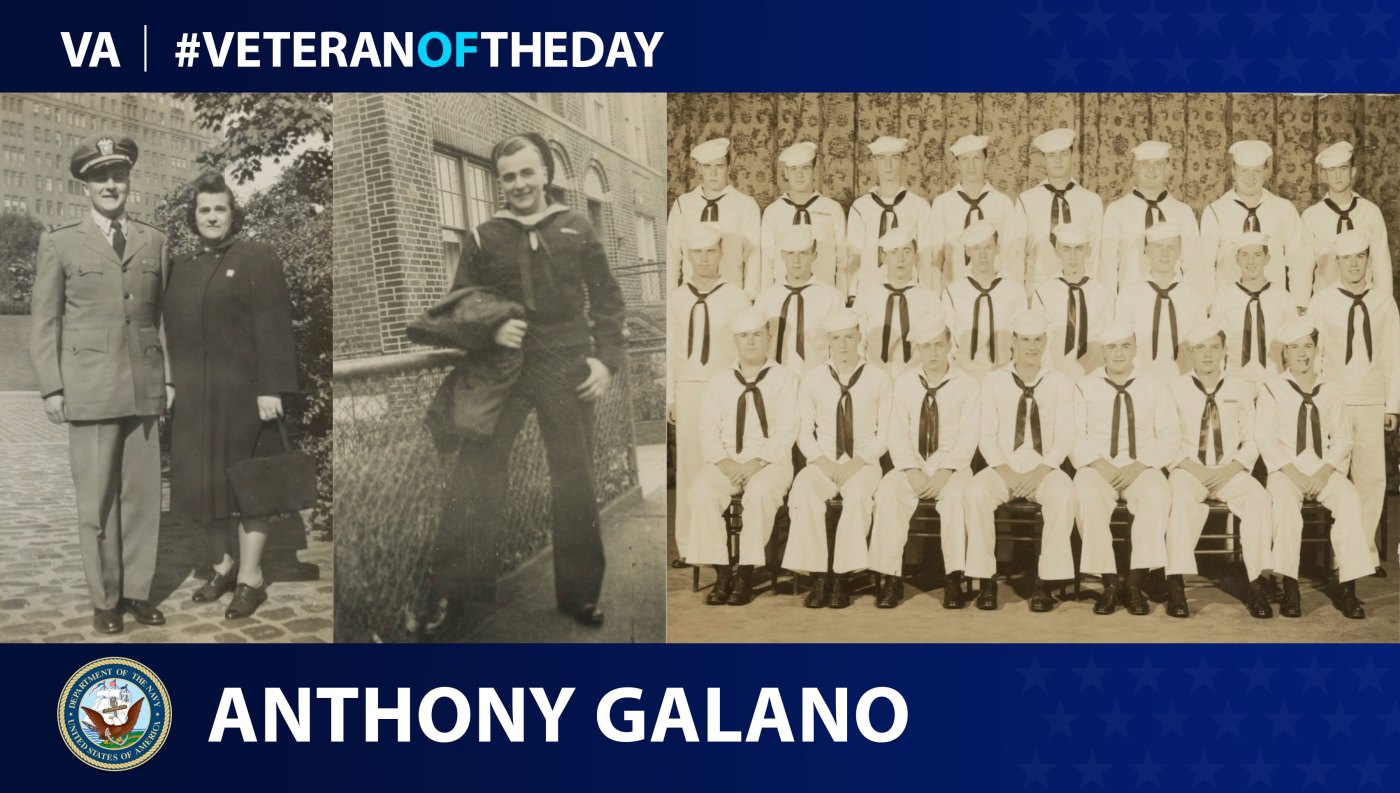 Today’s #VeteranOfTheDay is Navy Veteran Anthony Francis Galano, who served in WWII and retired from the Navy Reserves as a Commander in 1985.

Anthony Francis Galano was born in 1925 and graduated from Regis High School in New York City. Galano’s father was an immigrant from Italy who came to the United States when he was 16-years old and then served in the US Navy. Anthony followed in his father’s footsteps and enlisted in the Navy in 1943. He served in various locations with the Navy to include South Carolina and Hawaii.

Galano left active duty in 1946 and entered the Navy Reserves where he served until 1985, and retired at the rank of commander. During his service, he was awarded the Naval Reserve Medal, Armed Forces Reserve Medal and World War II Victory Medal.