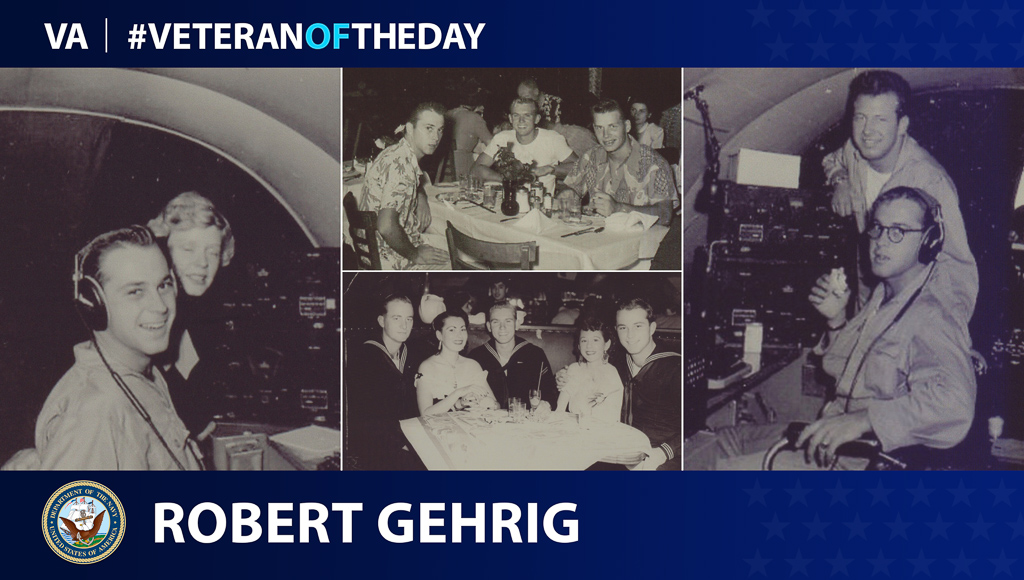 Today’s #VeteranOfTheDay is Navy Veteran Robert G. Gehrig, who served as a radioman during the Korean War and completed 1100 hours of flight time.

Robert Gehrig was born in 1929 in Oxnard, California. His inspiration to join the Navy stemmed from living close to Navy bases in California. After enlisting in the Navy, he completed basic training and was assigned to Alameda Naval Air Station, then sent to Hawaii as a duty driver for a captain. During his duty, Gehrig persistently asked that the captain send him to radioman school in Alameda and his request was finally fulfilled.

During his service, Gehrig completed 1100 hours of total flight time conducting trans-Pacific and local flights. His duty as a radioman onboard an airplane was to sit facing the tail with an altimeter and let the pilot know whether he was flying too low.

On Aug. 25, 1954, Gehrig was discharged from the Navy, then immediately enrolled at Sacramento Junior College, where he completed a degree in education. He went on to teach at the San Juan Unified School District. After teaching for a few years, he was accepted to Loma Linda University and completed a degree in physical therapy. Gehrig then opened his own practice next to the American River Hospital, where he worked for 18 years before joining another practice.