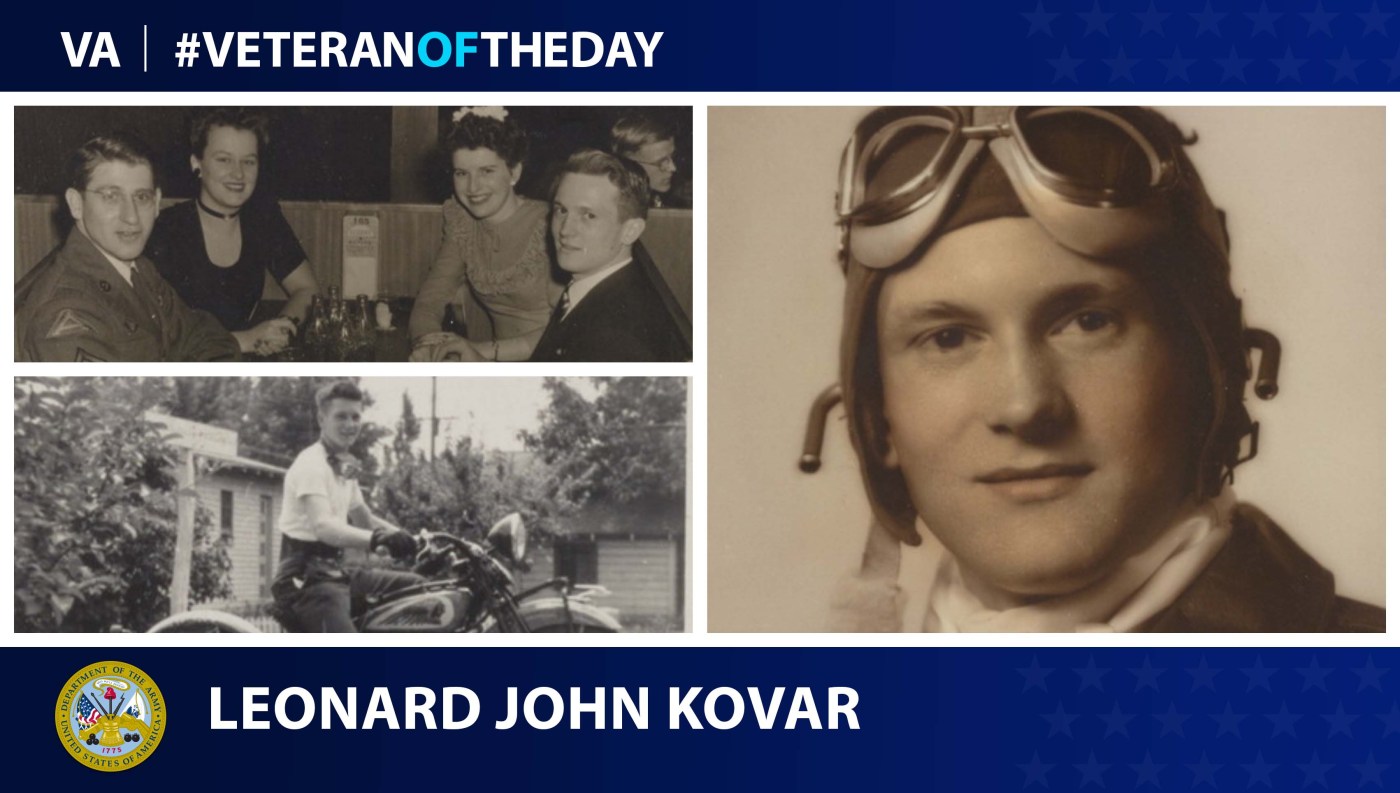 Leonard John Kovar always wanted to be a pilot, so he enlisted in the Army Air Force in 1943. He was sent to San Antonio for basic training and then to Harlingen, Texas, to become a pilot. Kovar failed the pilot program and instead became a bombardier. After training, he was assigned to the 451st Bomb Group, part of the 727th Squadron.

On his first mission overseas, in the war, Kovar’s plane lost oil, and he had to abort the mission. On his 11th mission in August 1944, his plane sustained heavy enemy fire, before catching fire. He and the rest of the crew ejected from the aircraft. When Kovar bailed out, he was hit by shrapnel in the foot before landing in a Hungarian forest.

Kovar tried to find Americans, and successfully evaded capture for a while, sticking to the woods. But one night, while in a town getting water, he was captured by Hungarian soldiers who gave him water but turned him over to the Germans. He was taken to an old prison in Budapest where he was interrogated by a German officer. The officer offered him a cigarette before asking his rank and serial number. Kovar answered, but would not tell him his unit. He was then put on a boxcar and transported to Stalag Luft III, a POW camp.

The train passed through Vienna during an air raid. Kovar remembers there being little food in the POW camp, and he was not there for long before he could hear advancing Russian artillery. The prisoners were soon marched out, walking for two nights and a day without any food or rest. It was cold. They stopped at a brick factory with a big kiln to warm up before moving forward again. Kovar then got onto another box car headed for Nuremberg, where he’d remain for the rest of the war.

After the war, Kovar used his GI Bill for college and then seminary school. He wrote a memoir of his time as a POW, WWII Prisoner of War: How I Survived.

Thank you for your service, Leonard!