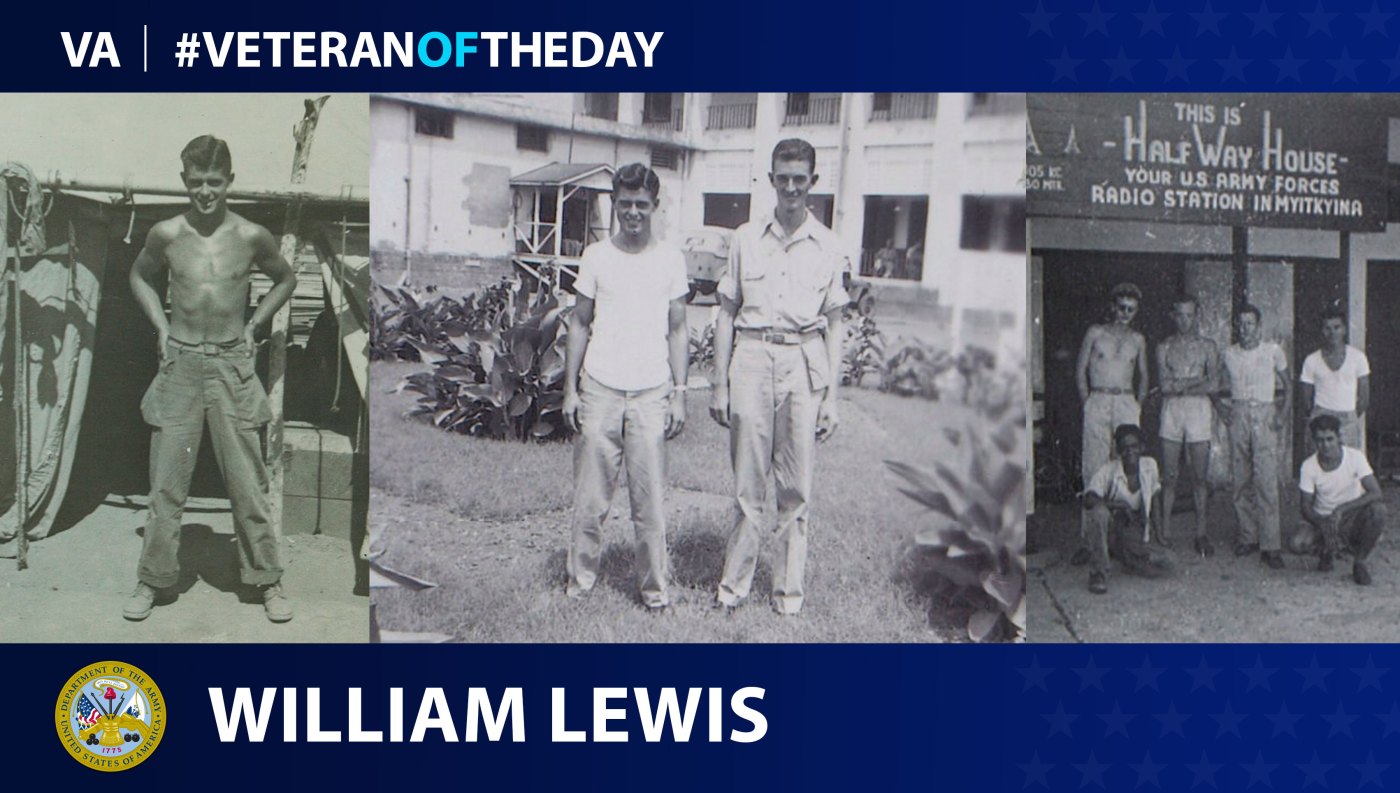 Today’s #VeteranOfTheDay is William J. Lewis, who served with the army in the China-Burma-India theater during World War II.

According to William J. Lewis’ Army recruiter, Lewis couldn’t enlist because his outside-the-military-but-for-the-war-effort job was too important. When Lewis tried to quit his job, the president declared that he and all other employees must continue working there for the duration of the war. But Lewis really wanted to serve in the Army, so he left town.

Lewis had previously tried to enlist at Fort Monarch, but was denied. When he left town, he tried at Fort McPherson. On his work history form, he wrote unemployed. A few days later, after Lewis had sworn in, the FBI came looking for him, wanting him to return to his job. But since he had already sworn in, he couldn’t return. Lewis stayed at Fort McPherson for a few months before volunteering for a secret mission.

Lewis trained for that mission in North Carolina. The training was so intense, he said, that five men died during training, and one of his friends was injured when he was unable to dig a hole deep enough before tanks drove over the holes. After completing training, Lewis left for India, where his engineering unit built a road that connected to Burma. It was hot and humid, and it often rained. Lewis’ boots were rarely dry.

Lewis was discharged in 1946, and then struggled to go out in public after the war. He didn’t feel right wearing civilian clothes, and also battled with nightmares. He began working at his father’s construction company, eventually and successfully carrying on the business. William Lewis died in 2018. More of his story can be found at http://memory.loc.gov/diglib/vhp/story/loc.natlib.afc2001001.02330/.