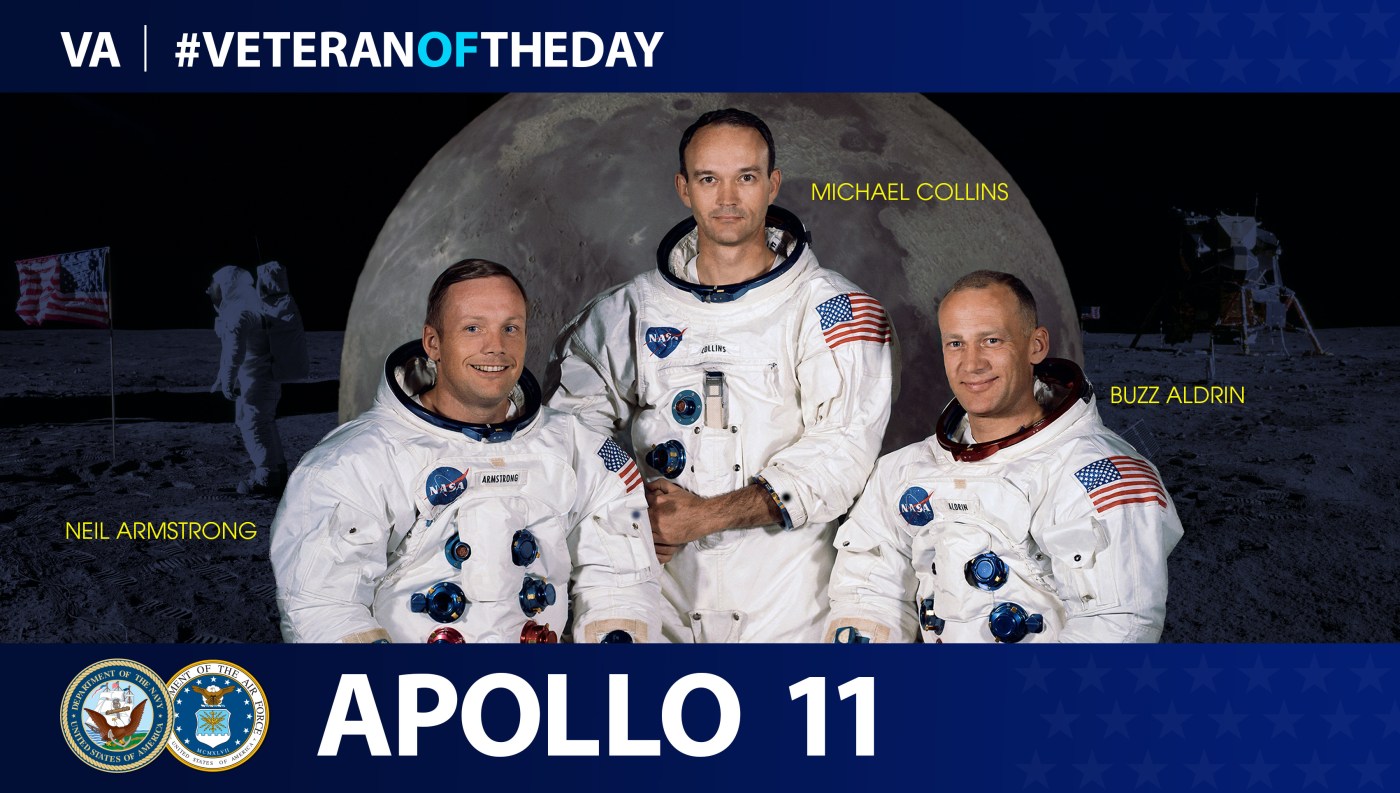 In honor of the 50th anniversary of the first lunar landing, today’s #VeteranOfTheDay is the men of the Apollo 11 crew: Navy Veteran Neil Armstrong, and Air Force Veterans Buzz Aldrin and Michael Collins.

Apollo 11 was the first manned mission to land on the Moon. Neil Armstrong and Buzz Aldrin took the first human steps on another planetary body on July 20, 1969. The Apollo 11 crew consisted of Commander Neil Armstrong, civilian test pilot, Command Module Pilot Michael Collins and Lunar Module Pilot Edwin (Buzz) Aldrin, both U.S. Air Force pilots. The primary mission of Apollo 11 was to perform a manned lunar landing and return safely to Earth. It successfully paved the way for the Apollo lunar landing missions to follow.

Apollo 11 Commander Neil Alden Armstrong was born in August, 1930 in Wapakoneta, Ohio. From 1949 to 1952, he served as a U.S. Navy aviator, flying 78 combat missions during the Korean War. Command Module Pilot Michael Collins was born October 31, 1930 in Rome, Italy. He was an Air Force pilot who was chosen for advanced day-fighter training at Nellis Air Force Base, Nevada, flying F-86 Sabres. Lunar Module Pilot Edwin (Buzz) Aldrin was born January 20, 1930 in Montclair, New Jersey. He flew F-86 Sabre jets in 66 combat missions in the Korean War with the 51st Fighter Interceptor Wing based at Suwon Air Base, Republic of Korea.

As Armstrong took his first step on the Moon’s surface, he uttered those famous words, “That’s one small step for man, one giant leap for mankind.”

Armstrong and Aldrin spent 21 hours, 36 minutes on the Moon’s surface.

We honor your service, Apollo 11 Crew!