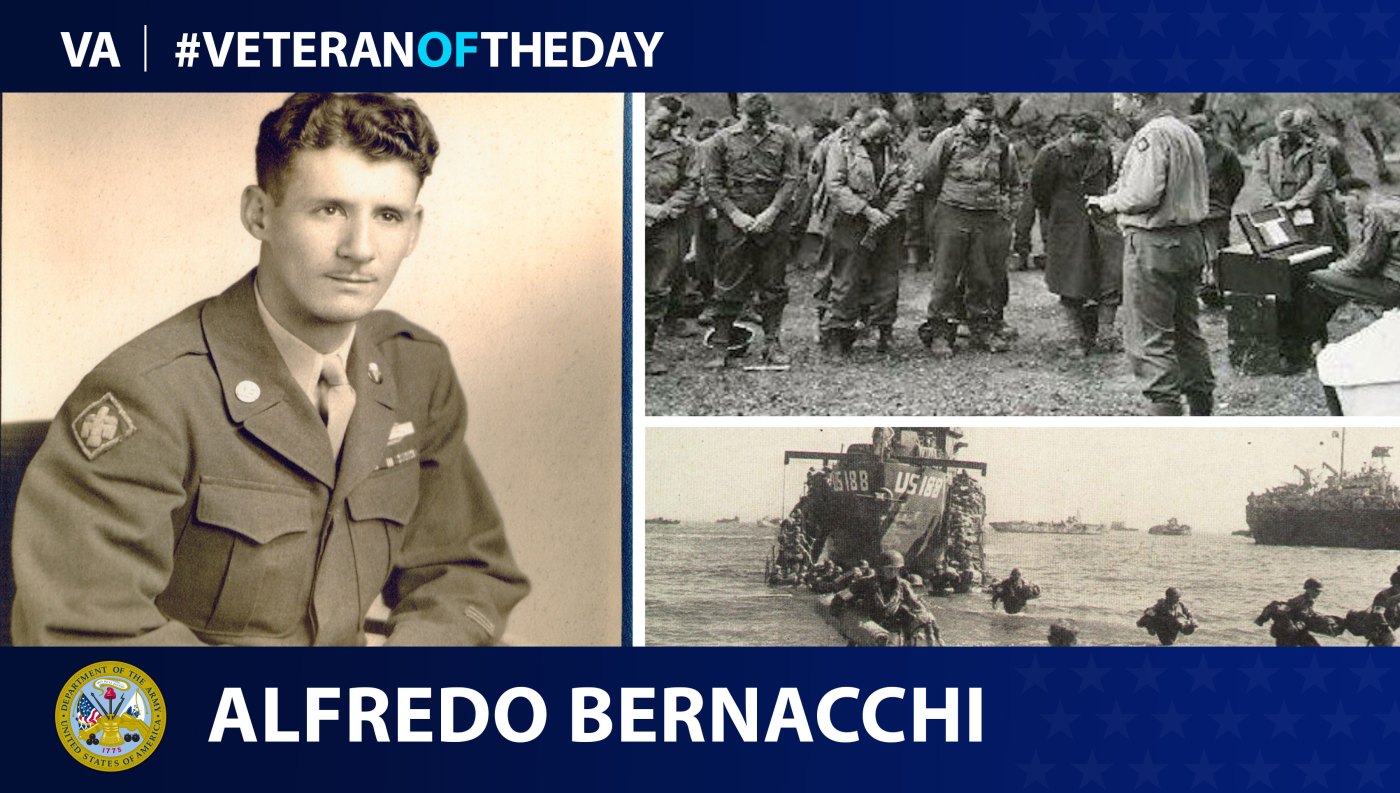 Today’s #VeteranOfTheDay is Army Veteran and former POW Alfredo Bernacchi, who served during World War II from 1943 to 1945.

Alfredo Bernacchi was born in 1918 in San Francisco, Calif., but grew up in Chicago, Ill. Bernacchi’s parents emigrated from Italy to the United States. At 25, Bernacchi was drafted into the Army as an infantryman, and then was assigned to the 179th Infantry of the 45th Division.

Bernacchi fought in Anzio, Italy, and was captured by German forces on Memorial Day. He was then forced to march 20 miles a day all the way past Rome. After his tour of combat duty, he was assigned for administrative work in the military hospital in Naples, Italy, because he could speak Italian.

Bernacchi was discharged after three years, then used the GI Bill to go to a university and earn a bachelor’s degree in business sdministration.