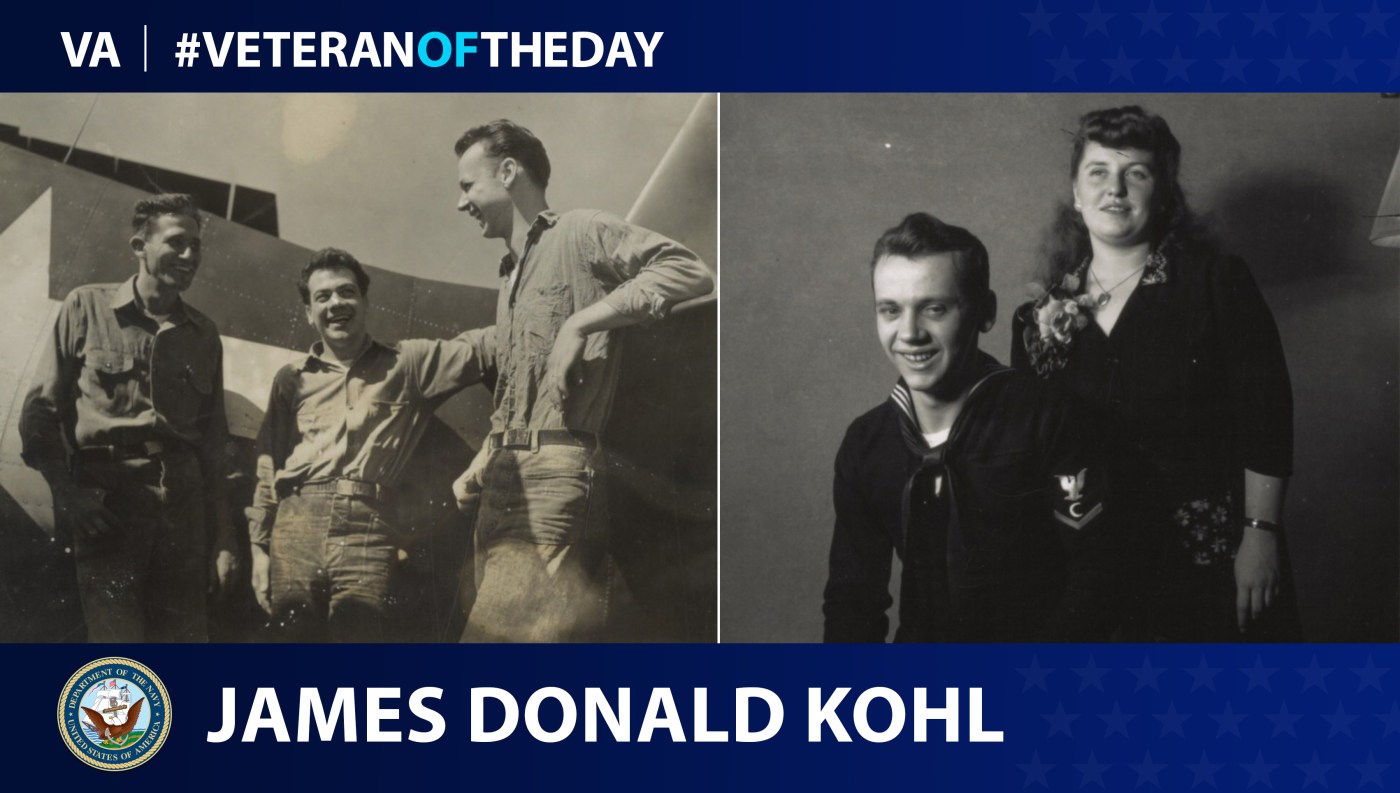 Today’s #VeteranOfTheDay is James Donald Kohl, who served in the Navy during World War II and was in Tokyo when the Japanese surrendered.

When the second war began, James Donald Kohl enlisted in the Navy to help out his struggling family. He trained in Norfolk on an aircraft carrier, but in 1943 he was assigned to a new kind of ship, a converted light cruiser called the USS Independence.

Kohl’s first training mission was in Trinidad, and the ship later sailed through the Panama Canal. They then went to California and the Marshall Islands. Kohl at first was assigned to the gunnery, but was transferred to the gallery as a cook. At one point, he remembered, three torpedoes hit the ship; however, only one exploded. He was on the midship and quickly got up to the hanger deck. The ship was taking on water, but the crew pushed on to a small island to patch it up. It was good enough to make it to Pearl Harbor for more extensive repairs. On it’s next mission, the USS Independence hit a typhoon in Leyte Gulf, and the ship listed 37 degrees to the starboard side. Kohl thought it was going to tip over. Later, the ship was in Tokyo Bay when Japan signed the treaty to end the war.

Kohl spent another year in the Navy at Hunters Point, Calif. He was discharged in 1946 and moved to San Francisco. More of his story can be found at http://memory.loc.gov/diglib/vhp/story/loc.natlib.afc2001001.87202/.